It’s a pity that Risen couldn’t deliver on its potential, but it is still leagues ahead of the typical mass-market faith-based films. [dropcap]B[/dropcap]iblical/Christian films are largely hit or miss in terms of quality. The reason I personally believe for this, albeit because I’m quite cynical, is that many of the filmmakers involved fail to do much to ensure that their film is in fact actually a good movie, and instead they rely on the built in market of followers of their faith to buy it no matter what. This does not always have to be the case however. Consider Ben-Hur (the classic edition, not the remake): in many ways, it is a spiritual, Christian movie, but it is still a cinema classic at the same time because great care was taken to produce it to be good movie at the same time. Risen doesn’t quite hit those lofty heights, but its premise is incredibly interesting, and most of the time it veers very close to greatness, even if it somewhat misses it by the end.

On the surface, Risen appears to be just another retelling of the crucifixion but from the Roman’s point of view. We are introduced to Clavius (Fiennes) a legionary busy putting down a Hebrew revolt. We see him fighting with a man named Barabbas, the figure famous for being pardoned in place of Jesus. However, we quickly understand that this story is taking a different route when, rather than being arrested, Barrabas is executed. It turns out that this story takes place after Jesus (Curtis) has already died on the cross, and the central plot involves Clavius being ordered to ensure that the followers of Jesus do not attempt anything with his corpse. When, naturally, the body vanishes from its tomb; Clavius is sent out to ensure that it is not used as a rallying cry for the budding Christian population.

The first part of the movie is, at its core, a detective/whodunit piece. We get a great feeling of the urgency experienced by Clavius. He has far bigger plans than to be stuck in this backwater assignment and to be so put out by what he sees as crazed Jewish radicals from a forgotten province is offensive to him. The second part of the movie, where he discovers the truth and goes from cynic to teary eyed believer is less effective, I believe. Jesus is a very ethereal character in this film: generically good and holy and amazing with no real exploration of why these people are so devoted to him and why they would lay down their lives for him. We are given this great question at the start about why everyone cares so much about this divine figure when, from the Roman point of view, it makes no sense at all, but by the end the answer seems to be just that Jesus is amazing because he is Jesus.

However, Fiennes gives a very good performance, as do some of the lesser supporting characters, and the first half of the movie is a very interesting exploration of the Roman condition in Judea. 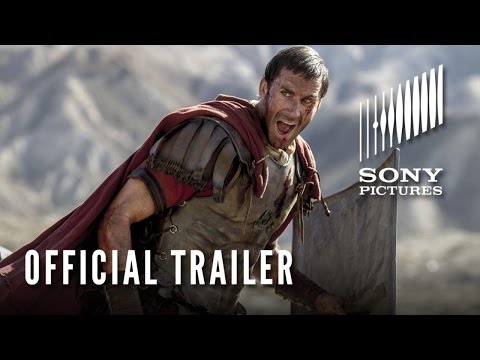