by Deville Louw
in Uncategorized

Since it’s release on Xbox One, PlayStation 4 players couldn’t wait to finally get their hands on the critically acclaimed Rise of the Tomb Raider.

If the latest leaked information regarding Rise of the Tomb Raider is to be believed PlayStation 4 players might not have to wait that long as an Italian Gamestop has revealed the game’s potential release date as the 11th of October 2016.

Leaked Shadow Of The Tomb Raider Screenshots Reveals A Spoiler

New Shadow Of The Tomb Raider Trailer Has Tombs And Alpacas

Nothing has been confirmed yet but if the leaked info is to be believed it seems the game will be full price (which is no surprise seeing as it is a new release on the PS4). We just hope that the PlayStation 4 version will include the Baba Yaga: The Temple of the Witch DLC.

Hopefully, Rise Of The Tomb Raider‘s release date will be officially announced soon. Until then, we just have to patiently wait a little longer.

“What makes someone reach beyond the boundaries of human experience….to face the unknown? As children, we question the world around us. We learn, we accept, and gradually, we lose our capacity for wonder. But some do not – the explorers, the seekers of truth. It is these pioneers who define the future of mankind.” 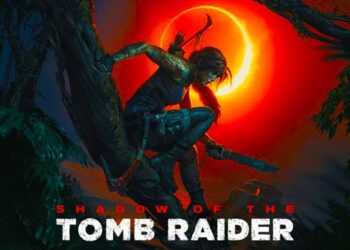 Leaked Shadow Of The Tomb Raider Screenshots Reveals A Spoiler