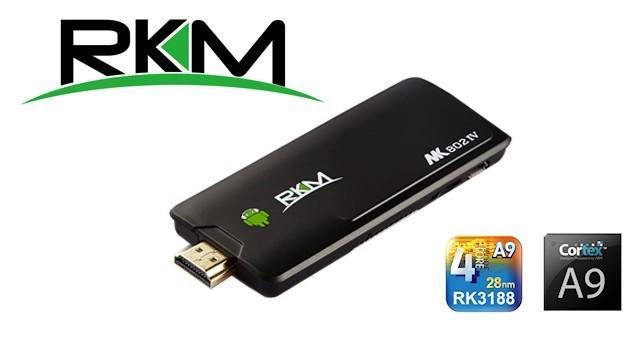 The age of ‘mini computers’ is well and truly back. Mini PCs of yesteryear featured devices such as Apple’s Mac Mini, which now are not so “mini” in comparison. With the launch of Google’s $35 Chromecast, the spotlight is once again on the mini PC, after last year’s release of the $25 Raspberry Pi (model A) and the $35 (model B). Rikomagic has been at the mini PC business for years now, recently releasing the MK802 IV Mini PC. 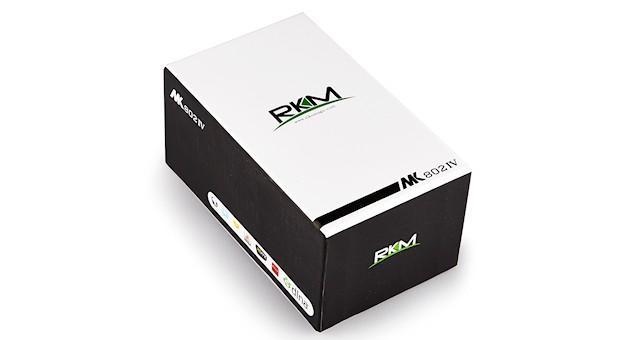 If you’re still unsure at to what the RKM MK802 IV is, think along the lines of a USB-sized PC that’s able to connect directly to your TV/monitor and use as a media player (without any alterations). The MK802 IV is the sixth generation of the MK802 series, which was released in May 2013. Unlike the developer-oriented Raspberry Pi, the MK802 comes pre-installed with Android 4.2.2*, making it easier to use off the bat with connection via the HDMI output. Since it runs the Android OS, you’re pretty much able to run most of the same applications you would normally on your smartphone. 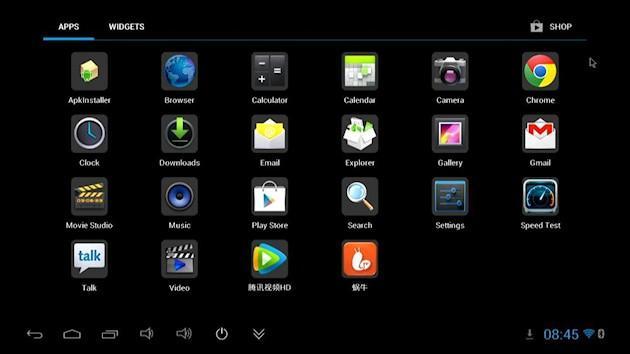 The MK802 is quite a useful, and powerful computing tool, not just to be used as “Android TV sticks” for which to play/stream movies. The term ‘ARM-based device’ is also not a true reflection of this type of mini PC, as the MK802 will soon be capable of running a version of Ubuntu called PicUntu. This is where the MK802 comes into its own; being able to be used as a PC or other developer projects. There is a lot of invested interest with the technology, with updates soon to provide more developer options, including XBMC support.

If at this stage you’re still set on opting for the more popular Raspberry Pi, you may want to examine all the options. Despite a much higher price of R1300, the MK802 has its advantages. The MK802’s hardware specifications include a Rockchip RK3188 Quad-core ARM chipset running Cortex-A9 at 1.6 GHz CPU. In addition, you’ll also find standard 2GB DDR3 RAM, 533MHz Mali-400 GPU (with OpenGL ES2.0 and OpenVG 1.1) and 8GB/16GB internal storage. And then there’s the build-in Wi-Fi and Bluetooth support, two microUSB ports (x1 USB 2.0, x1 OTG), one USB port and an SD card slot. The added plug-and-play capabilities also allows for easy connection of your USB keyboard and mouse, or even the USB receiver for wireless devices. 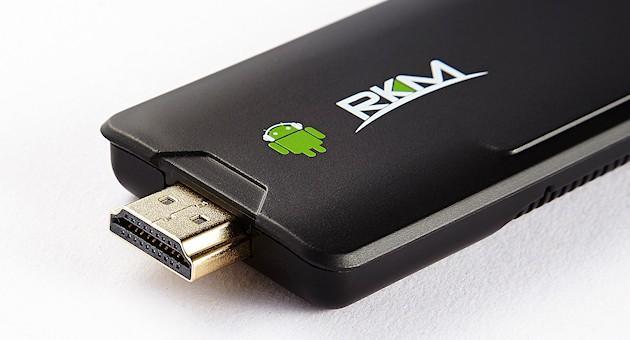 Running most of Android’s apps and features work as it would on your phone, making for a fairly easy learning curb. Video apps run smoothly, even when playing movies in HD over some time. The same level of distinction is yielded when listening to music. Where it does become a little tricky is playing games. Although there aren’t any issues in the graphics department, games that require more than a single input at a time isn’t as ideal. One would have hoped the keyboard would, on some level, simulate the touch controls (left for swiping left, etc.), but this is more of a limitation with the games not supporting this functionality as opposed to the device itself. There are a few downloadable keyboard gesture apps that aim to eliminate some of the strain.

All in all, my experience with the RKM MK802 IV was impressive, apart from a concerns of heating. In the end the, though, this was just a concern, as temperatures never reached as high as I’ve seen even on industry leading smartphones. Unlike the tablet, the mini PC has more use (for me at least), being able to act as both a media player, play games, or convert into a full developer platform if you have the time and patience.

For more details and to order, you can visit: www.rikomagic.co.za