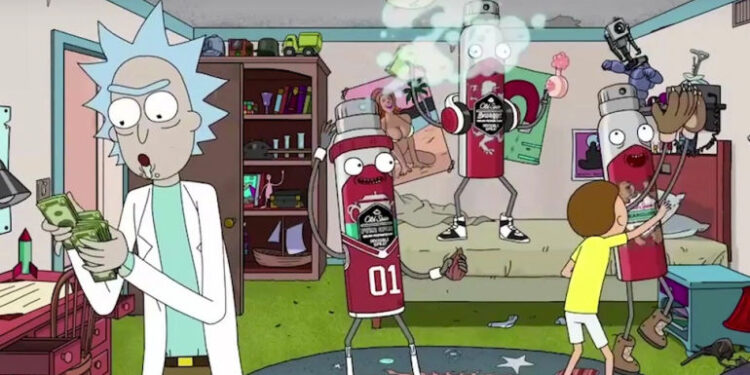 By now many of know that Rick and Morty are far from conventional. And their latest official outing in an Old Spice ad proves it. Not that it needed additional proof. While it may seem a simple cash grab from the creators to sell-out their show, Rick makes this very clear as he’s left counting the cash by the end of it. But, amidst all the chaos that ensues, a fan-favourite character is unashamedly killed off. Blink and you would have missed it.

The ad starts off in the exact same fashion as the 2015 Carl’s Jr. and Hardee’s ad, with Rick bursting into Morty’s room reading off the advertisement directly off a script. Rick introduces his “friends,” three different, sentient Old Spice canisters of Invisible Sprays – Bearglove, Swagger and Pure Sport. They are only too happy to be part of the scene and quickly start turning Morty’s room upside down, eating everything they get their hands on while Morty attempts to stop them.

Just as the ad rolls out, you’ll notice that one of the canisters throws the one on the bed a character from Season 1, Butter Bot. This side character was seen in the episode “Something Ricked This Way Comes” and was created to pass butter. When asked if there’s anything else he could do, Rick mercilessly tells him his sole reason for existing was to pass butter. This turn of events sends Butter Bot into an existential crisis of sorts, questioning his whole existence. Unfortunately for Butter Bot, he doesn’t survive the ad as he’s tossed to one of the canisters who is only too happy to eat him. Such a sad an unassuming end to a lovable character. Maybe Butter Bot exists in another multiverse alive and well.

The ad, however, is a welcome return of the intergalactic duo. Season 3 recently ended, leaving many Rick and Morty fans with some form of withdrawal. 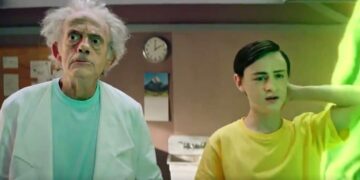 Rick and Morty: Could a Live-Action Show Actually Work?