This is not the first time that Resident Evil 2 has topped the UK sales charts as the game topped the charts when it originally released 20 years ago. It’s quite a feat considering that it’s a brand new game in the franchise.

Since its announcement back at Sony’s E3 confrence, fans has been excited to return to Racoon City. With overwhelmingly positive reviews, it seems that this top spot is well deserved and proves that fans still want good survival horror games.

The game sold best on the PlayStation 4, with Sony’s console garnering around 74% of the sales. The previous top entry Ace Combat 7: Skies Unknown nose-dived from first place all the way to sixth.

It will be interesting to see if Kingdom Hearts 3, which releases this week, will dethrone Resident Evil 2.

Have you been playing Resident Evil 2? What do you think of the game? 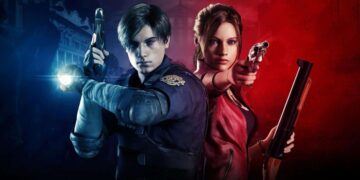 A Resident Evil Series Is In The Works At Netflix

Resident Evil 8 May Be Announced In February

The Next Resident Evil Game Is Called Project Resistance