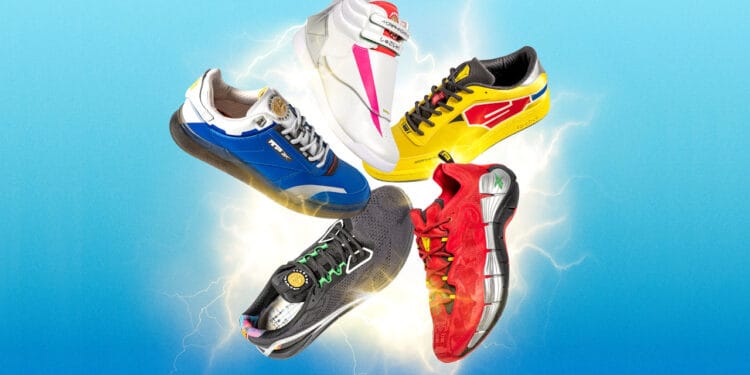 The Power Rangers franchise goes back many decades. Its original Super Sentai series actually goes back to the mid-70s and has seen many spin-offs to keep the franchise fresh for a new generation. Reebok has partnered with Hasbro and the team that brought The Mighty Morphin Power Rangers series to the US back in the ’90s on a special Reebok X Power Rangers sneaker collection.

Included in the range of Reebok sneakers are each of the original five Power Rangers. This includes the Red Ranger, Black Ranger, Blue Ranger, Pink Ranger, Yellow Ranger and Megazord. Each sneaker provides a unique take on the characters, incorporating elements that connect them to their respective Zords. 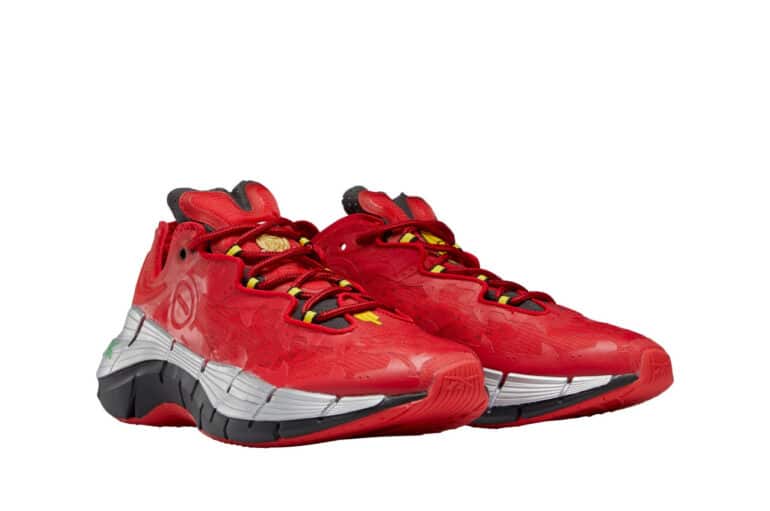 The first sneaker from the drop is for the leader, the Red Ranger. His impressive athleticism and powerful personality have been paired with the Reebok Zig Kinetica II.

For smaller sizes, the Red Ranger colourway will feature on the Zig Dynamica. For the Black Ranger, the Nano X1 has been selected. This training shoe was inspired by the Ranger’s sleek look, agility and speed.

The Nano X1 Black Ranger is an agile silhouette, allowing you to perform a wide variety of physical activities in style. Features on the sneaker is a heel tab design that references the Black Ranger’s signature 90s fashion sense. 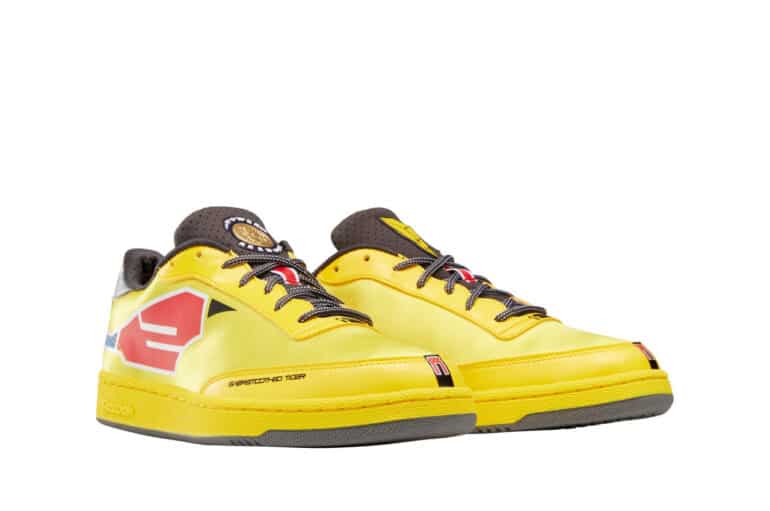 The Sabretoothed Tiger Power Ranger and her Zord dons an all-over yellow leather upper and midsole with a dark grey sole. In terms of its detailing, the Sabretoothed Tiger Zord’s elements is seen in red, blue and white. In addition, it features Japanese text and the number 5 in black on the inner side on the rear. 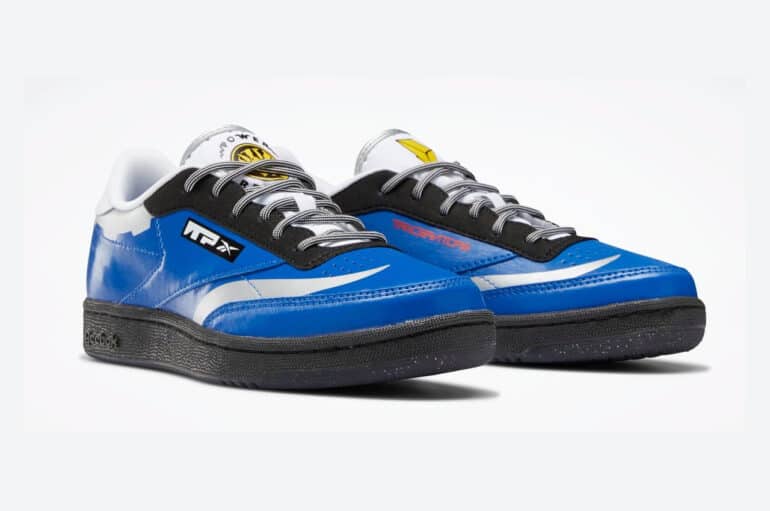 For the second Club C silhouette, it’s featured in an all-over blue upper. This is the Blue Ranger colourway. The Blue Ranger draws his power from within and the Club C Legacy pays homage to this.

It features a translucent sole, which shows an important aspect of the shoe that is often hidden by the outsole. Furthermore, it includes a white collar and heel blocking to resemble the design of the Triceratops Zord’s crown. 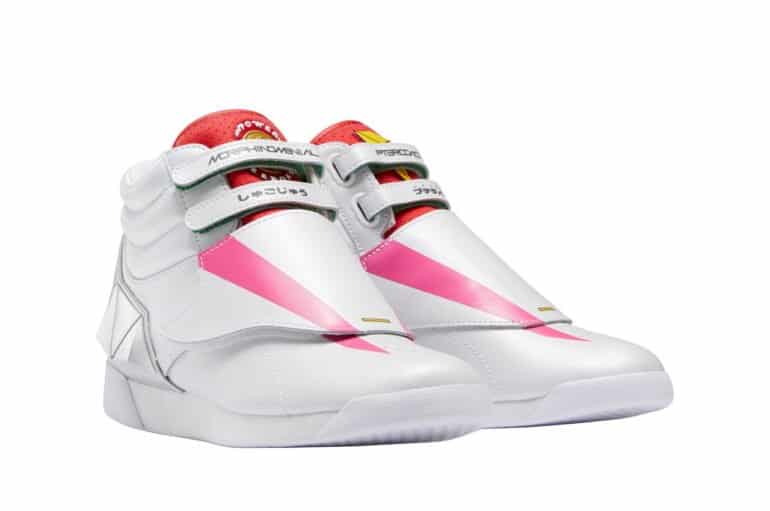 For the Pink Ranger, Reebook has paired it with the Freestyle Hi. This was the first workout shoe designed exclusively for women. It’s the perfect sneaker to represent the Pink Ranger. As we’ve seen from the show, she’s known for promoting individual empowerment. Furthermore, this includes investing in others by teaching aerobics at her community centre.

The silhouette features a primarily white upper, which incorporates pink stripes down the front. This is in reference to the Pterodactyl Zord. Additionally, it features the green broken heart on the inside strap, alluding to the Pink Ranger’s relationship with the Green Ranger. 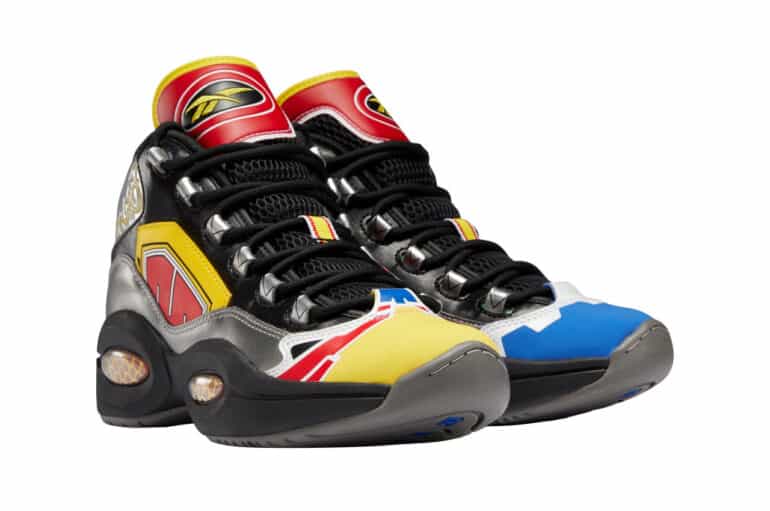 Lastly, there’s the Question Mid Megazord. This is the ensemble of all the Zords of the Power Rangers.

The Question Mid Megazord features a range of markings to represent the Megazord. This includes a black and yellow logo on the tongue, which represents the eyes. It also includes the V-printed eyelets to resemble the Zord’s teeth.

Will you be keen to cop a sneaker from the Reebok X Power Rangers collection?

The “morphinomenal” drop is scheduled to hit stores on 29 June 2021. These will be available at Reebok.com, as well as various other retailers. Local pricing is yet to be updated.

Pricing for the range is as follows: