After the successful Reebok X Power Rangers drop, Reebok has lifted the lid on its partnership with Universal Brand Development. The duo has announced the new Reebok x Jurassic Park pack. The collection is a tribute to the iconic Jurassic Park film, which released in 1993.

It features a mix of footwear across the Reebok sneaker range, as well as apparel. The range brings with it options for the entire family, bringing more of the dino fun for everyone.

Reebok has launched an extensive list of sneakers from its archives for the collaboration.

That Reebok x Jurassic Park is inspired by the film, with its various characters and props easily recognisable. 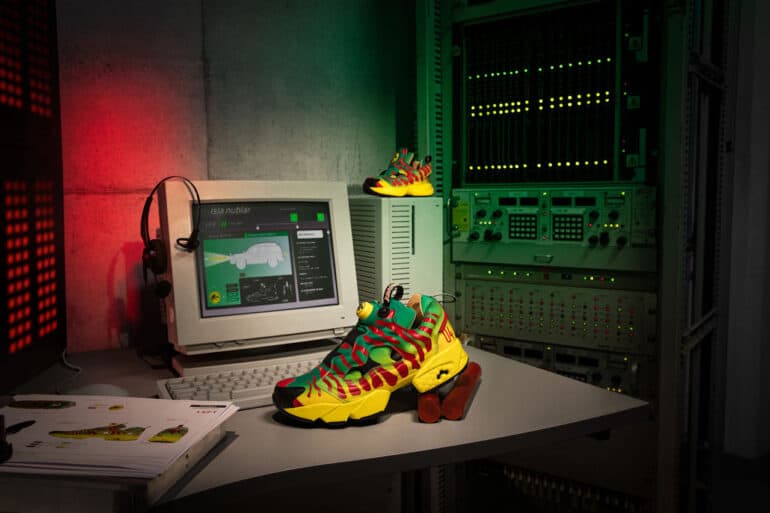 The first sneaker in the Reebok x Jurassic Park drop is the Instapump Fury OG. It is inspired by the Jurassic Park guest SUVs around the park. The collar features a lining resembling the vehicle’s seats. Additionally, the battle damage graphics also being added on the sole and sides. Rounding off the design is the Jurassic Park logo on the legendary pump ball. Second on the list of Reebok x Jurassic Park sneakers is the Zig Kinetica II. It has been inspired by the staff SUV this time. The tongue incorporates the leather webbing hints in reference to the rearview mirror, as well as the electric fence. To finish off the design, it features a speckled midsole, inspired by the high-speed chases through the mud. Reebok’s Club C sneaker is featured extensively in the Reebok x Jurassic Park pack. The first of these has been inspired by the notorious Dennis Nedry. It features a floral print heel, which is a nod to his shirt he wears when first introduced. It also features the zebra-striped pony hair heel cap, a reference to his computer. Adding to this is the bright yellow tongue in material similar to his rubber raincoat. This pays homage to the scene where Nedry fails to escape from the island with the stolen dinosaur embryos. 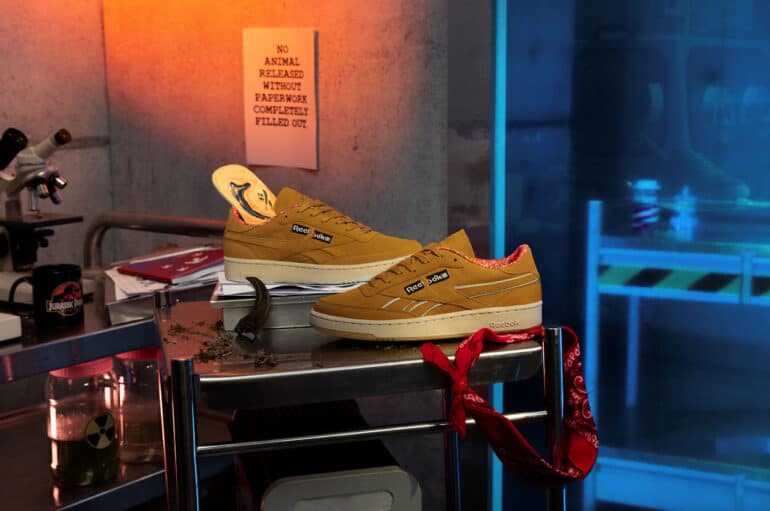 The second Club C 85 is inspired by Dr. Alan Grant. It features a tan suede upper, bandana collar lining and a denim-colored outsole. The sockliners match the denim outsole, with the left shoe featuring the Velociraptor claw graphic. Finally, we have the Club C Legacy, which pays homage to playful and informative Mr. DNA. This is based on the cartoon character which explains the process of recreating dinosaur DNA. The sneaker features a clear TPU outsole that reveals the DNA strand logo underneath on the left shoe. The mosquito graphic appears on the right shoe. Additionally, the design is rounded off with a cracked-egg colloar and bubbled heel. 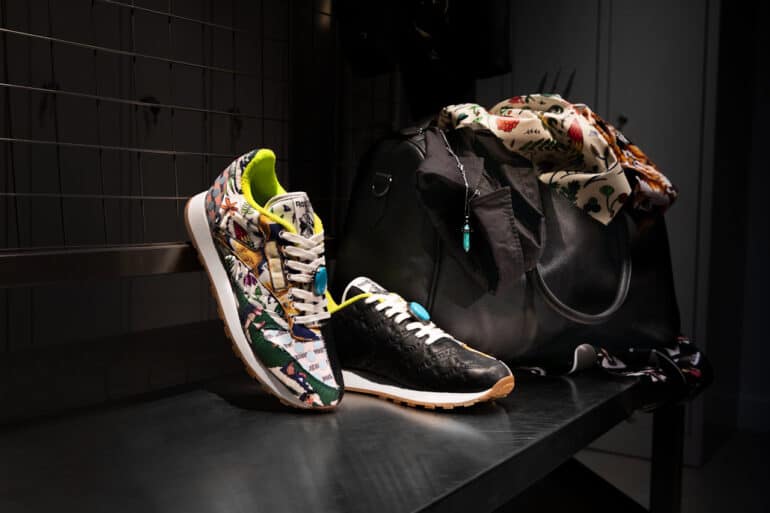 The Classic Leather sneaker is based on Dr. Ian Malcolm’s fascination of chaos theory. As such, the design is part simplicity and part chaos. The lateral sides of the shoe is inspired by Malcolm’s sense of fashion and includes a mix of textures and patterns. This includes everything from floral to sabretooth tiger. The medial side is more simplistic, featuring the Jurassic Park logo and a brooch jewel, a reference to the necklace he wears. Reebok introduces the Jurassic Stomper, a nod to the film’s infield InGen staff and their uniforms. The upper is crafted in tough leather and neoprene materials. It is strong enough to hold up against anything the InGen staff encounter. 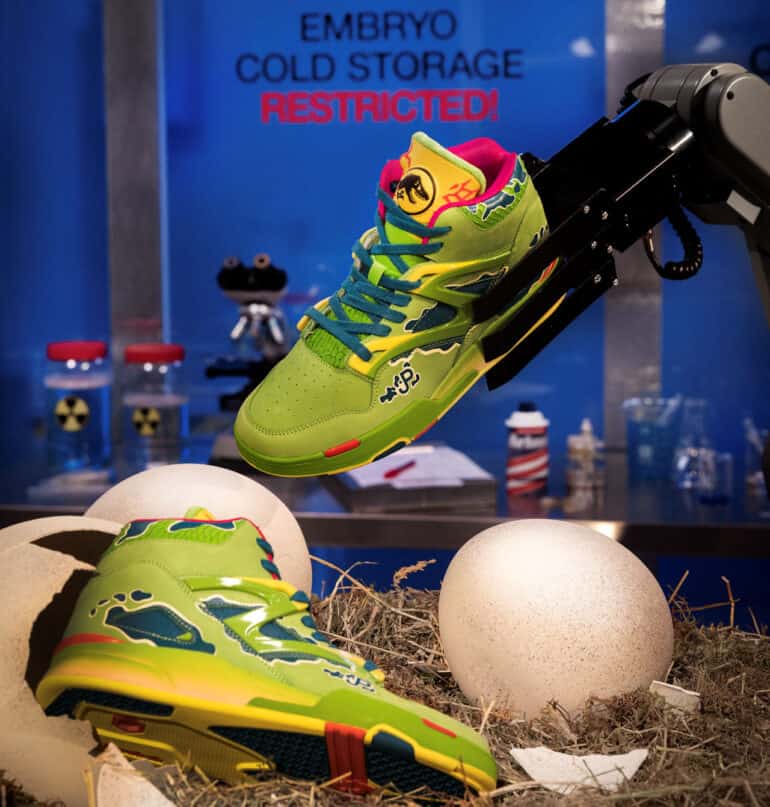 Lastly, there’s the Pump Omni Zone II sneaker. As a result of combining dinosaur and sneaker DNA, Reebok was able to create a shoe some 65 million years in the making. It has been inspired by the Dilophosaurus, a carnivorous dinosaur. The sneaker features dino graphics on the upper, along with a nubuck base material with a touch of skived leather.

What’s cool about the entire range of footwear is that it comes with an exclusive Reebok x Jurassic Park packaging. This packaging is meant to resemble that of the toy collection from 1993, adding to the tie-in themes for the franchise. As with all great collections, it is paired with tie-in apparel. The Reebok x Jurassic Park is no different, providing a mix of clothing across men, women and kids in a multitude of sizing options. Key apparel from the range includes the utility vest, tees, hoodies and more.

Pricing for the Reebok x Jurassic Park collab is as follows: