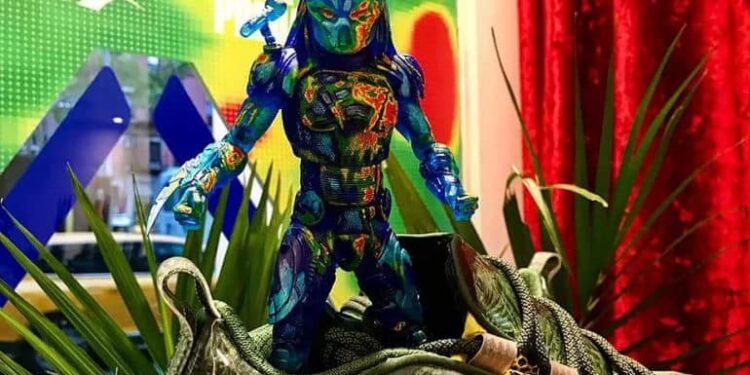 There’s been quite a few good collaborations in the sneaker market of late, some of which have spawned great sneakers, colourways and themes. This time around, as a tie-in to the rebooted film, Reebok has joined forces with 20th Century Fox for the release of the Predator-themed, 20th Century Fox X Reebok DMX RUN 10. The Predator reboot released in theatres last Friday, 14 September 2018, kicking off the restart of the franchise. The special edition Reebok DMX Run 10 has been reimagined with some of the notable colours and patterns from the film. The upper is designed with a shiny lenticular camouflage material, paying homage to the Predator’s invisibility cloak, blending in with its jungle surroundings. The heel features freehand writing from some text in the film. The tongue is made of a mix of patterned to resemble its alien eyes, while the yellow mesh gusset on the sides is a tribute to the creature’s non-combat attire. There’s also the well-known Predator text on its head-up display on the inside of the tongue.

The drop is completed by means of a customised packaging, rounding off the theme, with its heatmap overlays to mimic the Predator’s thermal vision. In addition to this, the box also includes a number of hidden messages, which presents itself as easter-eggs from the original film.

The 20th Century Fox X Reebok DMX RUN 10 may not be available in South Africa, but is currently up for sale in the US for $200 via reebok.com.

For additional images from the drop, check it out here. 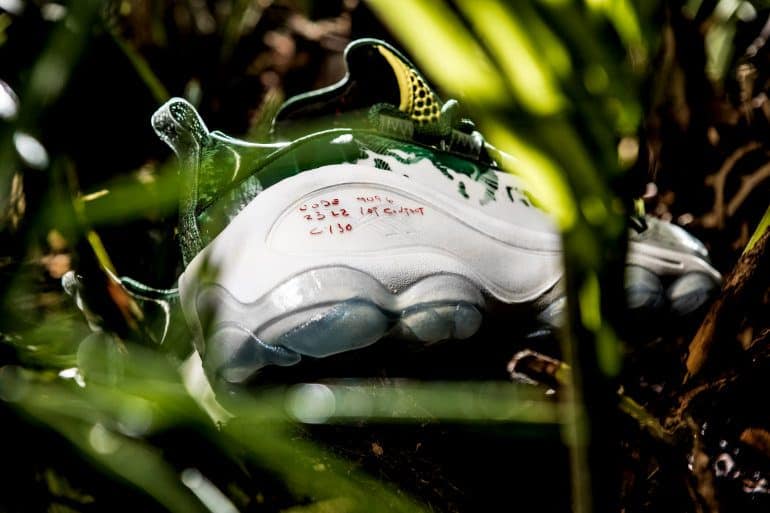