Fresh off its latest collaboration with AKA for The SneAKA, which sold out this past week, Reebok has announced another major collaboration soon to be hitting the shelves in November. Celebrating the 25th anniversary of the iconic Instapump Fury, Reebok has ‘joined forces’ with its parent company adidas to bring the midsole technology to the sneaker to form the Instapump Fury BOOST.

Quite a few years back, adidas announced the acquisition for the Reebok brand. While many sneakerheads knew of the relationship, the two brands continued to play within its own lanes. This historic cross-pollination of brands fuses the Instapump Fury sneaker with adidas’ enhanced midsole BOOST technology. The silhouette defies the borders between Reebok’s vector and adidas’ three stripes, pushing the boundaries of an already revolutionary sneaker to the next level. Having first been released in 1994, the Instapump Fury was designed by Steven Smith, a sneaker that pushed the limits of what was possible in the world of athletic footwear. The silhouette has become a cult classic ever since. 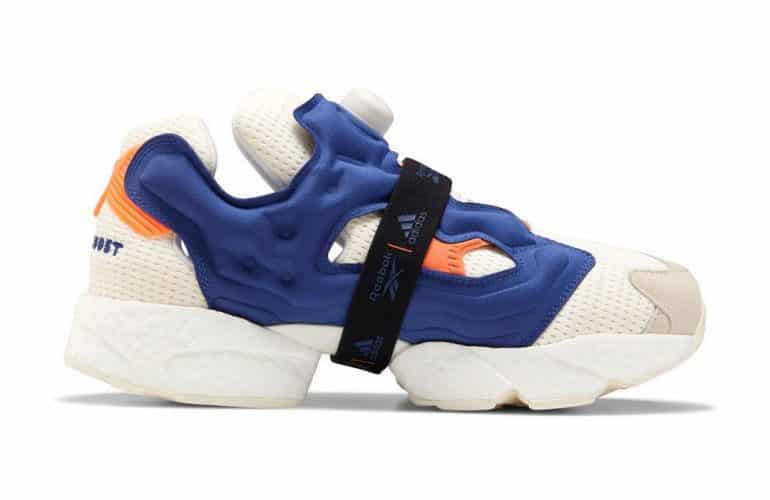 The Instapump Fury BOOST is set to drop later this month, featured in four new colourways. These colourways include the Fury’s signature yellow, crimson and black styling, as well as variants from the Ultraboost’s colourways, including the Royal Blue and Solar Orange colour, as well as the black and blue editions. Each of the sneakers will also include a co-branded band wrapped around the base, with both the adidas and Reebok logos. A signature addition of the UltraBOOST technology brings a new level of cushioning to the sneaker for the ultimate in energy return and comfort underfoot.

The Reebok X adidas Instapump Fury BOOST Prototype was first revealed at the annual atmosCon in Japan on 5 October 2019, although was only available in limited supply with just 50 pairs. The sneaker is now set to drop in South Africa as part of a much wider and more available release on 15 November 2019.