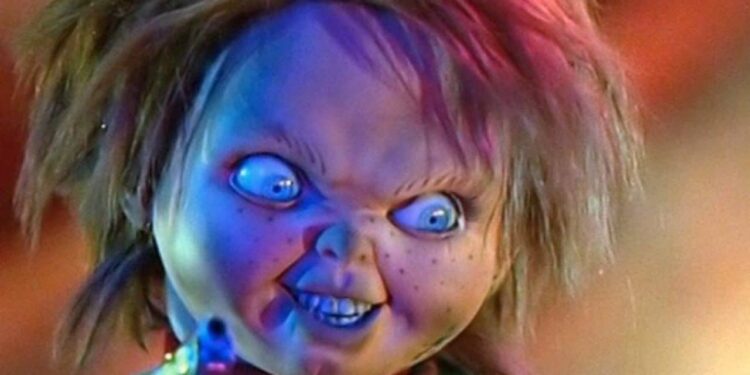 Fans of the original Chucky, not the 2019 rebooted version, will be happy to hear that a new Child’s Play TV show just released a teaser.

AN EVIL TOO GREAT TO PLAY ON JUST ONE NETWORK! #Chucky #2021

Franchise creator and horror legend Don Mancini, who had nothing to do with the recent film reboot, is working on a episodic series which is coming to Syfy in 2021.

The original Child’s Play movie hit cinemas all the way back in 1988, becoming an instant hit amongst horror fans. Since then, there have been a whopping 7 movies in the franchise.

The new series is said to continue on from the first seven films in the franchise, with the original doll set to return.

“With this TV show, our mission has been to preserve the straightforward scariness of the original film or the first couple of films. But at the same time, continue on with this ever-expanding tapestry of consistent story that we’ve spun over the course of seven movies and 30-some years. I think fans are really gonna love to see the new characters that we introduce into this realm and just to see how they came off of our classic characters. Not just Chucky, but some of the others that you may be hoping to see. There’s a good chance they may turn up,” said Don Mancini.

The Child’s Play TV series follows a traditional Chucky story: When a vintage doll turns up at a suburban yard sale, an American town is thrown into chaos as a series of horrifying murders expose the town’s secrets.

Are you excited for the original Chucky’s return or do you prefer the reboot?