Audience Reactions From An Early Screening Of Dunkirk Yesterday a few of our Cape Town and Johannesburg readers were treated to an early screening of Dunkirk, the new Christopher Nolan war film, at Nu Metro cinemas. “Is it worth watching? Are there twists? Is it any good? Can Harry Styles actually act?” These are a few of the questions answered by our film critics – you, the readers.

It was a night of explosions, drama and tension for most people who attended the early screening of Dunkirk, a war thriller based on true events that occurred on May 1940 when Germany forces advanced into France and trapped allied troops on the beaches of Dunkirk. Our guests were treated to some popcorn, cooldrink and a screening of one of the most eagerly anticipated films of the year. Over the last decade, Christopher Nolan has cemented his place as one of the world’s best filmmakers. It seems the Dark Knight director has yet to hit a wrong note, delivering hit film after hit film. Dunkirk is already established as another hit film, with critics already predicting Oscar nominations. But did our audience feel the same?

I really enjoyed it. Suspense from minute one. Loved the cinematography and it was refreshing to not have to be subjected to over the top blood and guts that tend to be the norm. – John Gawne

Masterpiece… what a great war movie! Felt involved and on edge the whole time… – Lloyd Dunn

Cinematography and sound design are amazing, as you’d expect from Christopher Nolan. It all feels very real. However, the use of three different time scales takes getting used to and only really pays off once. Great movie, 10/10, will see again, will recommend. – Zach Groenewald

Dunkirk was a really enthralling movie. Although I was surprised by the lack of dialogue, being a war movie meant that we could simply sit back and let the events unfold. The cinematography and score played well with the intense scenes. – Evan Saunders

Great night out with @FortressofS. #Dunkirk is ?

It was very well made but different from what I expected. Shows the different sides of the battle from sea and land. It should take the technical awards. Hans Zimmer score the highlight for me. – Brandon Booysen

Dunkirk was very well made and quite different from what I expected. Minimal dialogue and story, recreating different sides of the battle from air, land and sea. The Hans Zimmer score and sound effects were a highlight for me. Shows you how crazy war actually is. It’s mostly chaos and confusion on the ground. More about survival as much as attacking the enemy. Normal people forced into a life-or-death situation. Quite epic! – Jacob Small

The amalgamation of the 3 story lines was excellently executed and the quality of the sound was riveting. I was constantly captivated. – Megan Julies

It’s a lovely break away from the more gory, bomb-infested war movies we’re used to and shows a very human side of the story. The ONE piece of criticism that I could give is that had I not known the history of Dunkirk, there was very little to indicate the magnitude of the evacuation – I personally didn’t feel like the act of very brave civilians evacuating over 300, 000 soldiers was shown, but that really could just be me. The score is fantastic (but what do you expect from Hans Zimmer), the cinematography beautiful, and I see many, many Oscars in Nolan’s future. – Taryn Ann Tibble-Vega

The movie was totally incredible with the filming and sound work immersing in the battle. I felt anxious and nervous along with the soldiers in the destroyers and excited in the planes during the dogfights. The movie gave an accurate portrayal of what the soldiers went through during the battle of Dunkirk. All in all, I felt like it was brilliantly made and honest, not just a Hollywood blockbuster. – Dr Matthew Levine

Captivitating from the get go with a storyline that has you on the edge of your seat throughout the film. A cinematic experience that will not be forgotten. – Liza Smith

@FortressofS @TimesMediaFilms Thanks, enjoyed the CPT prescreening of #Dunkirk. Really throws you into the heat of battle. Epic movie!

I fell in love with history, particularly World War 2. Any film that releases that it’s based on war is a must for me. However, what I expected and what I got was not the same. It was perfection. I found myself on the edge of my seat constantly. From the sounds of the Stuka dive-bomber and the beautiful sound of the spirit, with hardly any dialogue, the movie portrayed the sheer horror of Dunkirk. This is by far my favourite war film so far. Cannot wait to see it again! – Shane Dale

The movie & theatre were both wonderful. It was an immersive, adrenaline-pumping experience, and I felt as if I was in the movie thanks to the great sound. I’d been awaiting Dunkirk since initial production as a Nolan, Murphy, Hardy & Styles fan. From the perspective of someone working in the defence industry, Dunkirk captured every military detail perfectly! I give it 10/10. – Lizelle Jaimangal

Very good movie, another consistent Nolan hit. If anything to falt: slow pace, inconsistent dialogue and scenes that dragged a bit would be worth a mention. More an action thriller than a world war period piece. – Jay

Stunningly directed. The dogfights especially put you in the action. This action was framed amazingly. I was pleased that the acting was understated to give the movie a “REAL” feel. Very little embellishment for the sake of box office satisfaction. The only negative for me was hearing the BFG’s voice when the movie is meant to have a serious tone. – Arthur Bacchus

I’m not the biggest fan of war movies but Christopher Nolan transports us to the beaches of Dunkirk with this visually spectacular and nail-biting thriller that kept us interested throughout. – Darron Saunders

I really enjoyed the movie! I can’t remember the last time I was so invested in a movie. I was at the edge of my seat the entire time! The best movie I’ve seen in ages! Also amazing acting from Fionn Whitehead (he’s only 19 and he landed the lead role, which I really believe he deserved) and Harry Styles (an amazing actor, I see an Oscar coming up for him) – Michelle Lourens

I found the movie most enjoyable and can highly recommend it. I was very moved by the spirit of the British public and troops. Christopher Nolan captured this epic historical event in an accurate and convincing manner. Some of the dialogue I found was a bit unclear and indistinct in parts. What struck me as a bit strange was that the buildings in the town of Dunkirk did not suit the era (they looked too modern) as well as the rescue boats. Should be a huge smash hit! – Janet Ginsburg 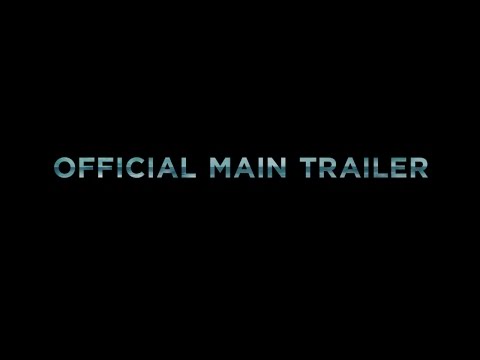