While it may not be the most widely available, Razer has introduced some great gaming laptop options over the years. In 2019, the brand released the Razer Blade 15, a premium gaming laptop with top of the range features.

Fast-forward a few months and the team has released a more budget-friendly version of the unit, making it more accessible to fans across the country.

Compared to the original Razer Blade 15, the only difference in the overall design of the 2020 variant is the thickness. It’s now a whopping 2.1mm thicker, taking it from 17.8mm to 19.9mm with the update. Sarcasm aside, the reason here is that the parts fitted to the internals are just slightly larger and to save on costs the increased thickness was a small consequence of these changes. Still, at under 20mm in thickness, it’s still a fairly decent-sized gaming unit.

As with ASUS’ TUF series, the Razer Blade 15 has a no-frills aesthetic. It’s a strait-laced, rectangular design with sharp (not enough to cut) edges around the unit with only the four corners featuring some kind of curve to write home about.

The design on the outside is completed with a matte black finish with the only real standout being the engraved Razer snake logo. The logo has LED lighting underneath, so it lights up in its green theme quite nicely.

Opening the lid reveals a lot more in terms of the design than its minimalist exterior. The base is still quite basic, but the RGB LED lighting on the keyboard brings some colour to the aesthetic. Unlike the advanced model, however, the base model doesn’t have individualised lighting. That said, there are still quite a few options and effects to choose from, and I was never a fan of setting up individual colours for specific keys to being with.

In terms of the port configuration, the laptop includes the power port, Ethernet port, USB 3.0 port, Type-C port (Thunderbolt) and auxiliary jack on the left-hand side. On the right-hand side, you have the Kensington lock, full HDMI port, two USB 3.0 ports, and another Type-C port for good measure. Unlike most other laptops, there are zero labels or logos on the ports themselves, but it’s all pretty self-explanatory.

There aren’t any grilles or outlets around the sides of the Razer Blade 15. This changes the configuration of conventional laptops slightly. For starters, the speakers flank the outside of the keyboard, which cramps the keyboard layout up, but only slightly. It doesn’t look out of place either.

This also means that the ventilation system is moved to below the device, more in line with an Ultrabook design than a gaming laptop. The grilles themselves are very thin and soft. I had the displeasure of attempting to lift the laptop from my lap the first time and pushing down on said grilles, only for the fans to brush against it and give me a massive fright that something had broken inside. It didn’t. But it was a clear indication of a design flaw on the unit. Probably the only one, or at least from what I could judge. 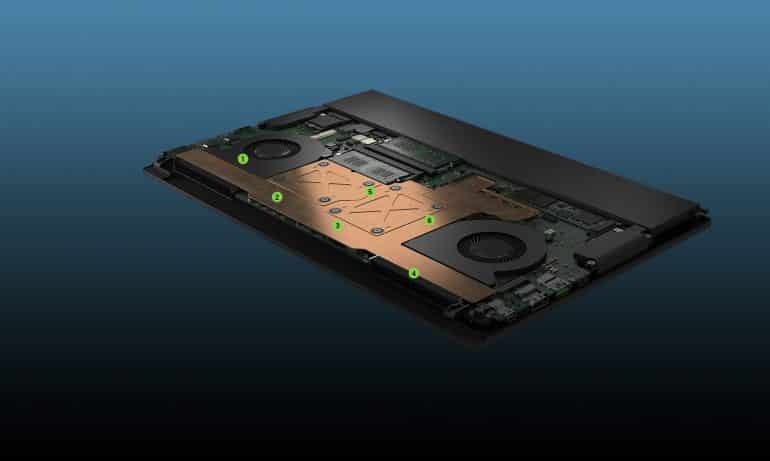 Another of Razer’s introductions on the 2020 variants of the Blade 15 lies with the screen. Whereas the original was fitted with a 144Hz panel, the updated version comes with 60Hz as a base. The option is still there to upgrade to the 144Hz variant if you want – at a cost that is. The IR camera has also been removed.

The unit we received, however, comes fitted with the 144Hz panel, which is the base for the South African market. The panel fitted here isn’t the same as that of the advanced version, with the LG Philips panel being swapped out for the BOE NV156FHM-N4K IPS panel.

BOE isn’t a brand I’m familiar with. Having said that, some research shows that they’re a fairly large supplier for a number of brands, including Acer and ASUS. This specific panel features all the bells and whistles you’d expect, in addition to the 144Hz refresh rate, including G-Sync, anti-glare, etc.

In terms of the display, the Razer Blade 15 has a 1080p resolution. This is to be expected on the 15.6” screen. Higher resolutions are typically left for larger screens, usually starting from 17”.

In the rundown of alternative testing of the panel, there is slight backlight bleeding, which this is only just noticeable with the naked eye in a dark environment. There’s absolutely nothing here that will distract you while in use. Under my standard testing, the Razer Blade 15 performed really well. There wasn’t any lag and the likes to note. With most modern laptops with modern CPUs, this isn’t really an issue any longer.

The biggest difference comes in when you run the benchmark tests. As such, the Razer Blade 15 is down somewhat on CPU benchmarks even when compared to setups with the same CPU and similar hardware setups, even from the 2019 variant of the same device. On GPU benchmarks, it’s also down somewhat. This makes the configuration down a few points overall on similar setups, somewhere in the margin of 5-10% across the various tests.

In terms of the battery, the new model is down in terms of capacity – down from 80Wh to 65Wh. That’s close to a 20% drop in capacity. Razer would’ve been able to fit the same size battery, but opted for the additional SATA III slot for user expansion.

One would assume that the power consumption is down based on the hardware, but given that Nvidia carries the same power consumption on their cards – specifically comparing the 1660 Ti, 2070 Max-Q and 2080 Max-Q models – you’re still using about the same amount with lesser results.

The overall longevity of the stress testing results in a battery runtime of just shy of six hours. This is down from the 7-8 hours of the advanced model based on testing on the web. The results aren’t bad, and still manages more than two hours of gaming, which is more than sufficient for many.

Out of interest, Razer has also dropped the adapter specs, down to 200W AC adapter from a 230W on the previous model. As such charging times will be longer, but with less capacity to replenish works out to just short of two hours from nearly empty to full. 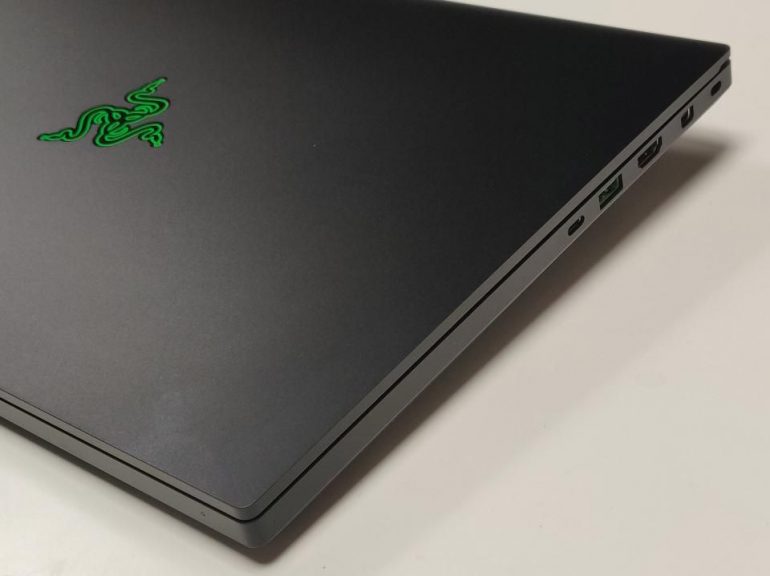 Razer has a well-established software option across its portfolio. On the Razer Blade 15, it comes standard with the Razer Cortex and Razer Synapse programmes. And, like all this Razer, it’s fairly easy to use and navigate, while also looking good too.

Most of your time will be spent using the Synapse software, where you’ll be fine-tuning the keyboard lighting, the key macros, performance modes and even being able to turn the refresh rate up and down. These are a mix of aesthetic and performance settings, but all very customisable, which will delight users.

The Cortex software, on the other, is all about performance. Here, however, you’ll need to have some knowledge to work through the various settings. You’re able to tune and free up RAM, while optimising the different performances, especially for gaming setups. While it may be a complicated task in theory, it’s made easier with the toggle options for most of the settings.

Another programme available that’s included is the Dolby Atmos app. This is available from the Windows Store at a cost for other devices, and a nice to have as default here. Here you can fine-tune your sound settings, especially if you have a surround sound setup.

The Razer Blade 15 (2020) is a great device, despite it being a more affordable variant of the 2019 release. The design is neatly minimalistic and the performance is decent.

The laptop carries an RRP of R39,999 and while it may be roughly 40% down on cost of the RTX 2070 Max-Q option, it remains the biggest problem for the brand. ASUS, Acer, MSI and the likes all have builds with similar setups below the R30,000 mark.

A few weeks ago, I reviewed the ASUS ROG Zephyrus G14, which outclassed the Razer Blade 15 for each of the hardware specifications, apart from being slightly down on the screen’s refresh rate, but costs the same.

And this is the challenge for all brands in South Africa – pricing. When there are other units that a more affordable, it’s hard to carve out a decent portion of the market share.

The Razer Blade 15 is a great, all-round gaming laptop. However, with the specific configuration, there are many competing units with a similar build at much more affordable pricing options.