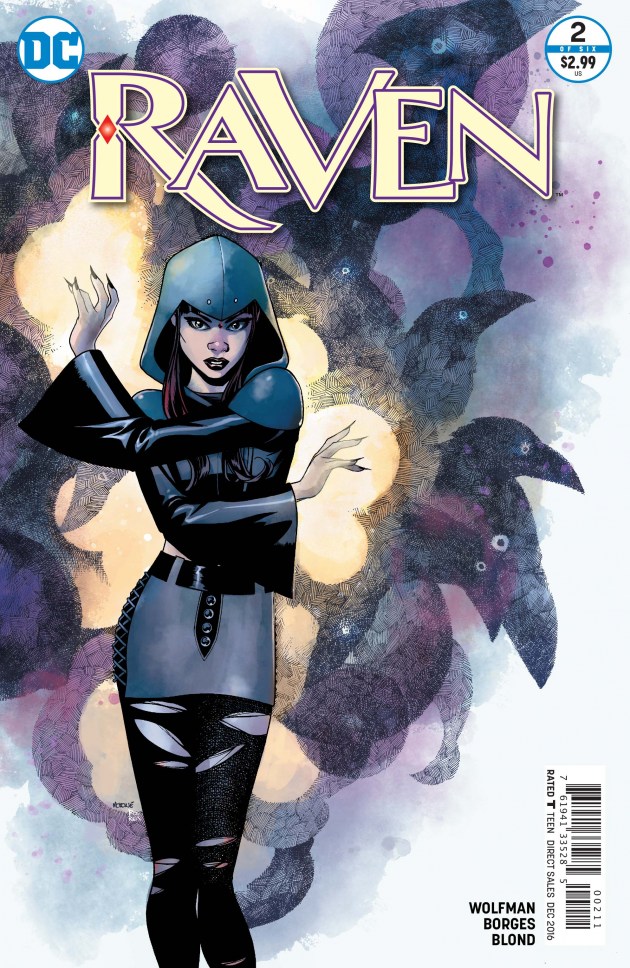 With her school life already a social minefield, Raven – DC’s young occult empath – is increasingly drawn into a mystery involving missing kids, an unknown force of dark magic… and a carnival? Despite trying to investigate, Raven is repeatedly blocked by this mysterious force. Yet when the inhabitants of her town become possessed and are drawn towards a strange protective force barrier, she’s faced with a desperate struggle to enter it and save her friends, the townsfolk… and possibly all of humanity… We review Raven #2. 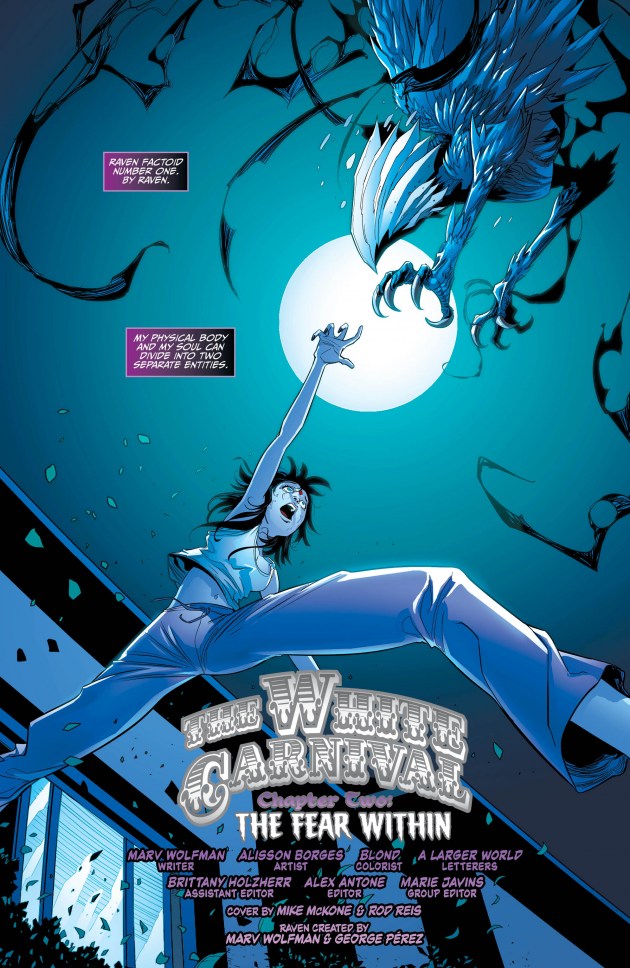 Once again Marv Wolfman delivers an engaging installment in this new series of one of his own classic creations. As he proved many years ago whilst writing the Teen Titans series, his handling of teenage characters is all about making them seem real. Some of them may come across as goofy and shallow at first, but there’s a depth underneath that which many people should be able to relate to. Raven herself, struggling to deal with a new school, new friends and a new family, takes some solace in her occult abilities as being the only part of her life which she’s relatively comfortable with.

This version of Raven is more similar to the one seen in the Teen Titans cartoons than the classic comic book figure of years gone by, and that isn’t necessarily a bad thing. Allison Borges’s playful art style conveys a sense of fun (and personal tragedy when needed) which reflects this well, and makes it incredibly accessible to new readers. There’s a subtle touch with some panels giving us a fly-on-the-wall perspective during personal scenes, whilst the action sequences are shown with a sense of glory and wonder. 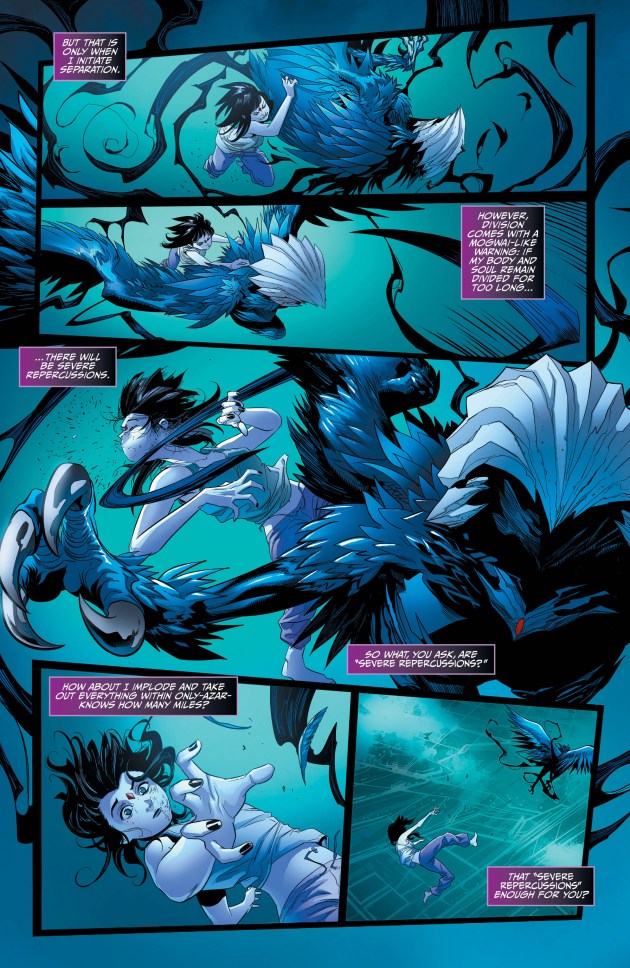 Sadly, it isn’t all good though. Whilst there’s both impressive writing and art on display, the story itself seems a little flat. There isn’t quite enough attention paid to Raven’s home life, and at school her new circle of friends don’t quite succeed in holding the reader’s attention, yet time is taken to introduce another new friend Antt. Antt comes charging into Raven #2 with a full head of steam, and is so instantly likeable that she dominates the scene. Since she seems to like Raven naturally, as opposed to being empathically influenced, it also makes the readers appreciate her more. This ups the emotional stakes when Antt is drawn inside the magical barrier… unfortunately it also makes the other friends seem less significant.

On the plus side, it’s great to have a new character make such an impact so quickly!

Those problems are mostly minor though, and it’s clear that there’s going to be further development in all those areas soon, so don’t count this book out. Not by a long shot. Raven #2 is a solid read, and is certainly worth taking a look at. 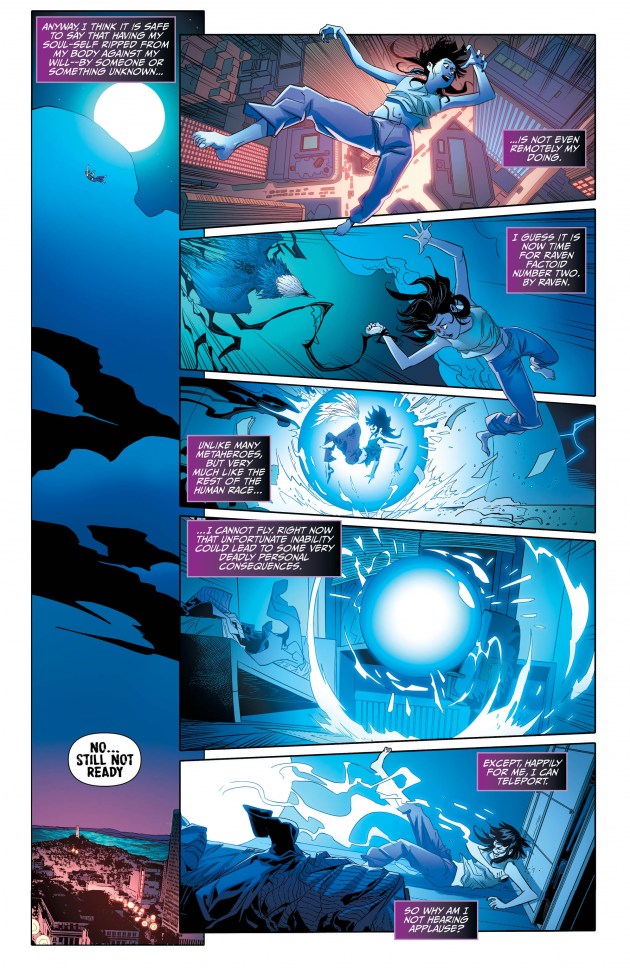