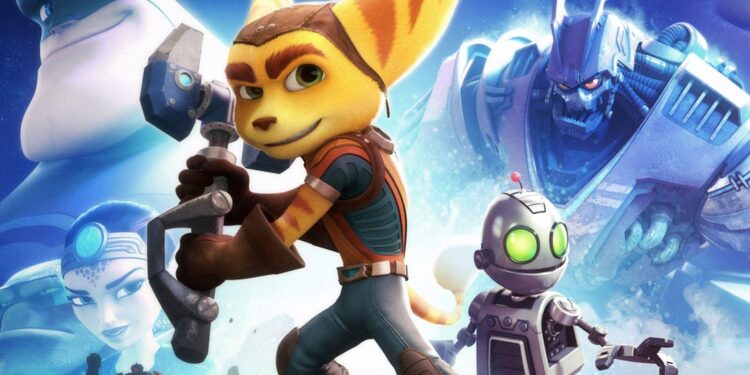 Who would have ever thought back in the early 2000’s that a platforming game starring a furry cat-like creature and his small in stature robot friend would become a successful franchise spanning over multiple generations of Sony consoles? But that is just what Ratchet and Clank were able to achieve.

Ratchet is a cat-like alien called a Lombax who lives on a backwater desert planet called Veldin. But this small Lombax has a big dream; to join the Galactic Ranger’s, a sort of Intergalactic police force who are lead by the Heroic (yet cowardly) Captain Qwark, who Ratchet idolizes. After years of dreaming of joining, Ratchet finally gets his chance by trying out for the team in the regional trails. Unfortunately, he is deemed unsuitable to join the Galactic Rangers. With Ratchets’ dreams shattered, he meets a runaway warbot called Clank, with who’s help he might just become a Galactic Ranger and be able to stop the evil and corrupt Chairman Drek from initiating his diabolical plan.

Ratchet and Clank’s adventure is narrated by Captain Qwark also know as Copernicus Leslie Qwark, who continually comments on the situations the duo finds themselves in, even going as far as to give advice. Although this method of storytelling deviates from the way the original games handled narrative, I found myself enjoying hearing the Captain’s quirky remarks every now and then.

The previous Ratchet and Clank games have always evoked the same type of feeling one gets from watching a Pixar movie, and on the new PlayStation 4 this is even more true, as not only is the narrative fun and goofy, but the visuals and audio are some of the best I have seen and heard in recent memory. It really feels like playing an animated movie, as each individual creature, character, and environment is beautifully rendered and animated. The attention to detail that went into creating the interesting array of creatures that roam the universe really shows and adds a level of personality to even the lowliest of cannon fodder. These creatures range from the ravenous land sharks that can be seen swimming through the sand with just the tips of their fins sticking out, to great lumbering warbots who charge at your firing madly at anything that moves. Not only are the creatures and characters in the game beautifully designed, but so are the different planets and ecosystems that Ratchet and Clank find themselves in. Each one varies from the next, filled with different things vying for your attention. The locations and vistas give players a tremendous feeling of depth and openness, as creatures and places in the distance beckon you to come closer.
For an action platformer, these planets feel really open as there are branching paths players can follow which lead to different objectives. Some of these paths can only be accessed should Ratchet have the correct item or equipment needed, similar to Zelda games.

So, how do Ratchet and Clank traverse these interesting yet dangerous environments? With the use of advanced space technologies such as jet packs, grind boots and even a hacking tool called the “Trespasser”.  These technologies that Ratchet uncovers throughout his journey allows him to access previously inaccessible areas and mixes up the gameplay keeping it from becoming stale. This does mean that there is a bit of back and forth travelling between planets, especially if you want to collect everything there is to find. Luckily travelling back and forth between these planets and revisiting some areas are kept from becoming tedious by the interesting, goofy and weird arsenal of weapons Ratchet has at his disposal.

For me, personally, the quality and wackiness of the arsenal of weapons players get to wield in the Ratchet and Clank games was just as critical as the narrative, puzzles, and visuals. Fortunately, the new weapons do not disappoint as it includes some regulars such as the R.Y.N.O (Rip you a new one) and some new and interesting weapons such as the Pixelizer. Players will start off wielding their trusty OnmiWrench 8000, and will quickly receive the classic Combuster blaster and Fusion grenades. As is in life, getting hold of the good stuff will cost some money (and time), in the form of bolts, the currency this strange and weird universe uses (at least it makes more sense than bottle caps). Bolts can be collected from killed enemies, destroyed boxes, basically anything Ratchet can shoot, hit or blow up. There are few things as rewarding as collecting just enough bolts in order to purchase that ridiculously overpowered weapon that you have wanted for so long.

Some of the stand out weapons were, the Groovitron which forces enemies to uncontrollably get their groove on and start dancing wildly, making it easier to dispatch of them while they are distracted. The Pixelizer, which shoots out a wave that transforms enemies into retro looking sprites, and of course my favourite Mr. Zurkon, a robot ally that fly’s around not only protecting you but, he also has a snarky comment to make about everything such as “Mr. Zurkon doesn’t need bolts; his currency is pain”.

Each of these unique weapons can also be upgraded using the aptly named Raritanium, which as the name implies is not as easy to find. This means that you will not be able to upgrade your whole arsenal and that choosing which weapon to upgrade can become a difficult decision to make. I found myself upgrading weapons that complimented my play style. Weapons also automatically level up as you use them, which is a nice incentive to experiment with different weapons and tactics.

While on the subject of upgrades, the game not only mixes things up by letting players take part in aerial dogfights and hoverboard races, but there will also be moments where players will be controlling everyone’s favourite mini defective warbot Clank.  Although Clank is more than capable of defending himself, most of these sections will tend to rely more on his CPU driven brain than his metallic brawn. Clank has the ability to upgrade the worker bots found in these levels, upgrading them gives them certain abilities, such as powering a door, changing into a bridge and even assisting clank with reaching high places. These puzzle-driven sections were a welcomed respite from the combat heavy Ratchet sections. In an environment currently inundated by gritty, dark and realistic games, which tend to focus more on running and gunning. Ratchet and Clank is like a fresh solar breeze in a galaxy full of grittiness.

Although Ratchet and Clank doesn’t add too many new things to the classic formula, Insomniac games have once again reminded us that one does not need a convoluted story, realistic graphics or even a big brawny lead to make a fun game, sometimes all you need is a weird gun, a cat-like alien, and his mechanical friend, bound together by duty, friendship and saving the galaxy. 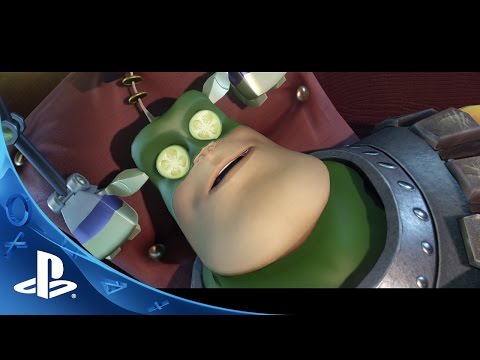