Ratchet and Clank might have some great platforming, puzzles and cut scenes, but what the franchise is mostly known for is the vast arsenal of weird, wonderful and just plain ridiculous weapons that these two have at their disposal.

It is because of this history of great weapons that I decided to take it upon myself to make a list of what I feel are ten of the most memorable weapons from the franchise’s history. 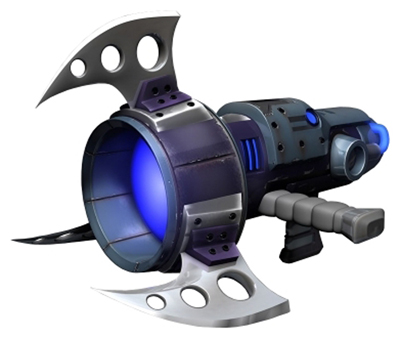 The Plasma Coil is probably the least inventive weapon on this list, but that doesn’t make it any less devastating. The weapon fired a bolt of plasma and electricity towards its target. Once the ball reached its intended victim it would shock any nearby enemies around them as well. When upgraded to the Plasma Storm, the plasma bolt would shock any enemies it passed on its way to its target, just like lightning from a storm. 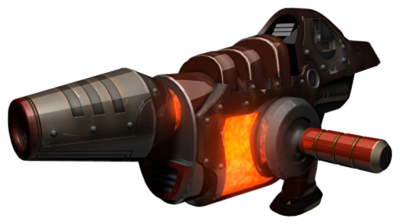 Ratchet and Clank’s Lava Gun basically acts as a flamethrower. It shoot a continuous stream of lava at your foes. What made the Lava Gun so great is that when you found yourself surrounded by enemies out for your blood, all you had to do was hold down the fire button and spin, thereby creating a circle of lava around Ratchet and Clank, protecting them and killing anything in its path. 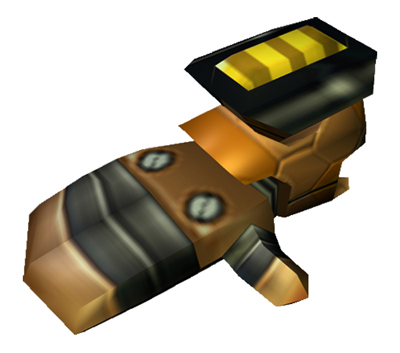 What can be more devastating than commanding a swarm of bees? That is exactly the ability that the Bee Mine Glove gave you. The Glove basically released a hive with robotic bees flying around it. Whenever the bees felt threatened, for instance, if an enemy would venture near the hive, the robotic bees would attack them. 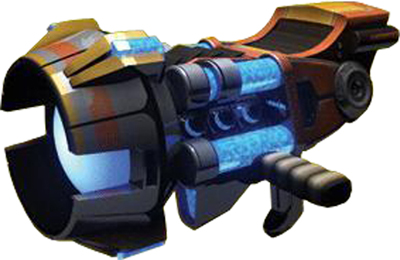 The Qwack-O-Ray did exactly what you think it did; it turned your enemies into ducks. What made this weapon even more fun to use was that, when it was upgraded, the transformed ducks would lay eggs that would approach nearby enemies and detonate. 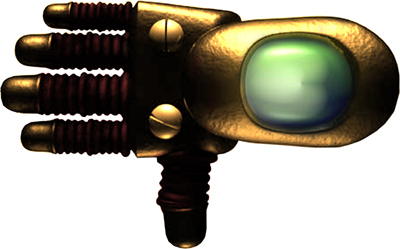 The Glove of Doom launched a glass ball from which the Agents of Doom would spawn. These Agents of Doom were small kamikaze robots who obviously didn’t value their own lives as they would explode on contact with enemies. They also had the ability to swarm around Ratchet and Clank blocking some of the incoming enemy fire. In later iterations, these little agents were given jetpacks making them even more deadly. 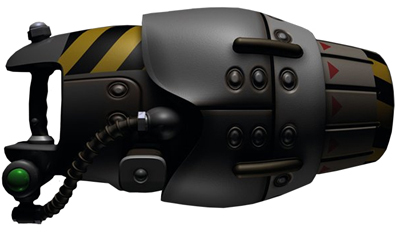 There are few things as rewarding in life than sucking up enemies and firing them back at their unsuspecting allies. The Suck Cannon created a vortex that sucked up anything in its path. These objects/enemies could then be fired back as explosive projectiles. So basically it was a very powerful vacuum cleaner. Mr. Zurkon was a synthenoid, basically, a floating robot that could aid Ratchet and Clank in battle by shooting pesky enemies with his mounted laser blaster. Not only did Mr. Zurkon do a great job of protecting Ratchet, but his sense of humour and an endless supply of nasty insults made venturing into danger just so much more fun and entertaining. Nothing brings people together quite like a party. That is why the Groovitron Glove was such a great weapon. The glove launched a disco ball into the air above your foes, as it hovered above them it temporarily induced uncontrollable fits of dancing in them.  Of course, this was not just entertaining to look at but also distracted the enemies long enough for Ratchet and Clank to dispatch them.

The R.Y.N.O V was a pure force of destruction. The weapon basically launched a hail of bullets at your enemies similar to a minigun, while the centre barrel of the gun fired a missile at them, during all this 1812 Overture, a classical Tchaikovsky piece would be playing. Everything about the R.Y.N.O V oozed destruction and death from its firepower to its size. This is one weapon any self-respecting space adventurer needs in their arsenal. Although the OmniWrench has had many upgrades throughout the series, it still remains the tried and tested method for Ratchet to dispatch his foes with. One good strike with it will surely send the bad guys to their graves, and Ratchet would never leave home without it.

What are your favourite Ratchet and Clank weapons?