Despite the current economic climate in South Africa, due to an ever-growing list of government shortcomings, the country is still in an interesting position when it comes to the tech and gaming market. Trends and forecasts indicate that there’s continued growth for devices such as wearables – in the top five in terms of growth around the world no less – laptops (both gaming and standard), as well as gaming and computer peripherals. As a result of this increase in sales in the country, a few new brands have been finding relative success setting up shop in our market. This is great news for the average consumer, as not only do we have a broader selection of brands and devices to choose from but the additional competition also means better pricing across products, be it entry-level or high-level. 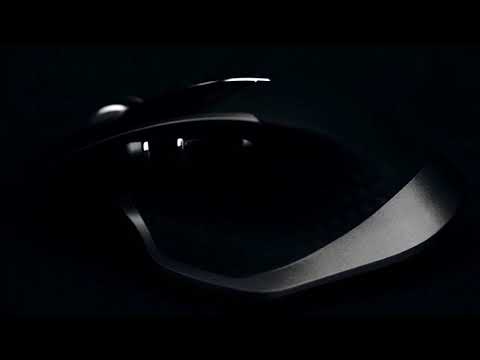 One brand that has recently entered the South African peripherals market is Rapoo, a Chinese peripherals manufacturer, has created its own brand in 2007. By 2010, the company had achieved market leadership and continues to own the largest market share in China since. With a monthly production capacity of 7 million peripherals per month, the company has taken aim at new markets across the globe. We received the Rapoo MT750 Multi-Mode Wireless Mouse for review, a mid to high-end mouse. The MT750 has a number of nice-to-have features, without putting too much of a dent in your wallet. But how does it match up against real-world trials? 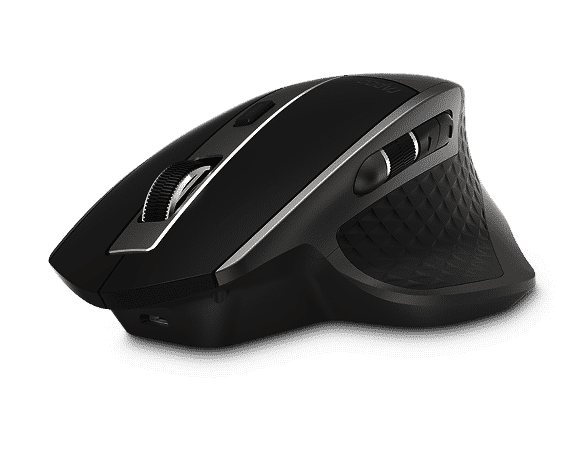 In terms of its design, Rapoo has created a decent enough mouse, which looks both aesthetically pleasing and solid in terms of its build. The MT750 resembles Logitech’s MX Master 2S mouse, from the button and wheel configuration on the top to the rubberised thumb grip and side-scrolling wheel on the left-hand side of the unit. But that’s not a bad thing. There’s only so much you can do in terms of the overall design and build of a standard mouse and opting to base the design on one of the most well-designed mouses available will, at the very least, mean it looks the part.

There are three main materials on the MT750, that of the hardened, matte plastic over the majority of the frame, the rubber palm, thumb and pinkie rests, as well as the glossy feet for easier movement on the bottom. One of the more thought-out changes of the MT750 over the MX Master 2S is the positioning of the LED notification light. It has its LED positioned on the top side, behind the DPI adjustment button. There are three main colours to notify users of what the status is: blue for powered on, flashing blue for Bluetooth pairing/searching, red for charging or low on battery and solid green once the device is fully charged. Speaking of charging, the unit sports a micro-USB port on the front end of the device for easy access, which also allows you to continue using the mouse while being charged.

Apart from the standard left and right-click buttons, the scroll wheel and the DPI adjuster, there are six other buttons across the unit, all of which perform various functions. There are the side-scrolling buttons, which do just that. Right behind that are the back and forward buttons, which also do just that. Flipping the unit over to reveal the bottom, there are another three buttons. From the top, you have the power on/off button, the dedicated Bluetooth pairing button and at the bottom, the smart switch button.

The MT750 feels solid in hand, with no creaks or rattles to speak of. Doing a simple shake test also confirms this, with the only sound of movement being that of the DPI adjuster. Holding this down and it’s almost perfectly quiet, a good sign for any product. Overall, then, from the design to the build of the MT750, it’s straight-forward but well built. 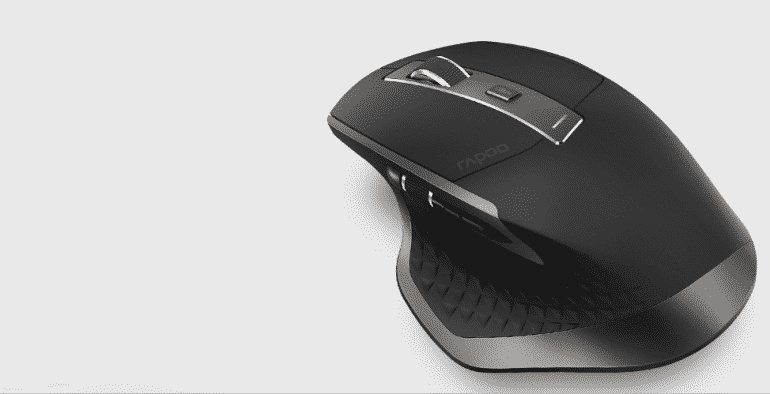 As with many peripherals in the modern age, they’re all pretty straight forward to setup. There are two options to connect your MT750 device. The first, and easiest, is by connecting the USB receiver (2.4G) and switching the power on the mouse to connect. That’s as simple as it is. The next option is also fairly straight-forward, although with an additional step. To connect via Bluetooth, you’ll have to use the switching button at the bottom of the mouse, after which either A, B or C LEDs should be flashing. Depending on the device you’re connecting to, you may need to then click the dedicated Bluetooth button to make it visible for pairing. After you’ve selected to pair, then you’ll start using the device.

Rapoo does have tie-in software for the Rapoo MT750, which allows you to customise all the buttons available on the mouse, as well as set other details such as the DPI, etc. It is worth noting that you’ll need to connect the device via the USB receiver to be able to detect the mouse on the software. Apart from the button customisations, there’s not much else the software is useful for, as all other functionality is available directly from the device itself.

While the other features are fairly standard, the multi-mode connectivity is very useful. I enjoyed being able to switch from one device to the other without having to move around or find various devices. With my PC connected for my home entertainment and my laptop always somewhere close by, it makes a lot of sense to control both using just one device. In fact, I paired four devices at once as part of the tests and seamlessly switched between all of them without any issues at all. Switching from the PC, the laptop, my smartphone and then my tablet all with a simple click of a button. 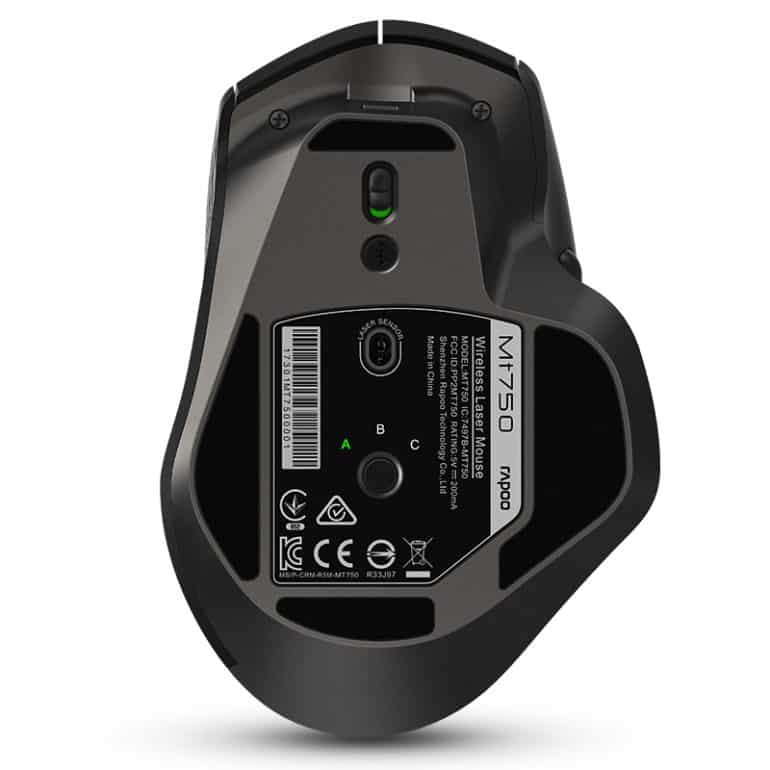 One of the more impressive aspects touted on the Rapoo MT750 is its battery life. I was a bit bemused at first by the spec sheet listed the battery life at 30 days. In all honesty, I didn’t expect it to get anywhere near this mark. Yet, today we’re on day 20 or so and there’s been no indication that the lithium battery is low and needs to be charged. I’ve left the device on during this time while also completed a number of tests and switching between numerous devices on a daily basis and I’ve still not reached the point where a charge is required. I’ll update this review once it does happen at a later stage. Once the device is in need of a charge, I can simply use any of my multitude of micro-USB cables on hand.

In terms of the performance, the MT750 is very solid. The accuracy is great, even on random materials across all of the DPI ranges, which you can adjust from 600 to 3200 DPI. As with many modern mouses, the unit has a laser sensor for better accuracy. You’re not going to get the advanced laser of the MX Master 2S, which works on glass as well, but it’s solid enough on almost all other solid surfaces, even my couch. There’s no discernible difference using either the wireless 2G receiver or the Bluetooth 4.0 support. You’ll get the same seamless and accurate performances across the board. 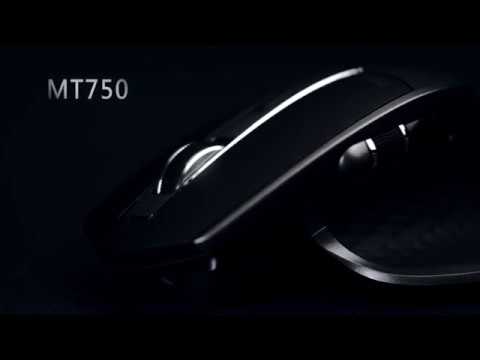 The Rapoo MT750 Multi-Mode Wireless Mouse isn’t necessarily a high-end device, especially not when you consider its price. The device is both useful in its performance with a few good features to boot. With a battery life stated to be around the 30-day mark, you won’t be running to the charger in a rush.

At a retail price of R799 at Incredible Connection, it's a really good buy. It may not be the most ideal for gaming, but there's no reason why you couldn't use it as a casual gamer.