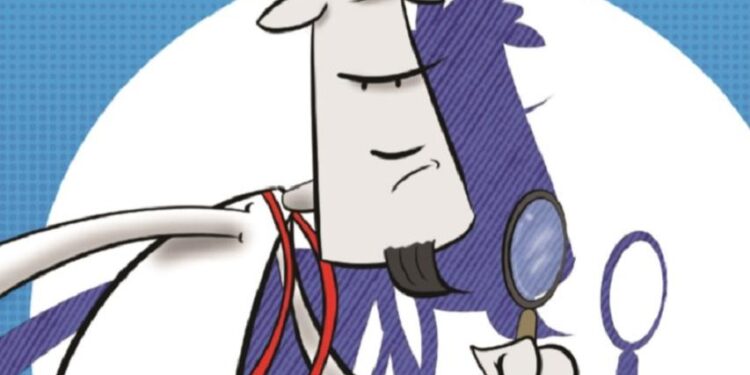 A brand new comic book series is sort of like a TV pilot. You’re naturally excited, but also apprehensive it might only be initially good and flop harder than Fish Mooney on Gotham. This is why Ramlock Investigates #1 worries me. It’s the perfect debut. Combining the charm of Sam & Max with British humour and a hint of Pinky and the Brain (without Brain) silliness, Shirley Ramlock and Hamish Pigling are instantly likeable, buffoonish sleuths. While the bumbling detective formula might be an all-too-familiar trope, it works well here mainly because the gags don’t feel recycled and the storyline entertains. This isn’t a book that’s trying to subliminally show you how the working class is doomed to be oppressed by the top 1%; it’s about funny detective stories starring two zany characters. In the first issue, the two animal detectives investigate the case of Ewan the Sheep’s missing wool and the mysterious Mr Bruin’s involvement in it all. Expectedly, Ramlock and Pigling fumble their way through the pages, often missing the most obvious clues yet somehow getting closer to the truth and more trouble (the last panel features sharks – that’s all I’m saying).

The cartoonish art by Drew Bristow complements the fun tone of the story written by Mike Sambrook and Rob Jones. Even though it’s a detective comedy story more than a traditional crime detective one, I’m pleased to see the whole noir colour scheme was abandoned and Bristow chose to stick with vibrant colours that reflect the characters and their world.

With such a high bar being set by the debut issue, it’ll be interesting to see which direction the future editions of Ramlock Investigates go. Let’s hope this impressive standard is met throughout the series because it has the potential to be something terrific.