The popular streaming site released the trailer during its panel at the Television Critics Association press tour, along with a September 3rd release date. 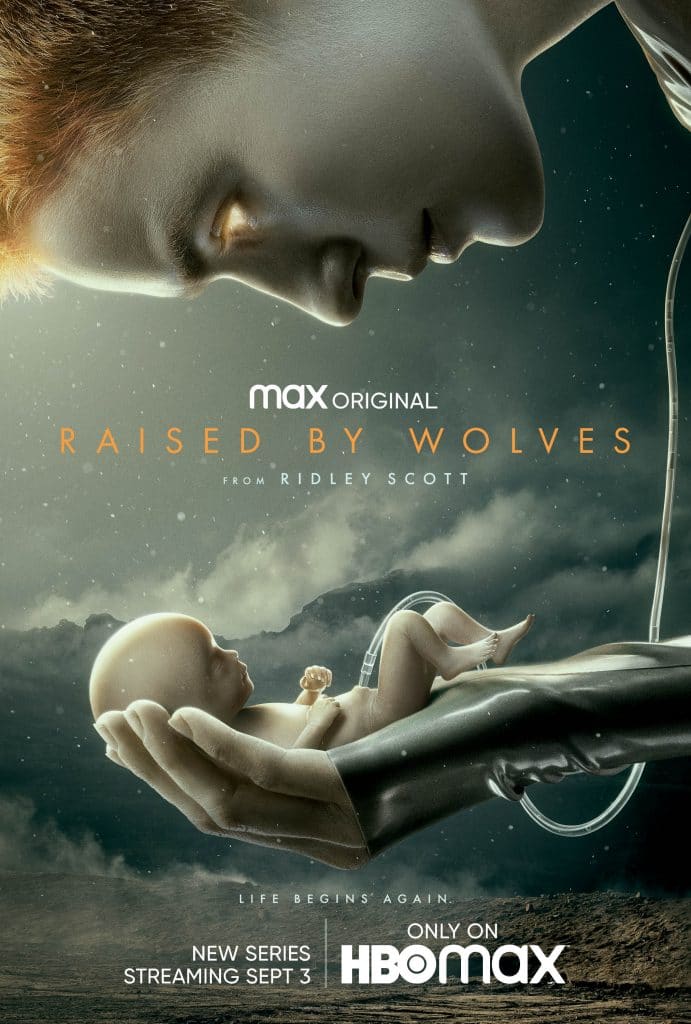 Raised By Wolves follows the story of two androids tasked with raising human children on a mysterious planet. As the burgeoning colony of humans threatens to be torn apart by religious differences, the androids learn that controlling the beliefs of humans is a treacherous and difficult task.

Created by Ridley Scott and Aaron Guzikowski, the science fiction drama series will consist of ten episodes. Scott directed the first two episodes of the series which marks his television directorial debut for an American audience.

Speaking about the series, showrunner Aaron Guzikowski said that while Scott is continuing the aesthetic from his previous films (like Alien and Blade Runner), “he’s evolving into some new stuff we haven’t seen yet.” 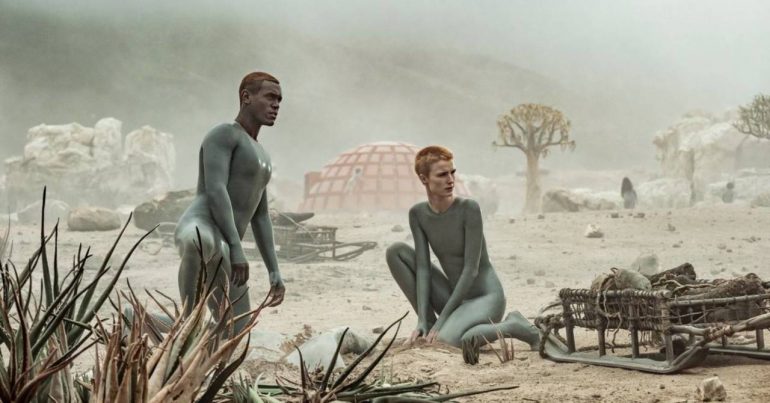 Executive producer, David Zucker went on to elaborate about Scott’s involvement in the project saying…

“The sensibility that Ridley infuses in all of his work is very evident here both from seeing the end of Earth as it is to the pioneering journey on this new planet.”

“The first time Aaron and Ridley came together, both of them being fine artists, Ridley was working up some of his visual inspiration for the piece and started slowly sharing it with Aaron. Before you knew it the two of them were drawing right next to each other and evolving their ideas. It was a very exciting sort of collaboration from the start to finish.”