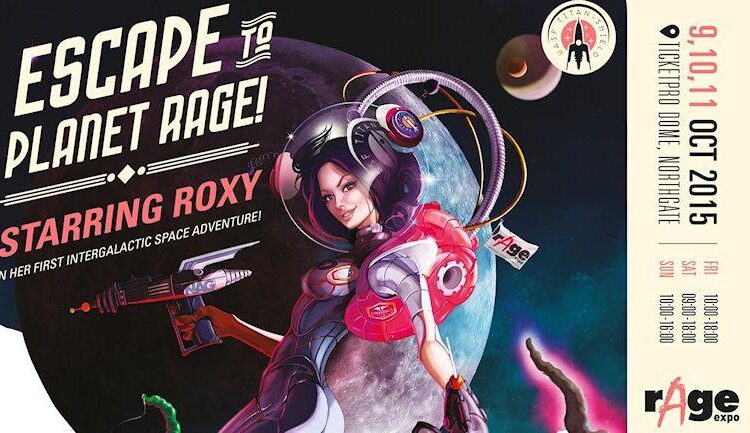 The thirteenth year of rAge has just passed this weekend gone by (9 – 11 October 2015), and the support and enthusiasm amongst those in the crowd are still very evident. Foot traffic is a big part of the success of the event, and each year there seem to be just a few more people flooding into the TicketPro Dome in North Riding, Johannesburg. rAge 2015 featured quite a lot of the same, but, thankfully, a lot different as well. While it may not be the same opinion of most, but the latter is why I return each year. As always, the sheer amount of games to be demoed, even a few that haven’t been publicly available as demos yet, are always good crowd pleasers, drawing huge lines that are visible even around other features a few stalls down the row. There are a few options for getting to play some of the most notable releases, such as Call of Duty or Just Cause 3. The first is obvious, stand in the long queues until it’s your turn, or stick around for most of the day waiting for traffic to die down. Unlike previous years, I noticed a lot more early morning traffic, with a few already leaving the venue by midday. The football titles are always sure to draw fans as well, with both FIFA and PES competing as they’ve always had. Interestingly, there were a lot more PES 2016 stands available around the venue. Another favourite on the day was the second title for the rebooted Tomb Raider franchise. Scattered between the gaming stands, there was quite a number of non-gaming activity. From the Unplug (offline) chill area, where fans enjoyed their board and puzzle games, comic stands, to the artist and merchandising stalls, there were more than enough side spots to venture and experience the geek culture. One type of stall, which although were there in previous years, drew a lot more attention this year, was that of 3D printing. The offerings ranged from intricate models that required pre-order, to a few that offered on the spot printing of the most basic of items such as key chains. But, above all else, the number one crowd pleaser was the Oculus Rift. Thankfully, there were a few of these scattered throughout the Dome with different media houses showcasing samples of their own work or drawing in people to their stalls to highlight what they’re doing in that space. But even with many stalls to sport one, or even two units, the crowds still gathered in their hordes to sample virtual reality. One can only hope for good things in this space, with affordable packages to boot, or events like this may be the only place fans come to experience it.

Geeks and non-geeks alike, fill the Dome each year. And each year passing, there seem to be more and more cosplayers dressing up as some of their favourite characters, be it from movies, anime, or games. While the numbers, seemingly, continue to grow, the level of detail put into an outfit also seems to heighten. The most obvious choice of costume for the first time, or not as serious, cosplayers was that of some or other type of zombie. A torn shirt with some painted blood made it easy to replicate, but there was some stunning makeup work done by a few to really sell the idea. Another two notable differences amongst cosplayers for me were the number of couples doing it together, in addition to the increased number of non-white cosplayers on the day. This was really good to see and I hope it continues to gain interest amongst all gamers, geeks, and enthusiasts alike. As stated previously, I don’t attend rAge on the basis of playing or demoing the latest games, as the opportunity will always present itself to me at some stage in the near future. And while there are many that don’t have this luxury and do enjoy a day experiencing games they otherwise would never get to play, I enjoy the randomness of the event. New and novel are what excites me each year, whether it be the cosplay, local indie games, and even the non-gaming stalls, they all have their part to play in what makes rAge worth attending. Hopefully soon the organisers will need a bigger space to accommodate all the new features to be had at rAge.