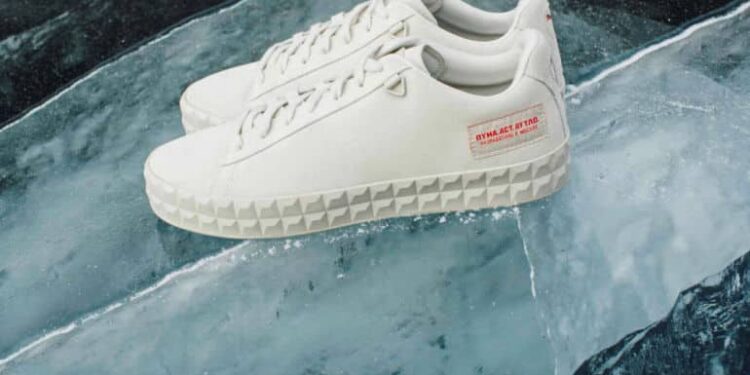 In June, PUMA and and Outlaw Moscow, a.k.a AYTΛO, celebrated the successful launch of their first collaboration. The design teams are back, launching their second collection this year, focusing more on urban military design, with street-inspired fashion overlaps. While the first collaboration was titled ‘Diversity’, the second is called ‘Freedom’.

Derived from the Freedom label, the latest PUMA x Outlaw Moscow | AYTΛO collection tells a story of exploration and self-liberation. This a message from a new generation of Russians striving for peace and freedom, expressed through fashion. The location of the shoot for the range also encapsulates this, filming from the ice frozen Baikal Lake in Siberia, as well as a 19th-century Imperial Palace and the urban streets of Moscow.

The latest collection features military detailing, rugged textures and bold materials. A key graphic element from the range is the view of Moscow via satellite images to give it an urban vibe and emphasising the brand’s roots. The minimalistic branding includes the PUMA lettering, translated in Cyrillic – ПYMA – alongside the Outlaw Moscow logo AYTΛO, a phonetic transcription of Outlaw. The range of sneakers from the drop includes AVID Shield Outlaw (Graphic Print or PUMA Black), Court Platform Outlaw and Ren Boot Outlaw. The main drop from the collection, the Avid Shield Graphic Outlaw, is an elevated mid-cut boot with a graphic print of Moscow via satellite image. This is complemented by a neoprene upper, with leather and rubber overlays.

As part of the military aesthetic, the shoe features a large fore-foot harness with buckles and side zippers. The look is completed with the PUMA Ignite cushioning technology, with an aggressive rugged rubber outsole. 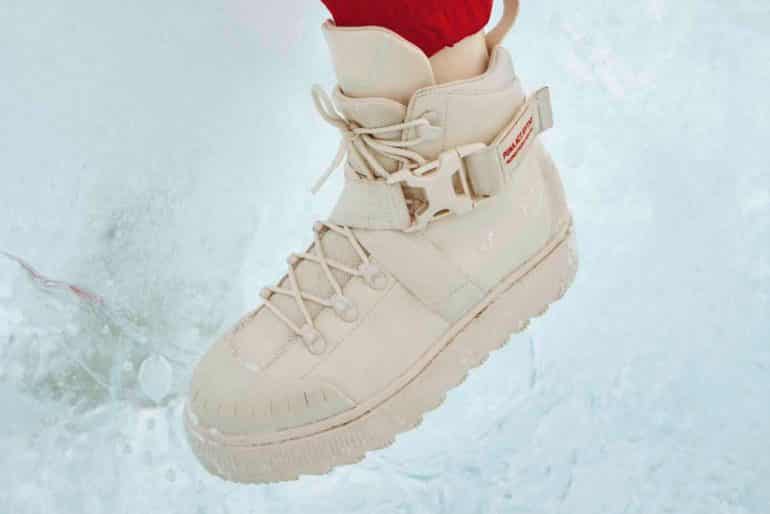 The Ren Boot Outlaw, a high-cut combat boot, also features military style influences. The silhouette adds urban military definition with hardware details, such as a reinforced TPU toe-cap, along with an extended rear TPU piece. The look is completed by means of hiking eyelids and buckles. The Ren Boot Outlaw is available in two colourways, off white and black.

This, the second drop from the PUMA x Outlaw Moscow | AYTΛO collection is set to drop on 3 November 2018 and will be available at PUMA Select, X-Trend, Archive, Superbalist and Madaiza stores across the country.