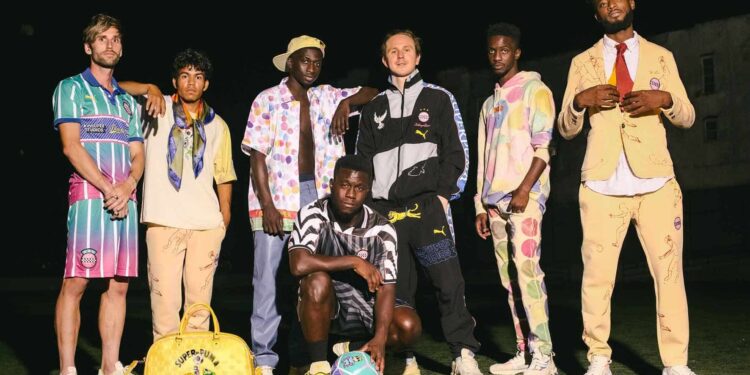 PUMA has partnered with one of today’s most sought-after creative artist collectives in Brooklyn, KidSuper Studios, for its latest drop. The duo has announced the release of their debut collection as part of the PUMA x KidSuper Studios range. 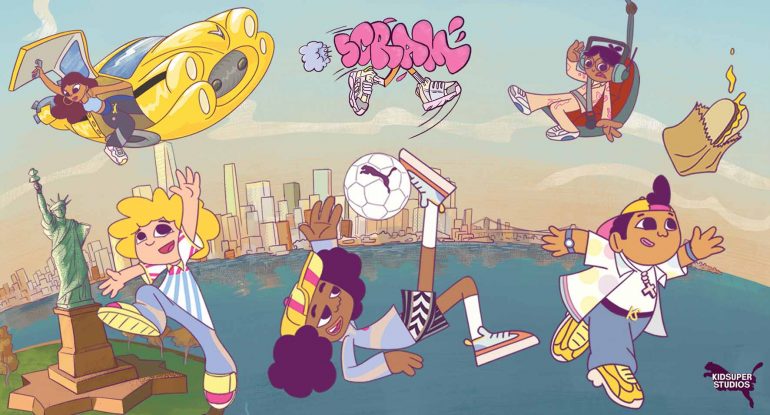 The latest collection draws inspiration from PUMA archived football range. This theme is further extended with KidSuper founder and designer, Colm Dillane, having been a football player in the past.

The collection was born in an effort to merge this love for the game and the team chemistry of football with its unique creative and innovative energy of the art world.

The design and creative team has transformed the PUMA sneakers, streetwear and accessories with a fresh take by means of their unique styles influenced by fashion, art, music and sport.

The collection also stands out thanks to its retro tailoring, bold prints, vivid colour match-ups and the funky “KidSuper Studios” signature doodle aesthetics.

The PUMA x KidSuper collection features two sneakers, the PUMA Style Rider and the PUMA Oslo City, with retro elements throughout. The two pairs feature an unfinished look with raw edges, exposed foam and zigzag cross-stitching on the seams.

The influences create a vibrant, multi-coloured aesthetic with accents and a mix of materials, prints, doodles and embroidery.

From hand-drawn football sketches, the team has converted them into an all-over graphic print for the PUMA x KidSuper Tailored Jacket (R4,399) and Pants (R2,199).

The jacket features a two-button, single-breasted closure, breast pocket as well as patch pockets on the front, for storage solutions.

The pants includes front slip pockets and a back-welt pocket for additional storage. To promote the launch of the collection, KidSuper Studios has created a limited animated series in partnership with PUMA. The series is called SCRAM and features the likes of Usain Bolt, Héctor Bellerín, Jessie Reyez, Meechy Darko, Lolo Zouai, West Side Gun and Lil Tecca.

SCRAM will include 7 mini-episodes, which tells the story of three New York kids and their adventures through the city. Each of their lives changes when exploring a secret lab below their neighbourhood bodega. As a result, the kids pick up superpowers and need to figure out to use it for good. 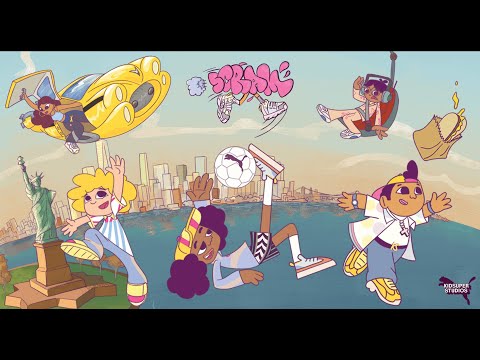 The PUMA x KidSuper collection is set to drop online at PUMA.com, as well as at PUMA Select Cape Town and Braamfontein on 17 September 2020.