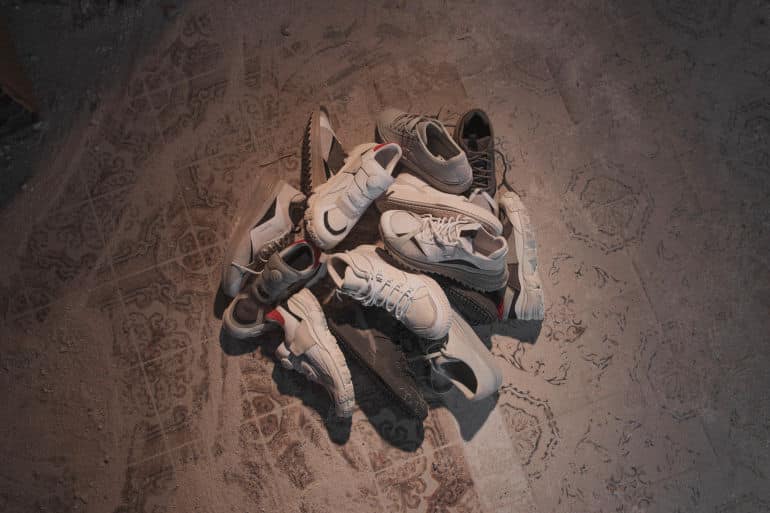 PUMA and Han Kjøbenhavn have already joined forces twice previously, the first in October 2017 and then again in March 2018. The duo has once again brought their design houses together for a creative spin on simplicity and functionality, which defines the Scandinavian design. The PUMA X Han Kjøbenhavn extends into a third season, recreating workwear staples in luxe materials.

The capsule features a list of classic and modern sneakers from PUMA’s archive, reimagining the designs into vintage workwear, mixing it together with sporty touches. Creative Director, Jannik Davidsen, included a design that incorporates premium elements to give it a premium feel and hand-made look. The sneakers showcase features raw materials to give a more progressive design, which is featured on each of the silhouettes, including the Basket HAN, Breaker Mid HAN, Avid HAN, and Trailfox Disc HAN.

The Avid Han is the main silhouette from the drop, which is crafted with premium soft leather and mesh uppers. The look is completed with raw vintage suede, leather and nubuck overlays. The Avid is available in Steel Grey and White colourways. The design is stepped up to the next level with the Trailfox Disc Han, which is created using a premium soft leather and mesh upper, and similar raw vintage nubuck and leather overlays. The silhouette includes an aggressive trail-inspired chunky rubber sole, with PUMA Disc laceless technology, along with co-branded plastic lace jewel on the outer padded leather tongue.

The PUMA X Han Kjøbenhavn collection is set to drop on 15 September 2018 and will be available at PUMA Select, X-Trend, Superbalist, and various other retail across the country. Pricing for the range is as follows:

For more imagery from the PUMA X Han Kjøbenhavn range, check it out here.