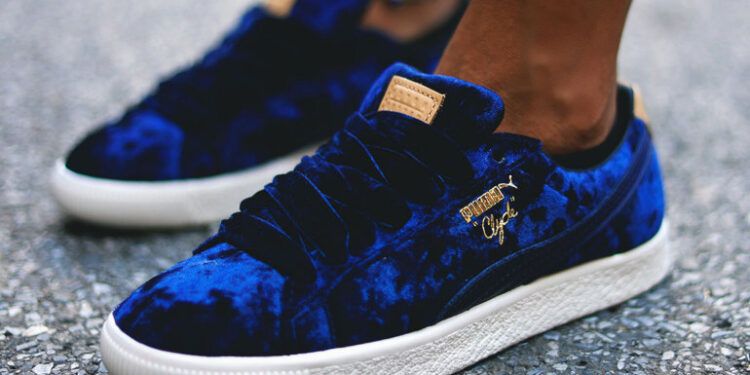 Puma has once again released an updated design for the much-loved classic, the Clyde. This time around, the company has collaborated with Puma X Extra Butter with the new style pack Kings of New York. The Kings of New York sneaker features the crushed velvet and translucent ice soles, paying tribute to the go-getters and hustlers including the B-boys, graffiti artists, street ballers, musicians and style moguls from the Big Apple. The new silhouette, a reimagination of the Clyde, originated on the basketball court and named after the OG court hustler himself, Walt ‘Clyde’ Frazier. Walt’s quick hands on defence, combined with his calm, cool and collected demeanor, paired with his smooth, off-the-court style earned him the nickname, Clyde. Extra Butter, a long-time sneaker stalwart from the Lower East Side, present the latest premium iteration of the Puma Clyde. Extra Butter’s creative directors, Jason Faustino and Bernie Gross, who first met over a decade ago started out in New York City B-boy scene. It’s all about staking claim to survive the streets. The partners now head up one of the most successful sneaker hotspots on the East Coast. The Puma X Extra Butter Kings of New York Clyde will be available from 26th July 2017, and featured in two colourways, Cabernet and Peacoat crushed velvet. The sneaker will retail for R2,499 at Puma Select and Shelflife.