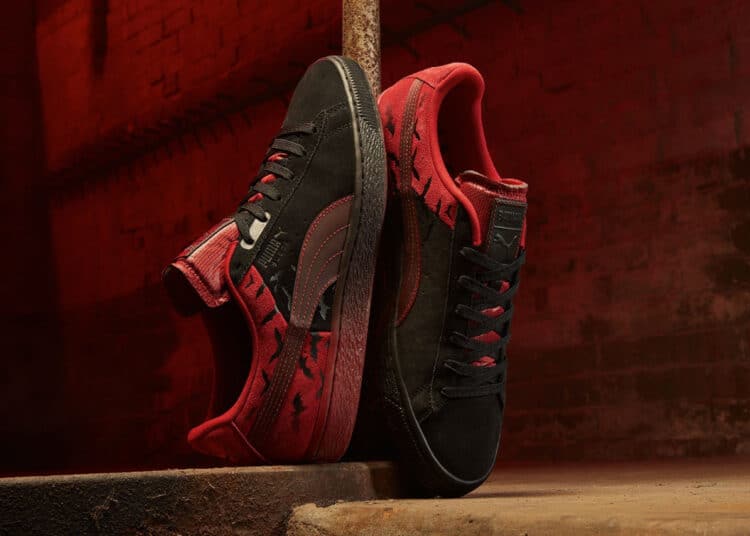 A year ago, as the Snyder Cut gained momentum, the PUMA Suede was released to honour Superman’s black costume in Justice League. This week, PUMA has once again partnered with DC Comics for the upcoming The Batman film. The PUMA X Batman collab brings with it a host of new sneakers, apparel and accessories.

The collection was first teased all the way back in October 2021 as part of The Batman film marketing campaign. With the film only a few days away from its theatrical release, that marketing campaign is in full swing now. As such, the PUMA X Batman collection is available as of this weekend.

PUMA South Africa has announced that the PUMA X Batman collection is headed to our shores in April. Fans of the Caped Crusador will be able to get their hands on the apparel from the range starting 8 April 2022.

Additionally, the sneakers will release in May, with additional drops through to July.

The collection will be available online at PUMA.com, as well as in stores at sportscene, Archive, X-Trend, Side Step, Shesha, Superbalist, WE ARE EGG, Totalsports and many more. So, keep checking back over the coming months for the exclusive PUMA X Batman collection.

The range of pieces from the PUMA X Batman collection available in South Africa will include:

In terms of the sneakers heading to our shores, you can look forward to the following:

The PUMA FUTURE FG/AG football boot will drop in August for R4,399.

The PUMA X Batman collection is available online at PUMA.com.