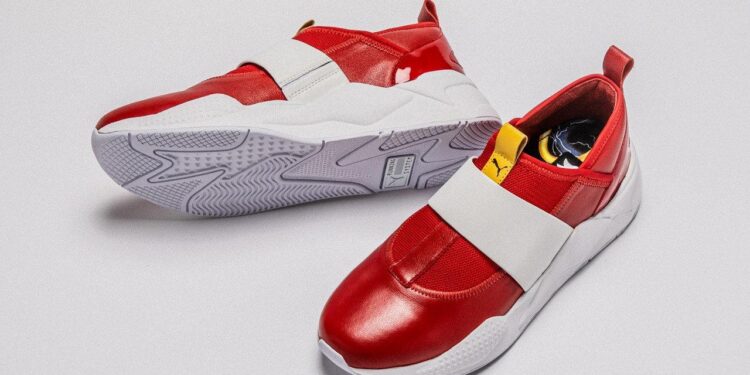 With the live-action Sonic the Hedgehog film set for release in a few territories tomorrow, 14 February 2020 (in South Africa theatres from 21 February), there has been an increase in the marketing campaigns surrounding the movie. While first impressions of the film were met with mixed reviews, the director announced that the film would be receiving a major overhaul, mainly to address Sonic’s looks. Thankfully, the redesign fixed a number of issues with the main character’s design. One notable change was also Sonic’s sneakers. Now, PUMA and Shoe Surgeon have teamed up to bring the sneakers to life by means of a custom creation. 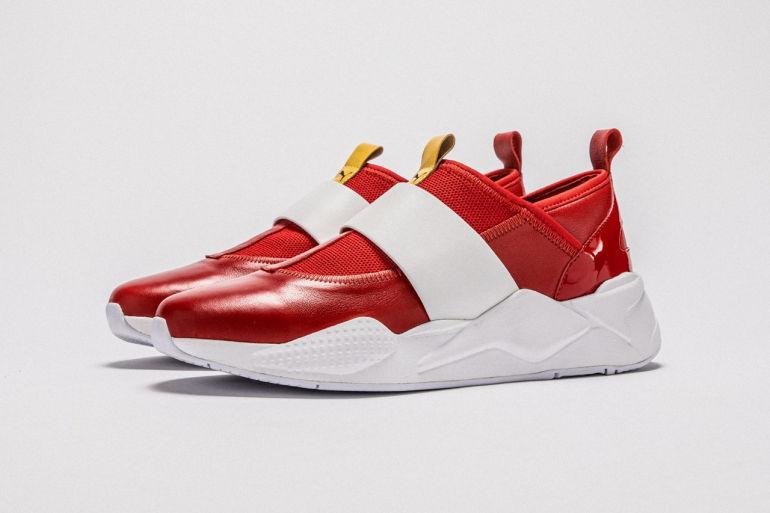 The real-world version of the anthropomorphic blue hedgehog’s sneaker features all the familiar details. The sneaker has a deep red upper (featuring two variants of red leather) with white midsole and strap across the foot, along with a few gold touches as a nod to the rings Sonic collects in the games. The shoes themselves were designed and created from scratch, as you can see in the video below. 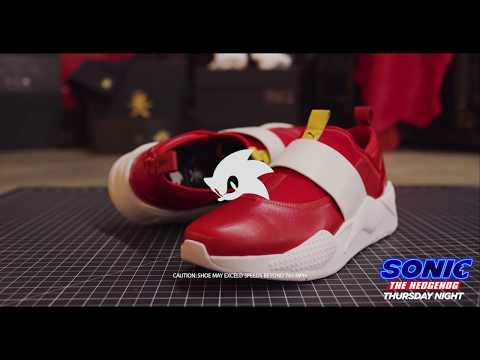 While the sneakers don’t quite scream “PUMA”, there are a few nods to some design elements. The sneaker has a bold sheen on the forefoot, as well as a highly glossy finish on the heel. It also includes PUMA’s signature sock-lit fit, although not quite the evoKnit finish. The white leather strap across the midfoot was included as a lockdown. The midsole is based on PUMA’s RS-X design, which many fans of the brand will recognise. The only PUMA branding on the shoe is on the gold tongue tab. The sneaker design is rounded off by means of a custom insole complete with Sonic motifs.

Over the past two years, PUMA has officially launched a few variants of the Sonic sneaker, thanks to its partnership with SEGA. These included the PUMA RS-0 Sonic and the PUMA RS-X3 Sonic. This time around, however, the custom Shoe Surgeon x PUMA Sonic sneakers will not be available for retail, with only a handful of the shoes created.

You can, however, win some awesome Sonic the Hedgehog prizes via the links below: