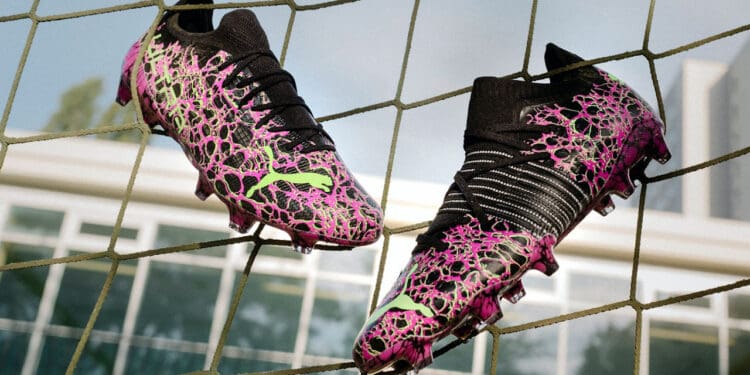 A few weeks ago, PUMA Football kicked off the year with the release of the PUMA Flare Pack. Now, the team is back with another hot release. The PUMA Origin Pack brings with it an update with eye-catching special editions for the ULTRA 1.3 and the FUTURE Z 1.2. The pack celebrates the origin stories of the next-generation PUMA game-changers.

The latest pack was designed for next-gen talent. In doing so, PUMA has gone back to its roots to reconnect to its origins. So, the PUMA Origins pack was born.

For many young football fans, countless hours are spent in parks and courts. From the fresh-cut grass, burning concrete, jackets and shoes as goalposts, whether it be first thing in the morning or the last at night. This is where the dreams of the next generation are born.

The PUMA Football team travelled across the globe and met with promising young players in local areas of their childhood clubs. The idea behind this was to inspire a new generation to dream big as well as write their own stories.

First from the pack is the PUMA Ultra 1.3 Origin edition. It was designed for lightweight speed, consisting of the MATRYXEVO technology. This has been combined with the high-performance technical Carbon yarns and transparent Mono yarns. As such, it creates a single-layer design, minimising weight without compromising durability.

The upper has been integrated with a microfiber SPEEDCAGE, strapping in your foot for explosive acceleration and lightweight support. It keeps your foot locked in while allowing you to produce rapid bursts of speed. Be the fastest from your very first step.

Then there’s the PUMA Future Z 1.2 Origin edition. It has been engineered with zero compromises to provide the ultimate fit and lockdown. The boot gives players the ability for explosive multi-directional.

The Future Z 1.2 features a knitted mid-foot FUZIONFIT+. It is an adaptive compression band that wraps around the foot creating the ultimate fit, comfort and responsiveness. The technology is also optimised to give wearers elasticity around the collar and enhanced lockdown at the midfoot. Its Dynamic Motion System outsole is a specially-crafted plate for explosive agility, stability and optimal traction.

Brighten up the pitch with the new PUMA Origin pack. Both boots retail for R3,599.

The pack is available at PUMA.com, as well as selected retailers across the country. The PUMA Origin boots will be available in Magenta, Black and Green Glare colourways with graphics inspired by superhero origin stories.