Puma has announced the release of the Puma Netfit, launched this past week in New York with Usain Bolt at Altman Building.

Puma continues their tradition in pushing the technological boundaries and innovations with the Netfit, the uniquely customisable lacing system, which offers infinite performance and styling options on one sneaker. The technology enhances the overall fit and support by combining a high-grade engineered net with form-fitting base materials. The unique mesh systems allows users to lace up anyway they choose, given them complete control over style versus support, opening up creativity on the side of the consumer. Whether you’re at the track, at the gym, or hitting the streets, the Netfit Technology will feature on several sports and performance Puma shoes in the future. Puma have developed five different lacing options to help provide owners with simple guidance, before unleashing their creative juices. These five lacing options include Standard, Stability, Wide Foot, Narrow Foot, and Heel Support.

Puma’s top featured athletes, including the world’s fastest man, Usain Bolt, will be showcasing the shoes featuring the new Netfit Technology in the upcoming World Championships in London 2017. The Puma Netfit Technology officially launches in May 2017 and will be available on a number of different Puma sneakers in the coming months, including the Speed Ignite Netfit (already available), Ignite Netfit, Tsugi Netfit, Ignite Limitless Netfit (July) and 365 evoKnit Netfit (August). 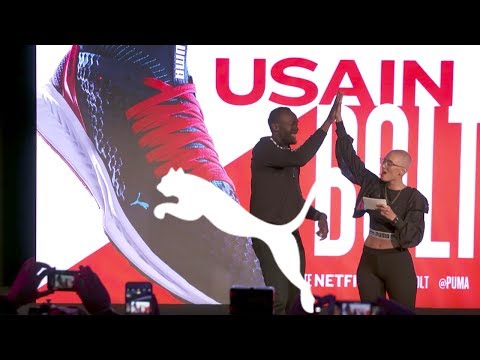