PUMA Celebrates A Decade of Cooler As Ekke with Parow Veldskoen 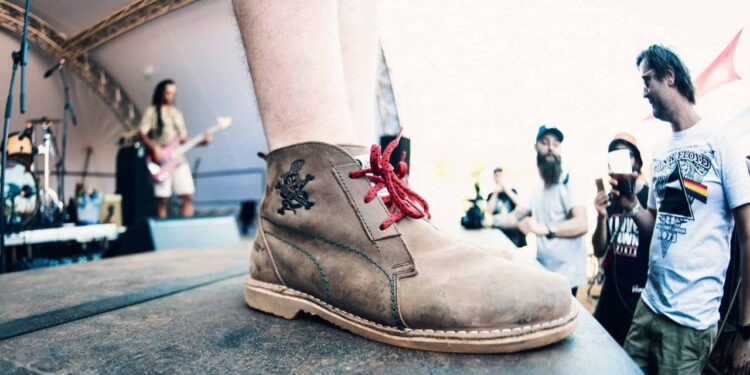 With the track “Cooler As Ekke” hitting the number one spot on the South African billboards a decade ago, PUMA celebrates by partnering with Jack Parow with the release of a limited edition PUMA X Parow Veldskoen.

The veldskoen, or vellies, is a quintessential part of the South African heritage. The shoe also forms part of Parow’s go-to look.

With its latest partnership, PUMA features a number of design elements from the single, as well as logos synonymous with the Jack Parow brand.

The upper features the standard rough, brown leather as with most veldskoene, along with the words “Jack Parow 10 Years” etched above the stitched PUMA Formstrip. The PUMA text and logo is placed on the heel of the shoe. The shoes have contrasting bright red laces atop the tongue, which has the PUMA and Parow logos.

As with the typical veldskoen, the Parow Veldskoen features a thick rubber sole with a gum outsole. To complete the look, the shoe has a yellow insole with Jack Parow design elements. 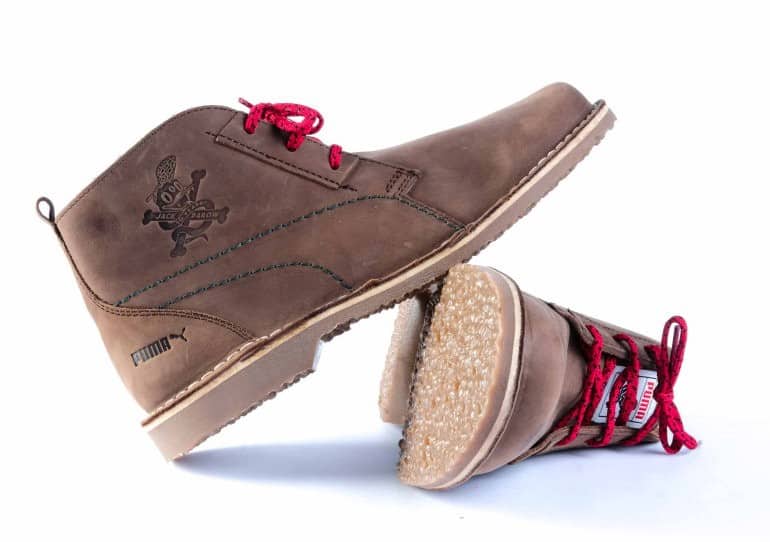 Jack Parow has the following to say about the release:

“PUMA has been one of my best friends since the very beginning! 2020 marks 10 years since Cooler As Ekke – which catapulted me into the limelight and became the first Afrikaans song to reach a million hits on YouTube. PUMA was there before that, when I was just some weird dude with a ‘snor’ trying to make people listen to my weird Afrikaans rap songs. They listened, they supported and they have always stuck with me.”

The PUMA X Parow Veldskoen is available online at Superbalist, Nolene’s in Robertson and Ritsa in Clanwilliam. The silhouette carries a recommended retail price of R1,299. It will also be available at Jackparow.co.za from 16 December 2019. Be quick, as there are only 100 pairs available of the limited edition shoes.