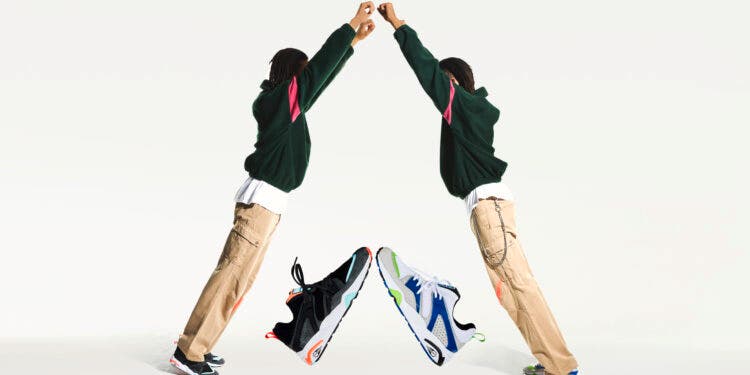 Back in 2016, PUMA launched its reimagined Blaze of Glory sneaker. This was a redesigned sneaker, originally launched in 1990. At the time, it debuted with one of the most advanced cushioning systems to date, TRINOMIC. The brand has launched a fresh pack for the range in the form of the PUMA Blaze of Glory Reverse Classics collection.

The TRINOMIC cushion was popular at the time of its original launch. It spawned a range of sneakers with its innovative technology. Thanks to its hexagonal system in the sole, it provided compression and rebound load. As such, it brought a whole new angle to the sneaker game by harnessing three fundamental elements. This includes cushioning, stability and flexibility.

15 years ago, PUMA reintroduced the technology and expanded the TRINOMIC family with the Blaze of Glory sneaker. This inspired the ground-breaking PUMA Disc Blaze style, based on the original 1990s design. The change here came in the form of laces.

It was one of the most padded and plush versions of any TRINOMIC cushioning produced by PUMA. The sneaker was designed for comfort, with its unique upper, signature cage lacing system and comfortable sock construction.

This week, PUMA bring back the classic style from 2006 in its original glory. The PUMA Blaze of Glory Reverse Classics collection features colour combinations which has been inspired by previous releases. It also features a mix of mesh and leather on the upper.

Its construction remains based on comfort, with a sock constitution and TPU windows. The iconic TRINOMIC logo on the midsole and enhanced tech on the outsole round off the improvements over previous designs.

The PUMA Blaze of Glory Reverse Classics retails for R2,399.

The sneakers are currently available online at PUMA.com as well as in selected retailers. These include PUMA V&A Waterfront, Braamfontein and Gateway, Archive, Shesha, X-Trend and others.