Puma Continues The 50th Anniversary In Celebration Of The Suede 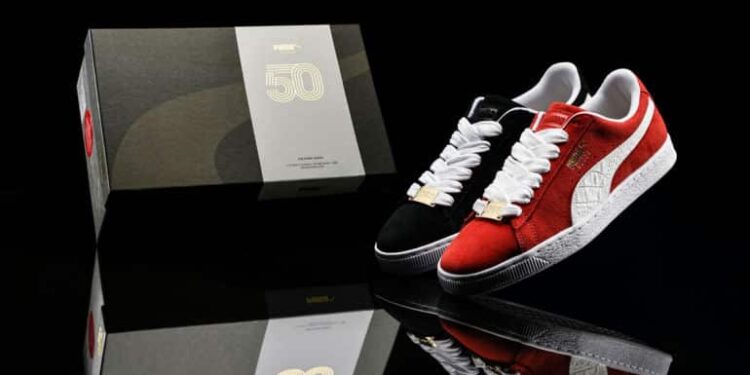 When Puma launched the Suede sneaker in 1968, it had no idea the cultural phenomenon it would have at its disposal. Next year, 2018, sees the 50th anniversary of Puma’s classic sneaker and, as such, Puma has kicked off a campaign leading up to the actual event, celebrating with a number of unique Suede drops in the months to come. In mid-October, Puma kicked off this campaign by partnering with American athlete and silent activist, Tommie Smith, who brought about the most famous moment in history to include the silhouette. This time around, Puma takes it to the streets, paying homage to the B-Boy culture. The original Suede sneaker started off as a humble sports warm-up shoe, later to become a popular off-the-court silhouette when the hip-hop scene was born in the Bronx. Over the next few months, Puma will celebrate the 50-year milestone by releasing a number of unique Suede drops, including exciting collabs in music, fashion, street and pop culture. This November kicks things off with the B-Boy capsule pack, consisting of the classic Puma Suedes, alongside other classics in the form of the T7 Track Suit, a Tee, and various Accessories in OG styles and colourways. The smooth suede and unique colourways, coupled with a rubber outsole for grip make the Suede the perfect companion and essential for the B-Boy. The sneaker could be seen on the dance floors, both in the club and on the streets, hitting the world stage, remixed by new legends, and solidifying its status. For the first of the Suede 50 drop, the B-Boy capsule pack features colourways including Black, Flame Scarlet and Forest Green-Peacoat. There are also female variants for the sneaker, which includes Red Dahlia, Spiced Coral and Blue Indigo. The B-Boy pack comes with the trademark, thick grippy, rubber outsoles, perfect for power moves in every dance battle. The new silhouettes also includes a thicker lacing system fastened by gold name-plate locks. Commemorating the occasion, the kicks also feature a special edition “Suede 50” shoebox with metallic gold details and branding. The B-Boy Suede sneaker pack is set to drop on the 16th November 2017 and will be available at Puma Select, Puma Canal Walk, Puma Gateway, Puma Mall of Africa, The Cross Trainer, Archive and various other selected stores.