Home > Gaming > PS5 Dev Kit vs PlayStation 5 – What Are The Differences?

PS5 Dev Kit vs PlayStation 5 – What Are The Differences? Before the release of the PlayStation 5, there was an abundance of leaked PS5 dev kit images on the internet. Of course, the bulky, V-shaped box ended up looking nothing like the final console. But, aside from the look, what exactly are the differences? 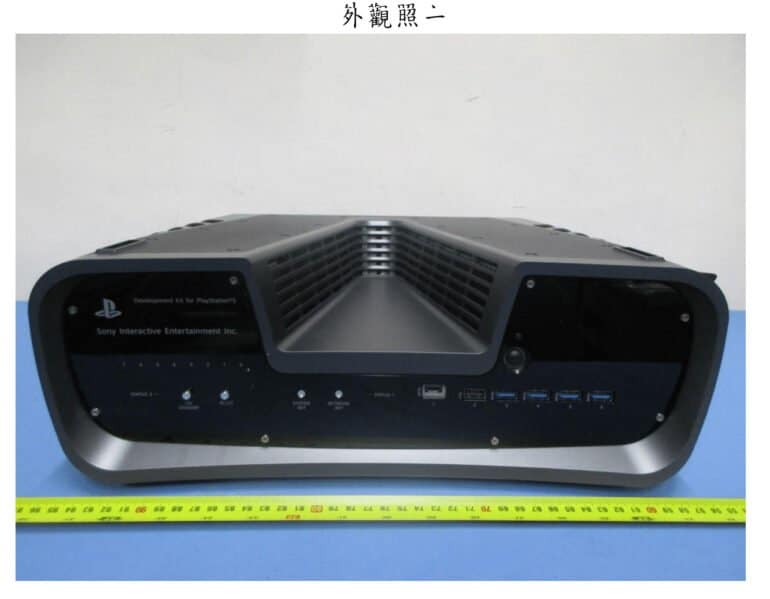 What Are Dev Kits?

Game development kits, also known as Dev Kits, are a collection of tools and frameworks that are bundled up into a concise package in the form of hardware to facilitate the development process of games. Each company, such as Sony, Microsoft, and Nintendo, have their own tool kit and hardware, which is sent to game developers so they can create titles for that specific platform.

That being said, the main purpose of Dev Kits is to facilitate the communication between the software that is being developed on a computer and the machine that will run the game.

Basically, these kits work very similarly to the final version of the console, with the exception that they are extremely more powerful than the home versions. Firstly, because there needs to be some margin of processing power to ensure that developers won’t run into bottleneck problems while creating the games. Secondly, because there needs to be enough power behind the machine so it can receive, emulate, process and give real-time feedback while maintaining debugging logs for the devs.

Looking at the pictures above and below it is clear to see that the developer kit has no similarities to the final PlayStation 5 that was available to the public. The design difference is one of the most distinguishing features of this kit, but another huge one is the specs that are speculated to be inside this machine.

It is worth noting that all information has come from supposed insiders and leaked information, as these machines are protected by non-disclosure agreements. But if we do take these images and specs as truthful, the PS5 Dev Kit is an entirely different machine.

The first noticeable thing is that the Dev Kit has two heat sinks on a V-Shaped console to enable better ventilation. There are also two different ethernet ports, multiple USB entries, various switches and ports that are specifically there to help game developers.

For instance, the image below was a representation of the front part of the PlayStation 5 Dev Kit.

Now for the most impressive part is the wild specs that are supposedly inside the developer kit. If the leaks are true, this version is one of the most powerful hardware available in the industry right now.

Here are the specs:

By the numbers alone, they are vastly different, with the PS5 Dev Kit being superior, faster, and more powerful in every aspect with the exception of the SSD that was inferior.

Overall the final product we received wasn’t too far off from what the leaks said the PS5 Dev Kits possessed. Obviously, the dev kit would be able to deliver better graphical and frames per second performance than the stock version, with all the surplus power it has, but that doesn’t change the fact that the dev kit is a tool to ensure games will run at capacity on stock consoles.

Had we gotten the leaked version, your PS5 would be a cutting edge PC with processing powers similar to Ryzen 7 3700X, which would make it the most powerful console ever. With that being said, Sony has an eco-friendly proposition towards its console, and the sheer amount of power that would be required to run the leaked specs wouldn’t fit that proposition. Even more, recently PlayStation 5 consoles have reportedly had some overheating problems which would only be aggravated since the PS5 Dev Kit had a very different design to accommodate the ventilation requirements of that hardware.

Still, rumours have recently suggested that the shortage of semiconductors has Sony studying the possibility of redesigning the PlayStation 5. Nothing is known about this redesign if it changes the designs, structure, or hardware, but there is a chance a more powerful, newer – and purchasable – version of the console comes to shelves soon.

Finally, dev kits are known to eventually pop up for sale around eBay and other websites. It is very early to assume any of the PS5 Dev Kits to appear, but if history shows us anything, somewhere down the line you might be able to snatch one.

Which look do you prefer, the PS5 dev kit or the final released PlayStation 5 console?