Project CARS 3 Review – Too Much Torque, Too Little Traction A few weeks ago, Slightly Mad Studios officially launched Project CARS 3, the third iteration of the racing simulator, published by the team over at Bandai Namco Entertainment. Even before the game launched, many of the die-hard fans were worried about the new direction the developers would be taking with the game, switching from the out-and-out simulation to something more of a mix between that and an arcade racer.

Between the years of 2011 and 2013, I spent a fair amount backing a number of indie games that piqued my interest. Having lost interest in most of the AAA franchises, some of which would redeem themselves in later years, it was a worthwhile investment to get involved in the indie scene – not simply for my own sake to have better games available, but the community as a whole, which has only grown since.

The indie market included some of my favourite titles, including games like Fez and Limbo (with Inside later released as a sequel to the 2D runner). The list of games I had backed included the likes of Ghost of a Tale, Might No. 9, and even the first Project CARS game. 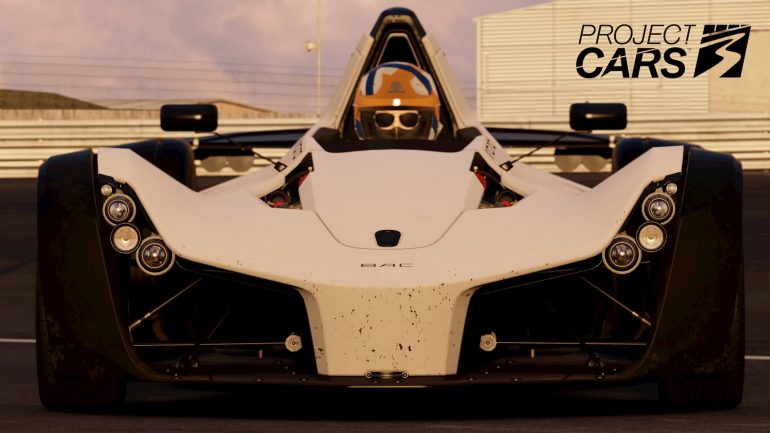 Almost immediately after seeing the first images for the game, I was hooked. My disdain for many of the Need for Speed titles at the time increased with each new release, as I moved away from the arcade-style racers, switching instead to more realistic titles such as F1, Forza, GRID (ironically also released in actual arcades) and the Project CARS.

Almost as soon as the first game hit the digital stores, the second was picked up for crowdfunding again. Although I didn’t back it this time around, I still made an early decision to purchase it soon after release, which I would still play well into 2020 on occasion, some three years after its release.

Unlike its predecessor, Project CARS 2, the latest title switches from the racing weekend-style model for a tiered career mode. Here, players earn XP based on their race performances, from your finishing position, right down to other elements such as how corners are approached and exited. 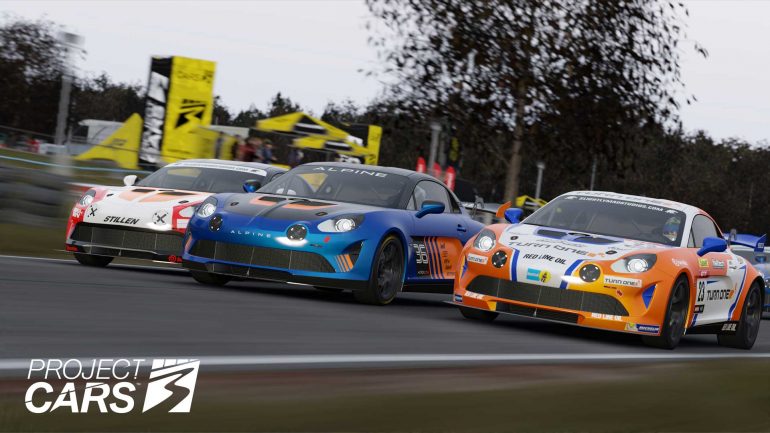 With each progression, players then earn discounts for parts used to upgrade their cars as they make their way to the top of the leaderboard across the very many individual championships available. During this advancement, you’ll also get to experience faster cars and different event categories, spending that hard-earned cash to buy new racers to enter said race.

Sounds simple enough. The problem, for me at least, is that the build-up feels sluggish, and the benefits of winning each race feels artificial. Instead of nail-biting racing where anything can happen, I ended up, more often than not, ahead by a few seconds, looking to level up faster by hitting those markers for more XP at the end of the race.

Every so often, I’d ditch the career mode in favour of the open challenges, where players can choose from a wide variety of cars and tracks to bring more excitement to the day. For even more hardcore racing, players also have the option of switching to the online multiplayer mode – although elements straight out of the handbook of previous racing titles. No major issues here, however. 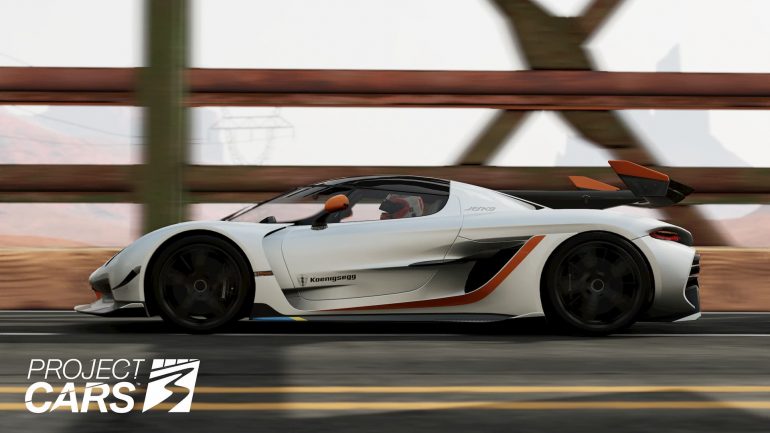 On the track, there’s quite a lot of fun to be had. The game is built on the popular Madness Engine, used for the previous title, as well as Automobilista 2. The in-game controls and feedback are still very realistic, making for great entertainment. Whether you’re at the start of a race or approaching the end, one foot out of place can still cause you to over or understeer into an accident. And while the results of the said crash may be a lot different this time around, it’s that racing feeling that matters most.

That said, it doesn’t come close to the anxiety levels of Project CARS 2, with a lot more grip on the front and a very loose rear, almost as if the game wants you to slide into every corner – like many mobile racing games.

The cool part of Project CARS 3 is upgrading of the cars, allowing players to race their starter Renault Mégane R.S. Trophy against the likes of the Bugatti Chiron Sport – both considered road cars – with some major upgrades, mind you. While this is entertaining in some aspect, it’s also what makes the game a tad unrealistic, something that has been the backbone of the series up to this point. 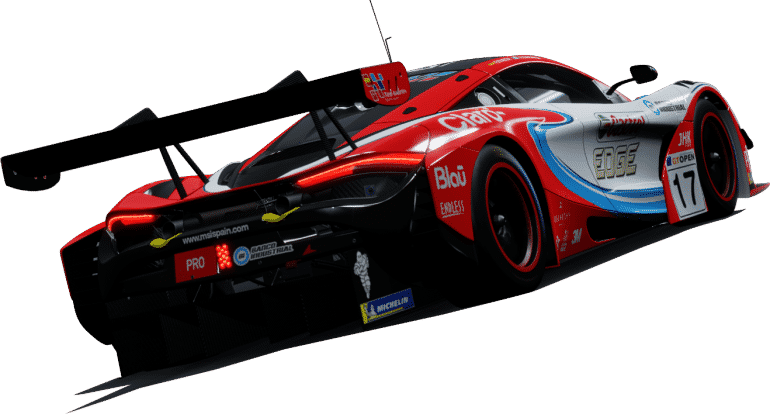 With this inclusion, along with a few others, changes the dynamic of the game to have a more arcade feel; the reason why most die-hard fans take issue with the latest release. Queue the very many forum discussions online in this regard.

This, however, we can still get around. Where Project CARS 3 really suffers the most comes in the form of a number of omissions that made the game intriguing to begin with.

This includes a few of the favourite tracks, including Le Mans, Indy 500, Bathurst, and even rally racing. Laps are also limited to a maximum of 99, which puts a limit on some of the hardcore realism for those who wish to replicate it.

The closest to most people’s heart is the loss of the weather component. While you’ll still be able to race in varying conditions, it’s only limited to a start and end weather condition, instead of the four slots that were in place previously. This means you can’t have a race start out dry, rain, dry up and then rain again – just to make things interesting.

The biggest of these, however, is that of damage. You’ll still take a few knocks, but it’s mostly cosmetic. Gone are the nail-biting, toe-to-toe scraps where impact can have major consequences in a race.

In late 2019, Codemasters acquired Slightly Mad Studios for a small fee of $30m. This included the rights to the Project CARS franchise, even this third iteration while still in development. Many fans have argued this as one of the reasons behind the change in the direction but having started development in earnest back in mid-2018. With all the pre-work completed before then, it’s more likely that the decision was made upfront to attempt to draw more fans to the series with the more arcade feel and progression. 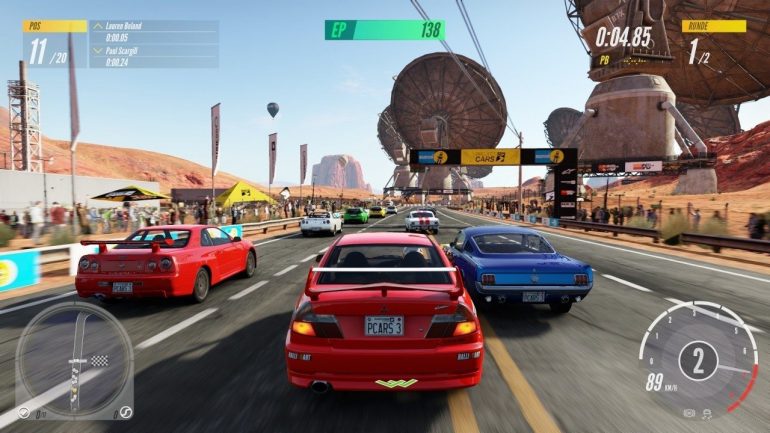 Interestingly, Slightly Mad Studios was the developer behind the Shift and Shift 2 titles in the Need for Speed franchise, games that didn’t really grab the fancy of the existing fan base who were more accustomed to the arcade racing and over-the-top style.

This time around, fans of the Project CARS franchise are the ones complaining about the new approach. It’s clear that the intent was to make the racer appeal to a much broader audience, although it remains to be seen whether it can draw in some of the Need for Speed (and other similar titles) crowd. 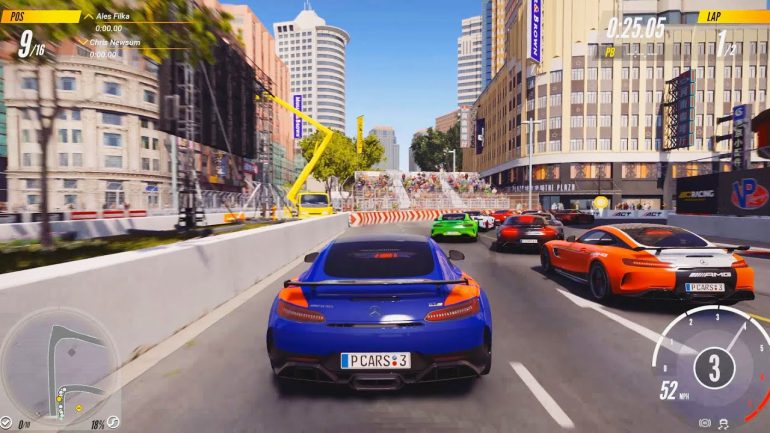 At the end of the day, Project CARS 3 is a bit of a mixed bag. There are still elements of the original franchise under the hood, with the Madness Engine still at its core. The controls and surroundings are realistic, matching any other top racing title in the business. The less realistic consequences in-game, as well as the changed career progression, is what upsets fans the most.

Players like myself can still just turn up and race an extensive list of cars and tracks. With this and many other elements, there’s still a lot of positives to be had with the Project CARS 3 game – perhaps just not for all the die-hard fans.

Strip away all the added elements of the game and you're still left with some of the best controls and handling in the business, making Project CARS 3 a challenge to master – as it should be.