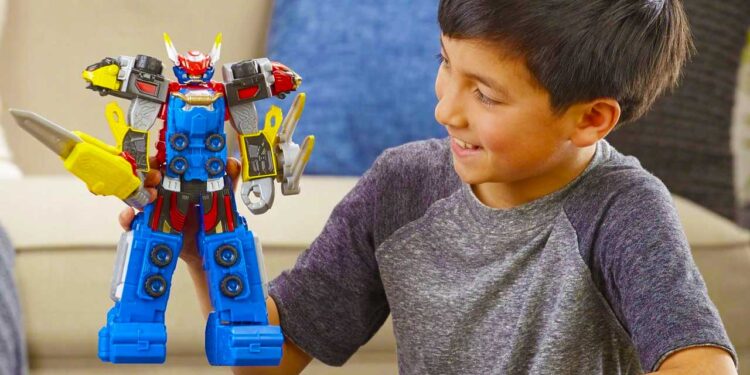 The Power Rangers have been around for quite some time now, playing a role in many young lives for close to three decades since it first appeared on our television screens in 1993. Earlier this year, Hasbro announced that it had acquired Saban Entertainment, which gave the company access to all of its franchises, with one specific at the core, the rights to the Power Rangers franchise. The announcement paved the way, not only for the continuation of the franchise, but also for a new line of figurines as a tie-in by Hasbro. As it turned out, Nickelodeon premiered the new series, Power Rangers Beast Morphers on 2 March 2019. A few weeks back, Hasbro launched its new range of tie-in figurines. I was excited to have received one of the Megazord figures for review, the Power Rangers Beast Morphers Beast-X Megazord to be exact. 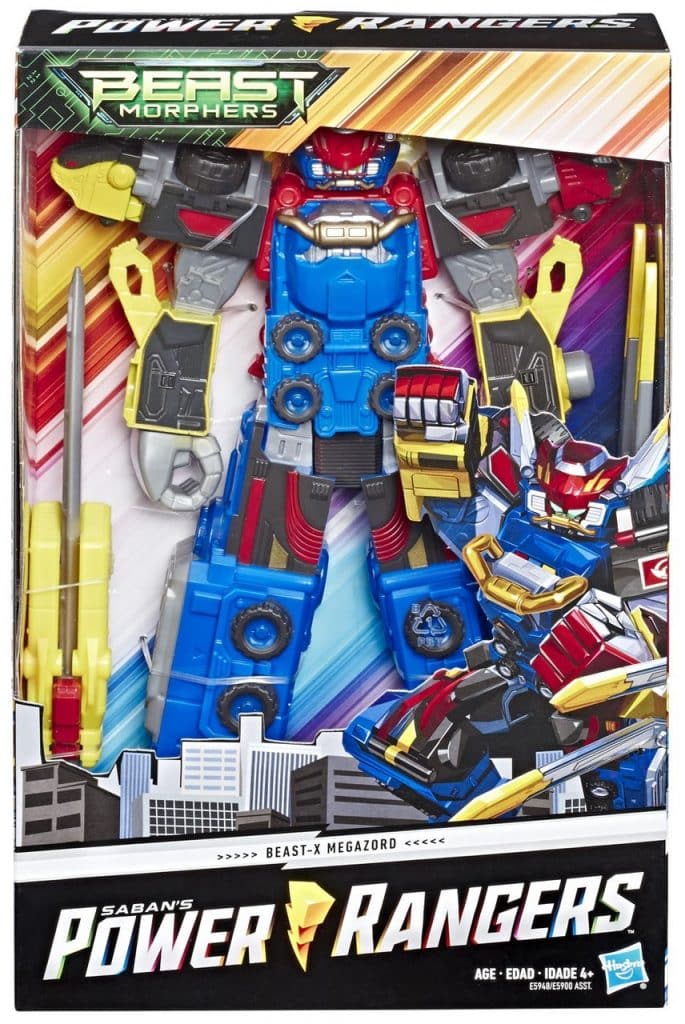 As it should be, the Beast-X Megazord is quite a tall figure. Standing at 10” tall (or 250mm), the figure is head and shoulders above most of my current collection of figurines and other collectables. It’s a commanding presence, both in terms of its tall build, as well as its detailing. Now in its 26th season, the Beast Morphers series features a new-look Power Rangers team, from their individual outfits to their Zords and, inherently, the Megazord itself. As with the previous series from the Power Rangers, the team is made up of five individuals. For the Beast Morphers, this includes:

These Beast Morphers, or at least their Zords, join together to form the Beast-X Megazord. From the offset, there are three Zords that are immediately noticeable, including the Racer Zord (Red Ranger), Wheeler Zord (Blue Ranger) and the Chopper Zord (Yellow Ranger). These Zords are viewable on the shoulders and chest of the Megazord. The remaining two Zords, as per the series, however, don’t form part of the Megazord’s standard build. Inspecting each of the limbs, torso and head, there is a great amount of detail presented, most of which is moulded to the parts. The Megazord is made up of a mix of plastic and metallic parts for a more enhanced look and feel, with the mix also adding to the overall aesthetic as it contrasts between a matte finish of the plastic to the glossier finish of the metallic finish.

When it comes to the articulation, the Beast-X Megazord is a little less spectacular. It features only seven points of articulation, found in the arms, the legs, the head as well as the wrists. This limitation means that the unit is more of a showpiece for display rather than something that can be easily manipulated into various forms to play with or shoot for any purpose. In addition to this, none of the components on the unit are movable, including the wheels. It is worth noting that there are other units from the same range that include more articulation and overall movement, with the Megazord variant with these features quite a lot bigger overall. The size of the Beast-X Megazord, as well as the rigidity due to the articulation, it has quite a wide stance to keep its balance. This is often the case for units with no flex in the legs in order to bend the ‘knees’ and the likes to be able to balance the figure more accurately. That said, the stance is still quite intimidating and doesn’t look unnatural.

It’s strange for a unit to feature articulation in the wrists when there aren’t many to go around. This is because Hasbro has included two accessories alongside the main unit, including the sword used by Megazord for the Beast-X Hyper Strike, as well as its shield. The sword can be positioned in either of the hands of the Megazord, while the shield can only be attached via the circular connection point on the left forearm. Both these accessories are quite nifty and detailed in their own right, with the same elements found on the main unit. As mentioned previously, the wrists also have points of articulation. This means in addition to raising the arms, you can also twist the wrist into an awesome stance. It also opens up a few playing options for the kids who aren’t interested in just having the units on display. 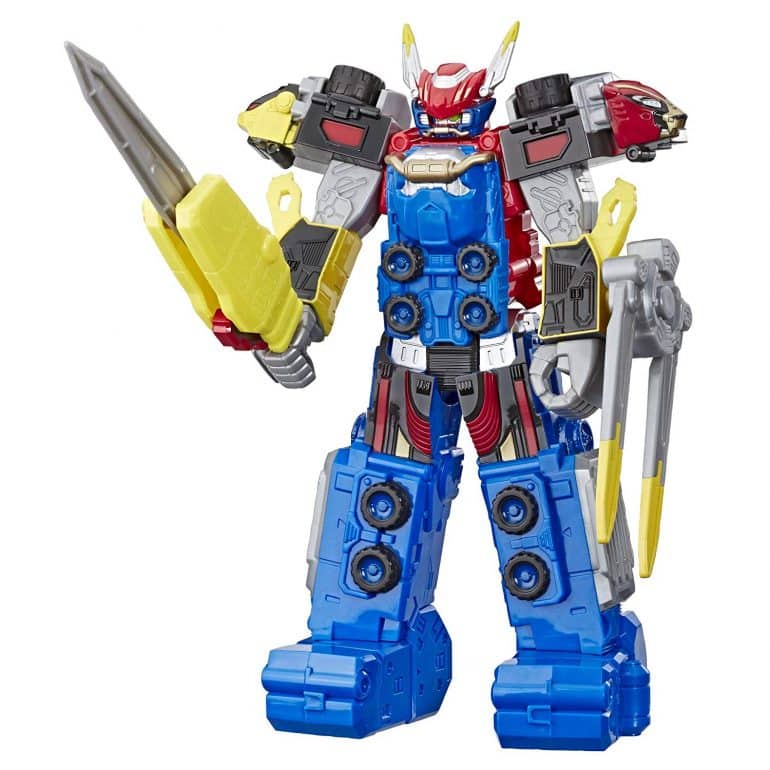 The Power Rangers Beast Morphers Beast-X Megazord is a great addition to my collection of Hasbro figures, which also includes the Transformers: The Last Knight Optimus Prime Premiere Edition with its 20 points of articulation. The Megazord, however, dwarfs the Optimus Prime unit, which in itself is quite a great-looking figure.

At the end of the day, the unit will be a great addition to any collection, whether or not you’re a fan of the franchise, for which there shouldn’t be many who aren’t. If you’re a real fan, however, the Power Rangers Beast Morphers Ultimate Beast-X Ultrazord, with its five fully transformable Zords will give you hours of assembly entertainment to boot.