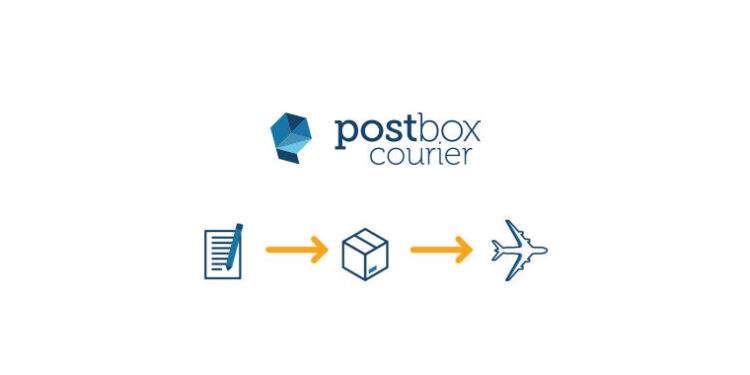 Online shopping has continued to grow over the years, reaching over a billion online customers who spent over $1.5 trillion in 2016. While there is continued growth in the e-commerce space, the issue of delivery costs still plagues many buyers. Of the many reasons shoppers abandon their online carts before checkout, 54% stated reason related to shipping costs exceeding their expectations. Buyers from South Africa face another issue in that many online retailers from around the world don’t ship to our shores. Thankfully, there are some services we can call upon to take the hassle out of such occasions, Postbox Courier being one of them.

Postbox Courier provides the buyer with a virtual postbox from various locations around the world, which include United Kingdom, United States, Hong Kong, UAE, Australia and South Africa. Users wishing to use the service simply need to register via their website (for free), from which they will then be able to setup their personalised virtual addresses from these locations and get quotes for any potential packages even before you’ve made a decision on purchase online. Users will be able to purchase goods from any of the above-mentioned countries, and then ship them to over 40 locations worldwide. The service is particularly useful when purchasing from stores such as eBay, Amazon, and Etsy, where it’s often individuals selling items and not corporates.

Upon making an online purchase, users will have to send a parcel pre-alert to Postbox Courier, alerting the company of the arrival of your package. Details such as the seller’s name, description of goods purchased, value, weight and postal service used are required to submit the pre-alert. Once the package has been received by the depot, the company will forward an email alerting you to the package’s arrival, as well as the actual details on the weight and dimensions of the parcel, followed by the cost of the shipping.

It is worth pointing out that Postbox Courier deliver straight to your door or office, and do not make use of the Post Office. This means that you will be unable to use addresses such as a P.O. Box. The cost of the courier, as indicated when the company has received your parcel, already includes this door-to-door delivery.

I was hesitant at first to use the service, but the continued support from the support team made quite a big difference, especially when it came to answering questions I had upfront, as well as during the process. After having ordered my items, they arrived on separate days at the depot, but thanks to the parcel pre-alert, this didn’t cause any issues in sorting the items. The issue I had, however, due to the three separate items is that the overall parcel size was then fairly substantial, which caused an increase in shipping costs. The good thing about the service, though, is that users have the option to engage with the support team to repackage their parcel into a smaller box if the original packaging had bloated due to wasted packaging space. The team were able to repack my items into a smaller box, which halved the cost of shipping. This is a substantial saving, and worth noting when ordering certain items, especially second-hand goods.

What impressed me the most was the time taken for delivery to my office from the depot in the US. After having paid for my item the Friday evening (South African time), the parcel was shipping sometime on Monday and arrived promptly on Tuesday afternoon. If at this stage I had doubts about the service being worthwhile to use over time, the door-to-door shipping over a period less than two days surely was enough to convince me otherwise.

The only I gripe I would have is that there aren’t alternative shipping options, as the company only offers the expedited shipping, which you pay for. It still works out cheaper than alternative companies offering the same services, but it would be great for users to choose between 3-day shipping, or 7-day shipping, for example.

Using the service may vary from user to user based on their requirements, locations shipped from and to, as well as the size and weight of the parcel. There is a base cost of $35 for a weight of 500g, which then increases by $6 per additional 500g added. The cost based on the parcel’s dimensions are a bit trickier to estimate, which is why the use of the quoting tool is essential. Once again, the base cost is unchanged for items measuring 10x10x10cm.

The support from the team was quite good and made the process much easier. This, together with the repacking and extremely fast delivery times made the overall experience with Postbox Courier really great. While the shipping costs do tend to add up with heavier and bigger items, the terms of use are (almost) up to the user themselves. After having searched a number of months for the three items I had included in my parcel, and which were very hard to find locally at a reasonable price, made the use of Postbox Courier a necessity in this case. The shipping costs still exceeded the overall cost of my items, which is often the case shipping to South Africa from international sites, although not by much.

I would easily recommend the services of Postbox Courier, especially if you plan on shipping more than one item at a time that you wouldn’t be able to find locally.