You can now experience the Pokémon Fossil Museum without needing to go to Japan.

The Pokémon Company and Toyohashi Museum of Natural History have collaborated and made it possible to see the Pokémon Fossil Museum virtually. Fans can take a virtual tour around the exhibit which is available until November.

In the virtual tour, fans can see the collection of both real fossils alongside Pokémon fossils, everything from a tyrannosaurus to a Tyrantrum. The exhibit was designed to teach children about fossils and dinosaurs by drawing them in with the fossils of Pokémon. The exhibit includes models of Pokémon side-by-side with fossilized versions of the animals that might have inspired their creation, with information panes to educate exhibit goers amid the fun.

The exhibit first started in 2021 in the city of Hokkaido before it spread through Japan, moving to Shimane, then Tokyo, before arriving at its current location at Toyohashi this week. While it has not yet been confirmed, the official website states that further venues may be announced at a later stage, hopefully suggesting that the Pokémon Fossil Museum may find a more permanent home once the exhibit closes in November.

Images of the exhibit are available online and the virtual exhibit can be enjoyed here: https://my.matterport.com/show/?m=P9WCbyCBGBM

It’s a genius plan to incorporate Pokémon into fossil exhibits as some ancient Pokémon can only be obtained through fossils in both the games and the anime. Down to its essence, all Pokémon have their inspiration from the real world and are based on creatures from the real world.

For example, the Omanyte is based on a prehistoric creature called an ammonite, the Aerodactyl is based on pterosaurs, and the Bastiodon is based on ceratopsian dinosaurs such as the triceratops.

As the exhibit ends in November, Pokémon’s latest addition to the franchise will be released for fans who want to pick up the next Pokémon adventure: Pokémon Scarlet and Pokémon Violet.

Pokémon Scarlet and Pokémon Violet will be the franchise’s first-ever open-world instalment to the franchise. Designed in the same cute style as the games that preceded it, players can design their adorable trainer personas and go into the open-world adventure to find even cuter Pokémon to catch and complete their collections.

The games have new starter Pokémon that are offered in the usual fashion of being earth, water, and fire based, sticking with the decades-long tradition. It wouldn’t be a Pokémon game if there weren’t Pokémon battles and this tame is no different, allowing for battles with other trainers as well as battles with Pokémon out in the wild with the option to catch Pokémon to add to the Pokédex.

It appears that the game will be multiplayer, allowing trainers to battle their friends as well as play together in the open world. Players will also be able to follow quests throughout the game, bringing them to biomes and environments to catch new and exciting Pokémon. With the beautiful biomes, it looks like the game might feature seasons as well. At the end of the trailer, we are shown the beautiful new legendaries that are a part of the game available for either Scarlet or Violet.

Pokémon Scarlet and Pokémon Violet will be released worldwide on 18 November 2022 on Nintendo Switch.

Are you going to take part in the Pokémon Fossil Museum virtual tour? 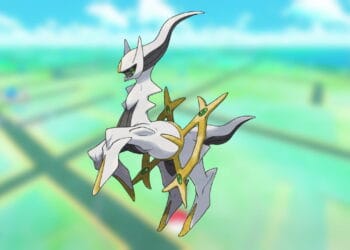 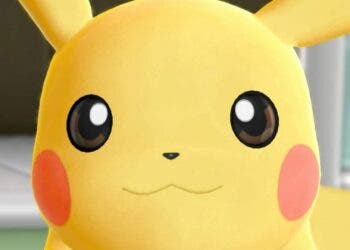