Please, Don’t Let The Coronavirus Challenge Be A Thing 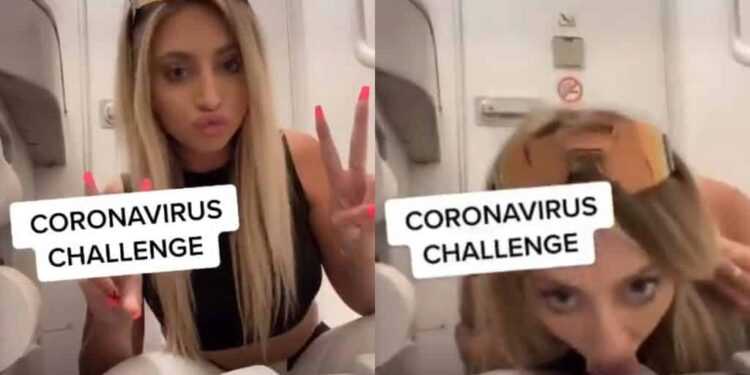 The entire planet is currently on lockdown. The world is taking drastic measures to prevent the spread of COVID-19, which has already claimed more than 6500 lives since January. With approximately 173117 people being affected by the virus globally, countries were blindsided by huge epidemics and forced to declare a state of emergency.

As per the World Health Organization people are encouraged to stay home, wash their hands as often as possible and avoid physical contact with others. Businesses are making provisions for their employees to work from home and schools have been closed.

In the world of entertainment, studios have pushed back the release dates for some of the most anticipated movies of the year. Production has been halted on most TV shows, like The Flash, Supergirl, The Falcon & The Winder Soldier, and others. Concerts, festivals, comic conventions and sporting events have been postponed or cancelled. And WWE superstars had to put on a show for a TV audience only in an empty Performance Center.

The virus is serious and while we may chuckle at a harmless meme online, everyone is taking the advice from WHO and government officials very seriously.

No matter how severe a crisis may be there’s always a select few who seem to think they’re above it all.

On March 15, TikTok user Ava Louise (@avalouiise) uploaded a video of herself licking an airplane toilet seat, proving that even in a crisis stupidity will prevail.

The video was captioned “coronavirus challenge”.

The clip was subsequently re-shared on Twitter by an unrelated party, where it has since gotten 4.4 million views.

Y’all participating in the new Corona Challenge? This is on a plane btw… pic.twitter.com/w1XwVRZd87

In a tweet following her controversial coronavirus challenge content, Ava Louise said the video was a social experiment.

SKSKSK this social experiment has gotten outta hand I made y’all MAD https://t.co/LgdXwCmSCS

Since her video went viral, Louise appears to be enjoying the attention, claiming that she did it to be featured on CNN. In a response video on TikTok she added that people should “chill” because she “cloroxed” the toilet seat for 40 minutes – using the Clorox brand of disinfectant as a verb. Louise also claims that she made $4000 from being a viral sensation.

Since posting the stupidly irresponsible video, Louise has been put on a no fly list. The video was removed from TikTok approximately one day after it was originally posted.

COVID-19 is no joke. Even if you survive it, you may infect someone who wouldn’t.

Get your news from reliable sources, stay home as much as possible, wash your hands, and if you have to go out, stay a good distance away from other people.

But most importantly – DON’T DO STUPID STUFF LIKE THE CORONAVIRUS CHALLENGE!!!