With Microsoft showing off their upcoming releases during Gamescom and E3 2021, it was Sony’s time to shine. And shine they did. During their PlayStation showcase event, they announced a slew of surprises, including a new Marvel Wolverine game and a look at God of War Ragnarok.

We take a look at some of the events biggest announcements and reveals from the PlayStation Showcase. 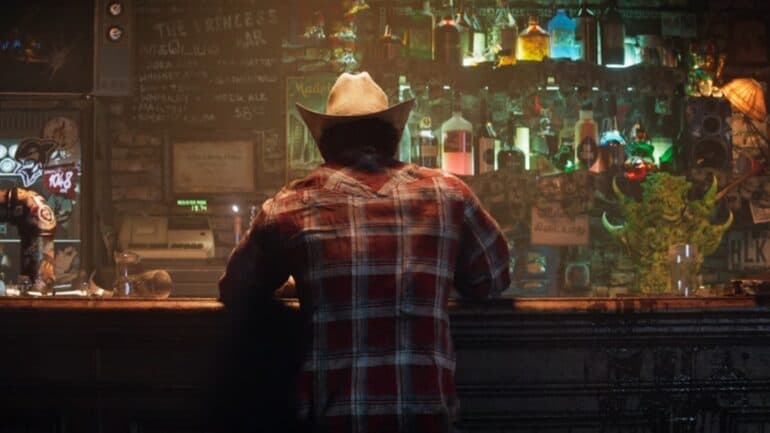 Believe it or not, but developer Insomniac has dipped their toes even deeper into the Marvel Universe. This time they are taking on the yellow and blue-clad character, Wolverine.

The studio revealed a short teaser trailer showing a cowboy hat-wearing man sitting at a bar during his wounds with a whiskey. Towards the end of the trailer, the man un-sheathes his claws revealing that he is Wolverine, and then the trailer ends.

Not much more was revealed beyond the teaser.

Speaking of Insomniac, their second showing of the evening was the highly anticipated Spider-Man 2.

The game will bring Perter Parker and Miles Morales together once again. This time they will be facing off against the black and white symbiote, Venom.

Of course, it wouldn’t be a PlayStation Showcase event if we didn’t at least get a glimpse of the God of War, Kratos.

The latest trailer released by Sony Santa Monica features Kratos and his son, Atreus, and a few other familiar faces.

At the end of the trailer, we get a glimpse of the Norse God Tyr and it seems he will be joining the duo on their journey to face off against Thor.

Microsoft has already shown off the upcoming next entry in the Forza Horizon series. So, it only made sense for Sony to show off the next Grand Turismo game during the PlayStation Showcase.

The Grand Turismo trailer featured a slew of cars as well as the game’s photo mode. There is little doubt that the game is shaping up to look really good.

Sony also revealed that the game will release March next year.

Another huge PlayStation Showcase announcement was that the much-loved Star Wars: Knights of the Old Republic would be getting a remake. Developer Aspyr Media is in charge of breathing new life into BioWare’s classic. Although the trailer didn’t show much it seems that the game will be more than just a mere port of the original.

Guardians of the Galaxy

With the release of the Guardians of the Galaxy game just around the corner, Square Enix released a brand new trailer for the game. Of course, all the Guardians are present and we even get a glimpse of Cosmo, the space faring-golden retriever.

The game looks suitable bright, colourful and loads of fun.

What do you think of the PlayStation Showcase? Are you excited about the upcoming games?