The only catch is that you’ll need the help of an adapter. 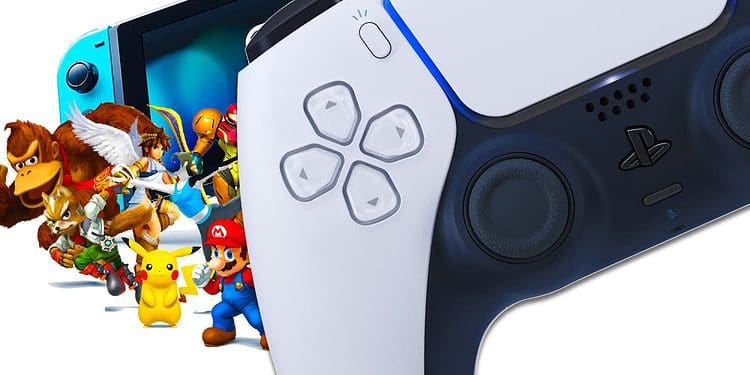 Thanks to Twitter user @BrokenGamezHDR, we’ve learned that the PlayStation 5 DualSense controller also works on the Nintendo Switch. The only catch is that you’ll need the help of an 8bitdo wireless adapter, which plugs right into the USB port on the Switch’s dock.

In a shared video, the gamer is seen using the DualSense to navigate a Mario Kart 8 Deluxe menu screen, and the main menu on a Nintendo Switch console.

While some might find the pairing a little strange, the Nintendo Switch is compatible with a number of other controllers as long as you have the adapter. According to the 8BitDo website, this includes controllers for the PlayStation 3, PlayStation 4 and Xbox Bluetooth. The website also states that some of those controller’s functions, such as rumble and vibration, are supported on the Switch.

The controller’s Nintendo Switch compatibility is a very cool bonus, but let’s not forget that the DualSense comes with a host of other awesome features.

The device has been designed to look and operate differently from its predecessor in order to provide a more immersive gaming experience, with haptic feedback2, dynamic adaptive triggers2 and a built-in microphone – all integrated into the new design.

Sony’s PlayStation 5 consoles will begin shipping on November 12th in the United States and November 19th, in the U.K and E.U. The Ultra HD Blu-ray disc drive version retails for $499 USD, while the Digital Edition without a disc drive retails for $399.

So, will you be using your PlayStation 5 DualSense controller with your Nintendo Switch?