PUBG PS4 Review – Perhaps The Wait Wasn’t Worth It PlayerUnknowns Battlegrounds, otherwise known as PUBG, was initially released as a BETA on PC in March 2017. Since its release, it has come out on almost all gaming platforms, PlayStation 4 being the latest.

For those who don’t know and have been living under a rock, PUBG is an online multiplayer battle royale game, much like Fortnite, with a slightly more realistic look and feel. Basically, the game drops 100 players onto an island where you are required to loot buildings and dispatch all enemies. As you continue, the play area closes in, as represented by a shrinking circle. The last person to stand is the winner-winner, chicken dinner.

Unfortunately, with the release of other battle royale games over the last year, PlayerUnknown’s Battlegrounds has fallen off the radar, but, even though Fortnite has had so much success, PUBG still has a large player base, which is sure to grow now with its release on the PS4.

Fans of the genre have always hoped that the game would make its way to the console and, with this release, that dream has finally come true. You can imagine my disappointment then when I finally got to play my first match, only to discover that the game hasn’t been ported very well. In fact, compared to some of the games that have released this year, PUBG on PlayStation 4 is definitely a stinker. The rendering, shading and textures are all weak and it looks like a game released in the early ‘2000s. Think Minecraft level graphics.

But that’s not its only flaw. 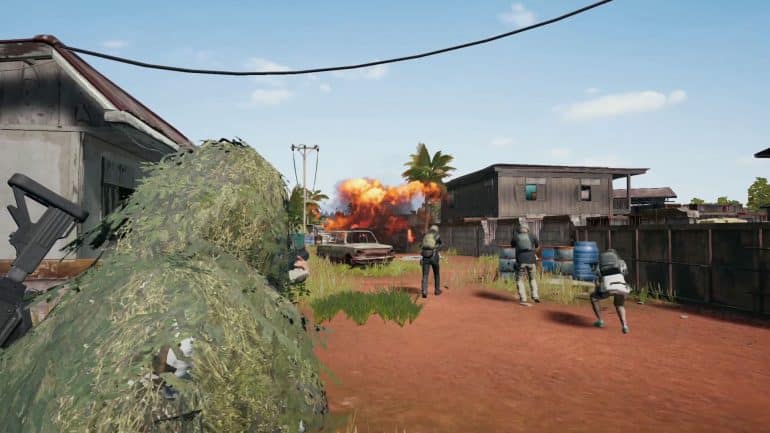 Once in game, the instructions are almost non-existent and some things are not explained adequately. You have to at least complete a few matches and make a few mistakes along the way before you even get the basics right – that includes finding your way around the DualShock 4 controls. With so many different functions, there aren’t enough buttons on the controller and some controls serve double duty. For example, pressing the square button once equips weapons found on the field but holding the button in results in the weapon being reloaded.

…even though PUBG is not the best-looking game, it runs and plays very well…

With all that said, even though PUBG is not the best-looking game, it runs and plays very well. The Lobby is well presented and easy to navigate through. Connection to matches is easy and almost takes no time, even though I was playing on EU servers.

Over the past week, I have experienced some lag but not enough to throw me off completely. I also noticed a few framerate drops, especially when running or panning the camera to fast, but, again, this is not a deal breaker.

The matches are generally at a slower pace, in comparison to Fortnite, and the games take longer but that builds up the tension until you either get killed or claim a chicken dinner. Also, the amount of loot available to find in the game is amazing. There are loads of different guns, clothing and accessories for all play styles. Of course, customisation has always been one of PUBG’s biggest strengths and that’s still true in the PS4 version of the game. 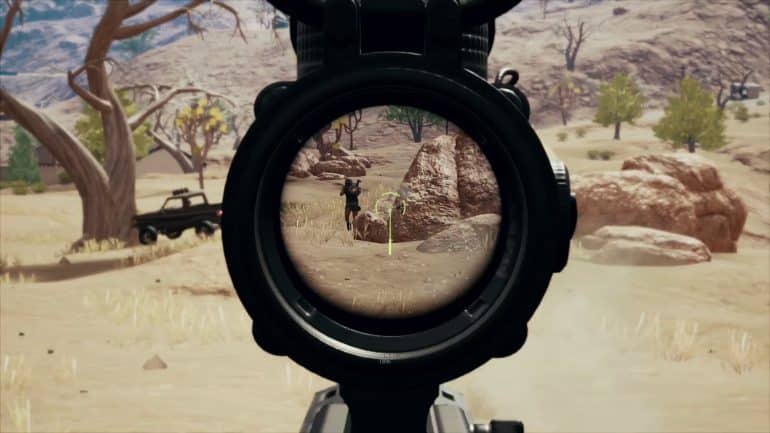 Playing with friends is simple and very addictive. It might not be a looker, but it does offer an easy to use multiplayer system that will have you and your mates playing for hours on end.

Playing with friends is simple and very addictive.

Having said all of that, is PUBG on the PS4 worth it a year-and-a-half after it cratered and reshaped the PC gaming landscape? Well, if you are a battle royale fan, yes. I would definitely recommend it as long as you are willing to forgive the graphics. Its realistic take on the genre is slightly more appealing and one worth looking into.

PUBG seems to have arrived on the PS4 a little too late. Since its groundbreaking release on PC, there have been many other titles that have leapfrogged past it.