Fresh off the Amigo Comics production line is Planet of Daemons, a new four-part series exploring sorcery and mystery. 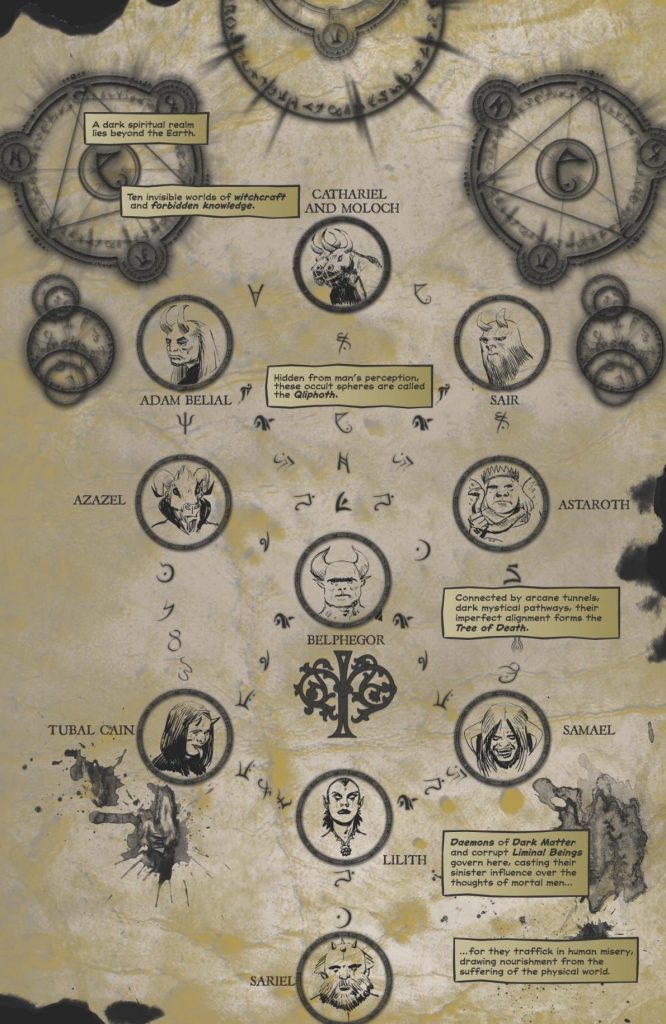 [dropcap]S[/dropcap]et in the hidden realm of the Qliphoth and 17th century New England, the story follows the fortunes of Amos Deathridge, a former Puritan magistrate who now serves as jailer of the daemons and evil spirits that cast their sinister influence over mankind. In the first part of the series titled “The Eye of Lucifer”, Amos pursues a daemon of war, but encounters the hatching of a succubus queen— whose reincarnated soul shares a mysterious connection to his past.

Part The Exorcist, part Salem and part Bram Stoker’s Dracula, Planet of Daemons #1 is a rich, unique story set in an interesting era. As such, it was vitally important for the dialogue to be sharp and truly engross you in the time period—and it’s something Kevin Gunstone did superbly well in his script. He’s obviously done his homework and researched the nuances of people in the era, as his world feels incredibly authentic and accurate. Matched by Paul Moore’s pulp-inspired artwork, Gunstone and his conspirators crafted a memorable opening issue that sets the bar for this intriguing series.

If I can find any fault in “The Eye of Lucifer”, it’s the story’s overreliance on exposition. It’s understandable considering the complexity of the world; however, I feel less could’ve been more in this case, allowing the story to unravel organically over the remaining issues. It’s a difficult ask, but some pages felt like recaps of past issues that didn’t even exist.

While zombies and superheroes continue to drive the comic book market, it’s good to see a resurgence in other genres of the medium. Planet of Daemons looks like it’s the real deal, so let’s hold thumbs the forthcoming issues hold and build on the standard set by “The Eye of Lucifer”.