Pirates Of The Caribbean: Salazar’s Revenge Review – A Solid Meh 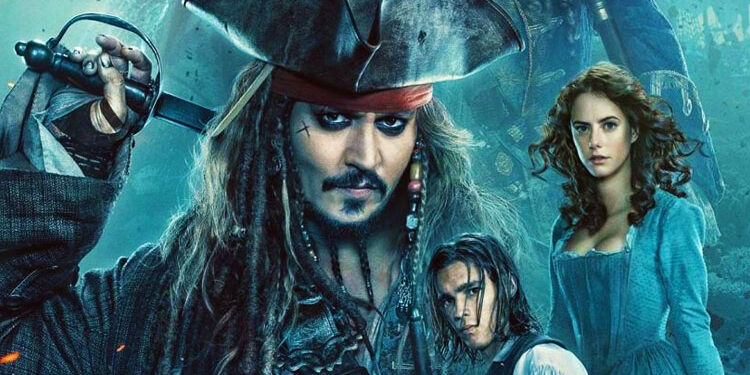 After a slight divergence from the formula with the previous film, Salazar’s Revenge signifies a return to the tried and true formula of the franchise, but is this enough to bring the old fans back? What is the core of any proper Pirates of the Caribbean film? Jack Sparrow’s constant brush with death, by genius or sheer fluke managing to remain unscathed while the “bad guys” seem to take themselves out, then underlined by intrigue and adventure. This film has all that, and a series of sub-plots that twist so many times it’ll make a sidewinder’s head spin.

The story is mostly driven not by Jack but by the characters around him, which is a shame because for a good part of the film these characters fail to make an impression. Kaya Scodelario plays Carina brilliantly, but where the script tries to create mystery about her origins I felt irritated that elements weren’t made more clear. This is resolved towards the end and in retrospect it all makes sense. I have a high regard for Brenton Thwaites, but the writing of his character is flat and doesn’t offer much to engage with. Johnny Depp’s performance is a bit inconsistent. In some scenes, he’s the witty Jack Sparrow we loved, while in other he comes across as a caricature of his own personality. Anthony De La Torre is a perfect choice as a young Jack but only features briefly. Failing everything else, the film is a pleasure to watch. Scenes move from dark and brooding to bright and cheerful. Colour tones are very effective in bringing forth the mood of any given scene. Small visual clues create a subconscious distinction between the Royal Navy and the scroungy pirates, such as the Navy using cannons with flintlock mechanisms while the pirates still light fuses. This helps to place the story in the overall history of the Caribbean.

Special effects range from small camera tricks and forced perspective, to blended effects, to full CG without missing a beat. I was transfixed by Salazar’s hair that appeared to be underwater even when he’s nowhere near water. The sound during nautical scenes is amazing. The rush of water when a ship moves sounds heavy and dangerous. Every step taken, every creek of the ships is represented in subtle audio details. Unfortunately the same can’t be said for the the entire film. At times I heard cartoon-like sound effects during Jack’s antics that immediately pulled me out of the film. I think I even heard the Howie Scream from one of the sailors.

Overall, Pirates of the Caribbean: Salazar’s Revenge brings many of the loose ends into place and teaches us something about the past of our beloved Jack Sparrow. It looks and sounds great for the most part and is enjoyable to watch, but the many plot twists, two-dimensional characters and predictability of the general story doesn’t warrant a rewatch. It evokes strong nostalgia for the Curse of the Black Pearl and offers closure on the first three films.

I would prefer the franchise end here but, unfortunately, this may not be the case.