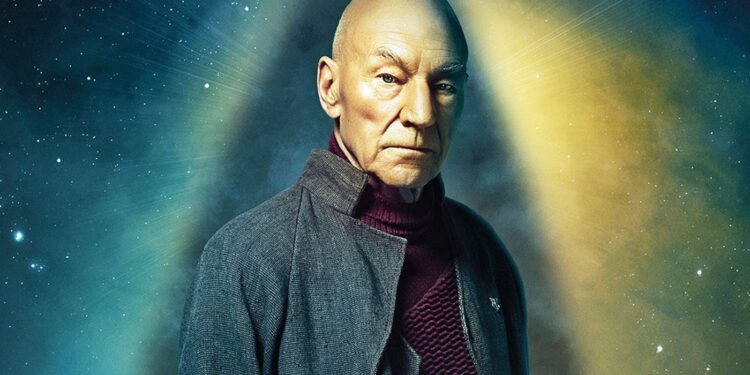 Years ago I used to wait with anticipation for each new episode of Star Trek: The Next Generation. Time couldn’t bring it fast enough, and watching it became a weekly ritual for me. Every Friday evening (before it moved to Saturdays) that hour-long block of TV use was my time. It made those other 167 hours of the week worth getting through. Yes, not every episode always deserved such reverence, but even the weaker episodes were still usually better than anything else going.

Well, except for Shades of Gray of course. Simply put, that episode sucks. It’s a low-budget clip-job episode from season 2, an episode so bad it was described by head writer Maurice Hurley as a “piece of sh*t”. Simply put, it was the worst thing The Next Generation ever did. That isn’t to say that Picard is all bad. Seeing Jean-Luc Picard coming out of retirement for a worthwhile cause, making his case that humanity needs to be more sensitive, caring and tolerant… that’s a good thing. When he and his crew play dress-up, going undercover on a rescue mission to infiltrate a criminal organisation, it’s entertaining. And who doesn’t love guest stars and cameos, and plenty of references and Easter eggs? As for the production value and effects, it’s a high-quality affair.

However, this really isn’t any version of Star Trek that fans need right now – if ever. Like the recent Star Trek: Discovery, Picard attempts to keep up with the Joneses of modern television programming by showing a superficial level of “maturity”. That basically means throwing sex, swearing, violence, torture and gore at the audience for shock value, and unceremoniously killing those beloved cameo characters you loved from different classic Star Trek shows just to provoke a reaction. Nobody gets anything even remotely like a happy ending in the Star Trek universe anymore, it seems. Instead, they’re cannon fodder to be sacrificed for a weak, plot-hole riddled, undeserving and unfocused story.

Jean-Luc Picard’s cause may be just, but both he and his arguments are mocked as ineffectual and out of touch. This may be a reflection of how the average viewer feels in these confusing times; but where older Star Trek shows offered hope for the future, this series seems insistent on brow-beating in to us the hopelessness of any good cause. There’s no reason to be inspired, it delights in telling us, because change is impossible. Don’t even bother trying, because you’re useless. Likewise, the Federation – for all its imperfections in the past – is no longer inherently good in any way. It’s become corrupt to the core. The usually insane Admirals who would be locked away are now running this asylum.

Oh, and for the record, slavery, racism, drug abuse and poverty have become normal without anyone seeming to care. Enjoy this next, next, next generation. 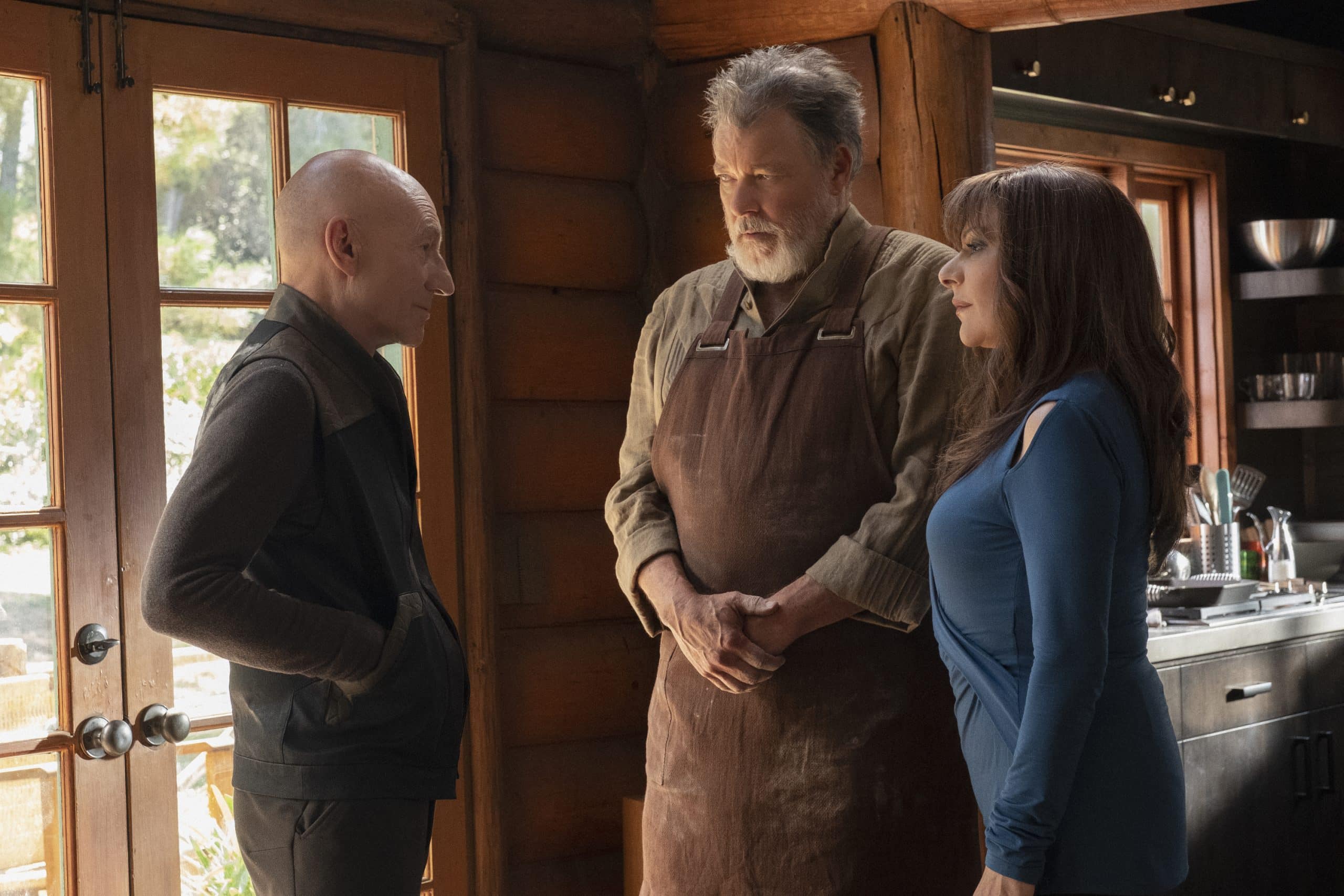 Even if you can get past the painfully bad story, all the ridiculous coincidences and retconning (or outright ignoring) of established Star Trek canon for the sake of enjoying yet another “mystery box” plot, and can then tolerate this new crop of intensely unlikable characters… the whole foundation of the show appears to be one built on cynicism. It just feels wrong because of that, and the spirit of it seems to be tone-deaf to long-time trekkies and trekkers. How could it be so far from what was needed? This was supposed to be a new golden age for Star Trek, so where did it all go wrong?

It’s true that Star Trek’s fortunes have always been mixed. The original pilot episode, 1965’s The Cage, introduced potential viewers to a starship in the far-flung future and tackled issues ranging from the loneliness of command in the vast emptiness of space to the philosophical dilemma of happiness based on illusion versus harsh reality. Full of groundbreaking effects and storytelling, it featured a diverse crew and pushed the boundaries of the time – including by having a woman be the Captain’s first officer. It was way ahead of its time.

At the time, the pilot was deemed “too cerebral” for audiences by NBC. Still, there was promise there and so the show was given a second chance to make a good first impression… as long as it made a couple of changes. With some new characters and a cast re-shuffle, Star Trek made it on to TV screens everywhere and it became a hit. Sort of. While the show found some dedicated fans, it failed to catch on with a larger audience and cancellation loomed.

Regardless of the high quality of Star Trek’s Golden Age, it barely held on for the first two seasons, only staying on the air thanks to an impassioned fan-led letter-writing campaign. Season 3 of the original series of Star Trek suffered a massive dip in quality as the budget was slashed, and combined with a new time slot it finally fell apart. The network gave it the axe. Star Trek, it seemed, was dead. Except… Star Trek lives.

Thanks to television syndication, Star Trek became a cult hit that never quite went away; over the years, as more and more people were able to see re-runs of the show, its popularity skyrocketed and it became a social phenomenon that was instantly recognisable. The rallying cry of “Star Trek Lives!” adorned badges, bumper stickers and T-shirts of fans, and was the title of books, essays, fanzines and conventions. An animated series came out, and later there would be movies. The fan base grew. While Star Trek gained a reputation of geek stigma which it’s never quite been able to shake, it also became a vital part of popular culture that couldn’t be ignored. If you had a Star Trek lunchbox, you were the coolest kid in school… years ahead of a time when it would be appreciated.

Then came Star Trek: The Next Generation. Many Star Trek fans initially had a love/hate relationship with it, loving that Star Trek was back on TV in some fashion but bristling at TNG’s stiffness in its earliest days. In 1992’s hit comedy Wayne’s World, Wayne explained that Star Trek: The Next Generation was superior in many ways, but that it would never be as recognised as the original, and he was right… in 1992. But by TNG’s end in 1994, it – and the Star Trek franchise – had entered a second golden age, a renaissance where they could do almost no wrong.

TNG’s legacy is legendary, with good episode following good episode and the characters becoming as iconic as those from the original show; the next new show on the block to follow, Deep Space Nine, got off to a typically Star Trek-like rough start before evolving in to arguably the best show of them all – and the one most suited to modern audiences with binge-watching mindsets; and Voyager began its own long trek back to the Alpha Quadrant with the franchise’s first female Captain. It was a good time to be a Star Trek fan. 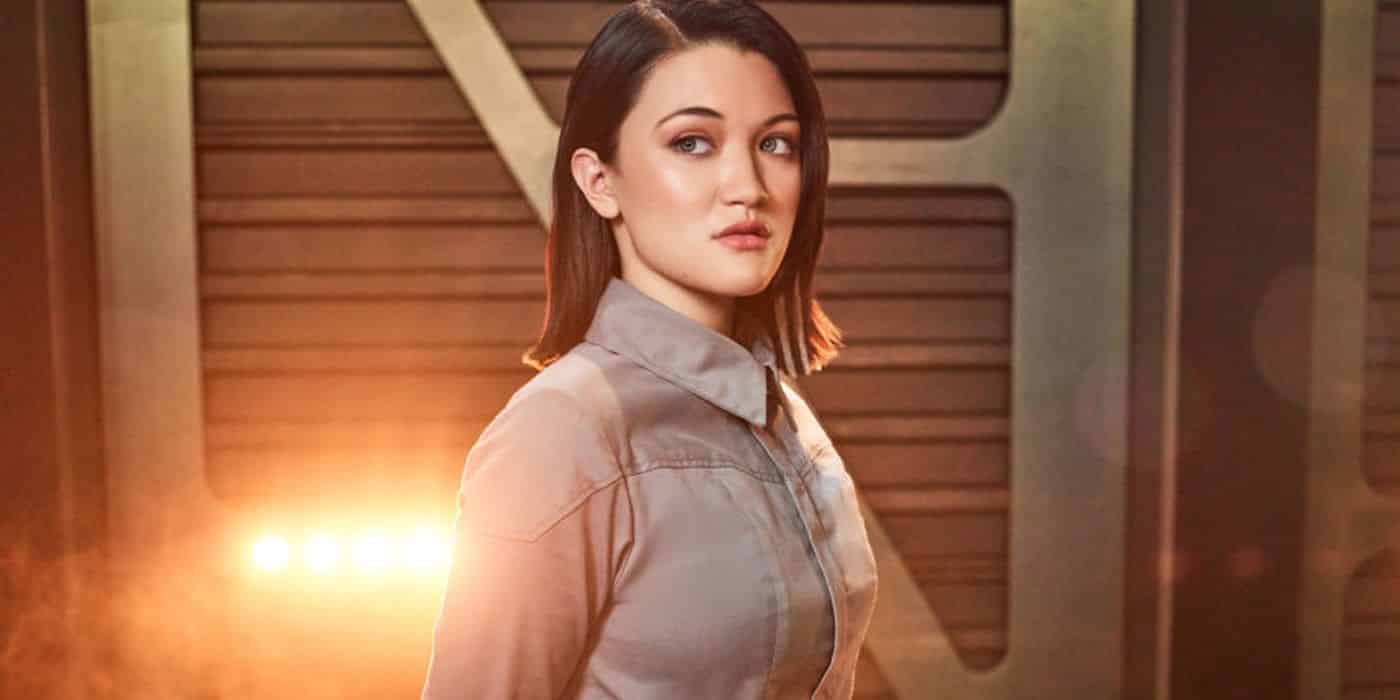 In the early 2000s, things fell apart. One mis-step seemed to follow another in rapid succession. Voyager made way for a new show, Enterprise, which alienated some fans from the outset by ditching the Star Trek name from its title. It doubled down on this bold gamble by using a soft-rock song with vocals as its theme tune instead of a usual orchestral piece. This was described by later Scotty actor Simon Pegg as “probably the most hideous Star Trek moment in history”. While the show itself started with promise, fan criticism increased and the ratings dropped. Meanwhile, the once-successful film series finally hit the rocks with 2002’s Star Trek: Nemesis. The film debuted to below-average reviews and worse box office receipts than lightweight movie competition Maid in Manhattan. It was clear the movies could no longer compete in a market dominated by Harry Potter and James Bond.

Almost fittingly, Enterprise itself ended with a series finale that’s been acknowledged as one of the worst episodes in the entire franchise’s history – that show’s equivalent of TNG’s Shades of Gray. Ratings on Enterprise had plummeted, leading to the series being unceremoniously cancelled in 2005. With no Star Trek TV shows on the air for the first time in 18 years, and any continuation of the film series looking doubtful, the truth was clear to even its most hardcore fans: Star Trek was done. Even Patrick Stewart, who had played Captain Jean-Luc Picard, commented that the series was all-but-dead – the victim of severe franchise fatigue, a lack of any clear direction, and a myriad of other problems.

First came the new films, rebooted by JJ Abrams and his Bad Robot team. They took the franchise in an all-new direction, introducing the Kelvin timeline – an alternate quantum universe timeline, created by a disaster which involved the destruction of Romulus when its sun went supernova – a key element of Picard. Breathing a lungful of new energy in to the franchise, the first of these films generated plenty of initial excitement and won over critics, Star Trek fans and casual viewers alike; however, some warned that this success wouldn’t be sustainable due to the very nature of the film’s concept, believing that an actual long-term strategy was needed to keep the franchise going.

The second and third instalments took too long to arrive to keep the fan excitement, and their stories and presentation failed to live up to the hype. It soon became apparent that they – and the whole Kelvin timeline – weren’t worth ditching fifty years, 725 episodes and 10 films worth of established universe-building for. Maybe television, the place where Star Trek had started, was where it the franchise truly belonged once more?

Is Star Trek going through another renaissance of sorts, a new golden age? Given the new films, the Short Trek webisodes, Discovery, the upcoming Lower Decks show as well as three other shows (presumably Section 31, Pike’s Enterprise and Starfleet Academy) apparently in the works… and now, especially, the return of Patrick Stewart in Star Trek: Picard… it certainly looks like it on the surface. The drought of Star Trek content for fans is over. But quantity is no substitute for quality, and it seems like this renaissance is really just another chapter of the dark ages. 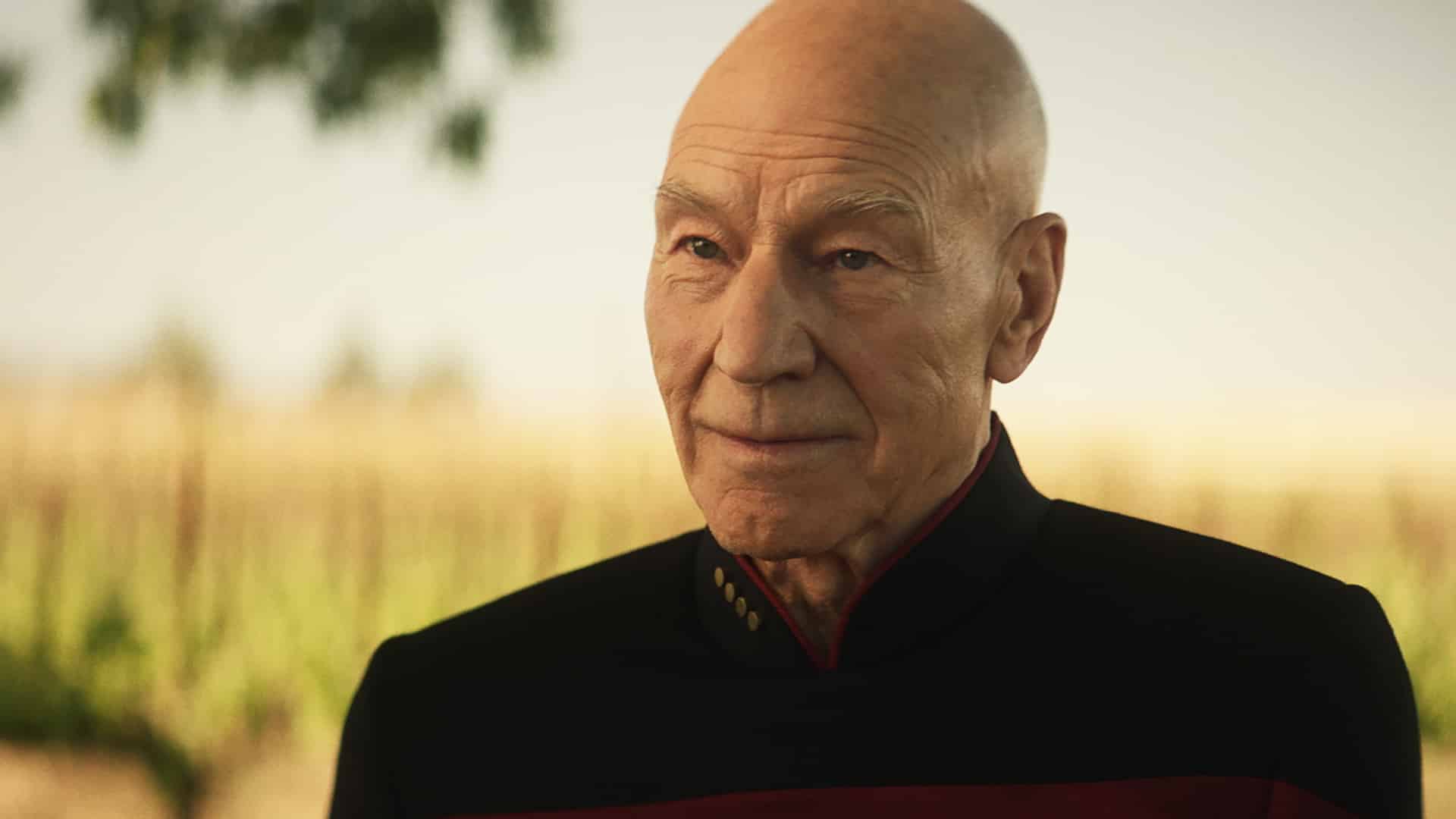 Like many Star Trek fans, when I first heard the news of the Picard show I actually cheered. The chances of Patrick Stewart ever returning to the role of The Next Generation’s legendary Captain had always seemed impossible, and it was like a dream come true. It seemed that he might be the one to save us from the unnecessary cynicism that has permeated Star Trek for over the last two decades, and bring back some of what its creator, Gene Roddenberry once said made it so special in the first place: hope.

Hope for humanity, hope for the future, hope that things will come right. And I don’t know about anyone else, but right about now I need to be uplifted, not put down. If only Picard did that.