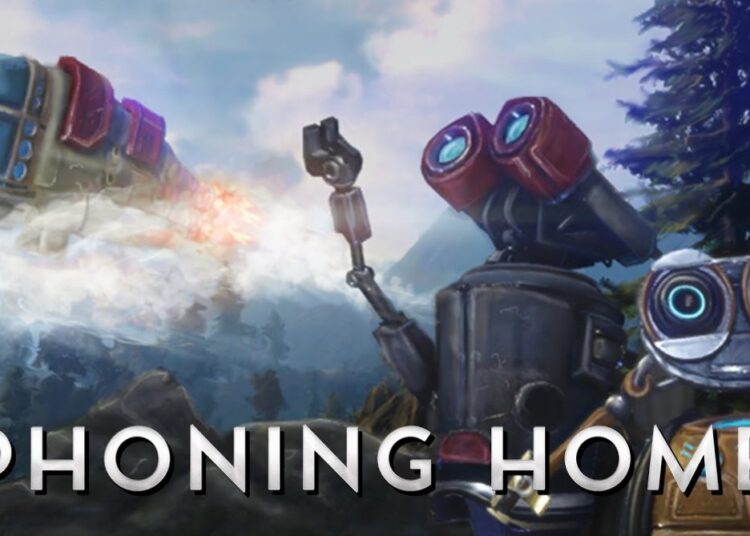 There’s been a lot of movement in the different game genres over the last few months or so, none more so than that of the survival and indie games. Phoning Home, developed by ION Lands, is a game that ticks off both of these categories with an open world survival title that delivers quite a lot. On the one hand, you have a compelling storyline, something that’s often dear to the hearts of indie developers and, at the same time, it also delivers on great graphics and gameplay that could easily blend right in with the big dogs in the AAA space. Phoning Home follows the adventures of ION, a robot, not too dissimilar to Wall-E, who has crash landed his ship, the EU_18TR289x65 (or TR2 for short) onto a remote planet. ION and TR2 come from a more mechanical home planet, P1, and are surprised to learn that this organic planet produces a number of varied resources that could prove to be useful back home, many of which need to be grown in labs or under much more severe environments. While the first objective for ION is to repair the ship and re-establish communications with P1, things don’t always run as smoothly as planned. In addition, ION finds the remains of a lost alien civilisation of sorts who have left some of their primitive technologies behind, which do come in handy from time to time.

Unlike most survival games that rely solely on needing to collect resources and survive for a set amount of time, along with a few obstacles and challenges, Phoning Home deals with quite a lot of human dynamics of the modern world in the form of metaphors. ION meets a few friends along the way, which add to the depth and heartfelt nature of the story. Certain choices have to be made and alliances formed that have parallels to humans and our manmade class and racial divides. It’s the last thing you’d expect from an open world, survival indie game, but there’s a lot to chew on in this one, and you’ll no doubt enjoy the ride. ION Lands has provided a beautiful backdrop to a beautiful story. The game’s signature effect is the illumination of objects, especially those of obtainable materials, which shine and glisten among the reeds of its surroundings. The day and night cycle also provides a great contrast for the games lighting system and creates a unique atmosphere in both. The environment is also filled with scattered insects, and strange light effects, along with the occasional meteor. You’ll encounter many detailed creatures. And while you’re still in awe of the great detail, be careful not to marvel too long as some these beasts seek to kill you.

There are many other survival games that use the lack of a score to provide a more realistic and sense of environment, but Phoning Home provides a very deep soundtrack to scenes. The sounds of nature, insects and grass form part of the really detailed environment. Accompanying sounds, such as rain, are also very detailed, while only the sounds of the fire, especially that surrounding the crash site, are quite evidently playing a loop. As stated earlier, the planet has plenty of natural resources that ION has to collect in order to salvage himself, his ship and his mission. The game plays out in the third person, although you are able to position the camera in such a manner that it almost feels like a FPS. The game isn’t an easy pick and play type, but the controls aren’t too hard to master. The challenge here is using the set of controls and maps to find the resources you’re in search of while navigating the hazardous terrain.

The controls are pretty basic. Best results do come from the PC-mouse combination, although the game does have controller support. That said, having started off using the mouse and keyboard, I figured it may be easier playing the game using the controller, as the open world environment seemed conducive to it. After playing with the controller for an hour, I decided to switch back to the mouse and keyboard, as the inventory menu had almost no functionality with the controller. The game requires mixing of elements to craft new resources used for fuel, power cells, and amongst others via the inventory menu. Switching between the resources you wish to build is simple enough, but choosing to craft the resource and then consume it was a no go and had to continuously revert to the mouse to complete these steps.

ION has a very limited range of controls, however. Players can choose to move forward, backwards, sideways and as well as navigate, with the addition of being able to carry weapons or tools, and a few short bursts of power to flow upward, which is more of a propelled jump. The only tricky bit was being able to use the power bursts to traverse small hills and rocks, which often lead me to burn through some fuel without moving much. The trick was then to back up a tad and try again, which then worked fine. It’s also tricky getting back down once you’ve managed to get up, having to use a few bursts of power to stop ION from falling to the ground and take damage to his hull. And taken damage is almost second nature here. I found it annoying at times how a simple jump would result in damage of almost 50% leaving me to scrounge around for more resources for a quick repair. This lead me to save every 5-10 minutes to avoid dying and starting off too far back.

Finding resources are easy enough for the most part, with the added bonus of items, once scanned, showing up on your radar. This makes it easier to find exactly the resource you’re in need of at a particular point in time. The frustration here, however, is that until you find that first batch of an element, finding it is based largely on luck. There was one element I had difficulty finding, and spent a few hours traversing the map without locating any. Although it would’ve proved useful at any stage, the list of craftable resources was broad enough for me to circumvent this issue at the start. Certain elements and resources only become available as you unlock new objectives and as you reach new locations on the map.

If there’s one truly frustrating aspect of Phoning Home it is the use of the teleporter tool. While I realised from the information provided that it could only be used on metallic objects to form portals, actually opening a portal proved somewhat of a challenge. After a quick online research, I found that many a player encountered the same issue, some of whom were not even able to decipher what or how to use it. This, then, could have been implemented a lot better. Phoning Home doesn’t play out like your typical survival game. Instead, it carries a deeper storyline and game dynamic. The variation of calm resource collecting to intense combat survival provides a great contrast of actual survival. Tie this in with a modern day parallel and you have all the makings of a great game.

But the game isn’t without a few glitches and annoyances that seem to interrupt the flow as you begin to settle into a rhythm. If they don’t remove the controller issues, ION’s proclivity to injure himself, and the really bad teleportation gun, they might scare off one or two serious gamers. While the game has received an almost daily update in the two weeks, I’ve had it installed on Steam, there’s still some dev work to be done to make this a really good, if not great, game. Until that time, however, you’re still able to stumble through the environment and enjoy some of the surroundings and meaningful storytelling. 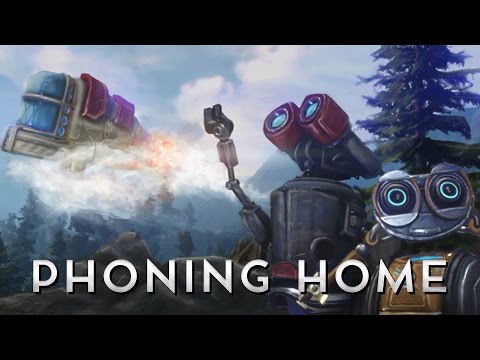