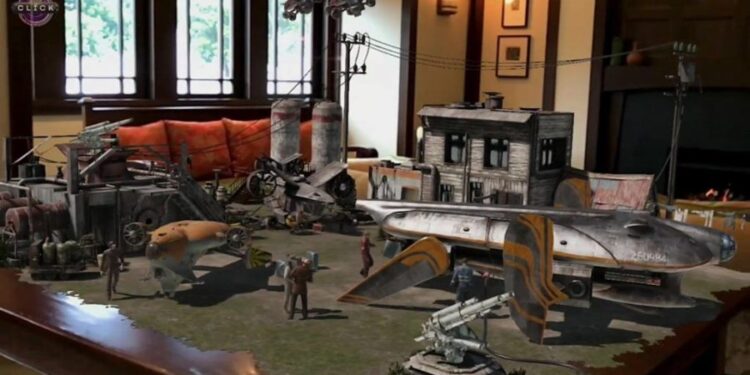 Augmented reality is certainly not new tech. The first usage of AR traces back to the early 90s. However, companies like Apple, Microsoft and Google are making huge strides in making the tech readily available to game developers and filmmakers. AR/VR tech is drawing huge quantities of funding and, with the announcement of Apple’s ARKit for iOS, the stage is set for a huge boom in augmented reality.

In the video below, we see Coull using the tech to display a small town on top of a tabletop using the screen of an iPad. Using the screen, users are able to view the town in three dimensions – making it seem super real and interactive. Half way through the video, a sci-fi ship flies in and attacks the town.

The scene was built using Epic games’ Unreal Engine 4 game engine. Is this the future of gaming?