It’s time for the annual Pro Evolution Soccer versus FIFA debate. Let’s be honest here: it’s fun to play both these titles and then debate which is the superior football simulator. For the past two years, PES has had FIFA‘s number in most of the critical departments. This year, however, FIFA 18 made significant strides to regain its title, but did it succeed? 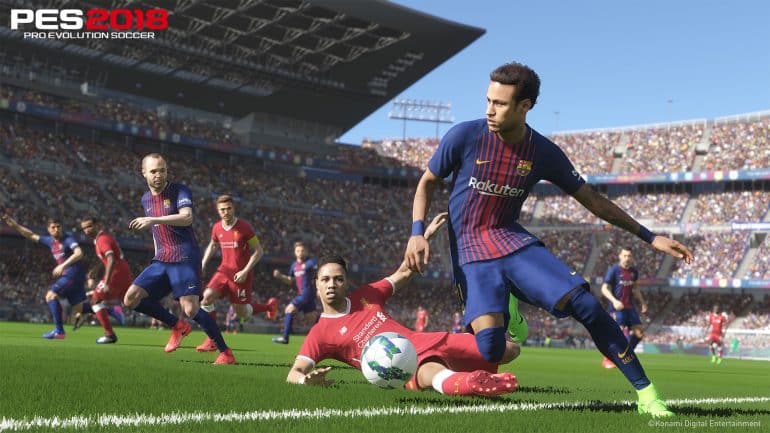 The answer is a mixture of yes and no. In terms of graphics, PES 2018 is mostly the same as its predecessors. When you view the close-up shots of the players, it looks impressive and detailed, but from afar, the stadium, players, and fans look blockish and not what you’d expect from an eighth-gen title. Also, those old-school menus have got to go now. They are heavily dated and it’s about time for a new look.

This is where FIFA holds the distinct advantage: it looks snazzy at all times and even better with this year’s animations. I must point out, though, that Konami covers a lot more authentic player looks than I expected. Some of these should’ve been present in FIFA 18, i.e. Bernardo Silva, but they were oddly not included. 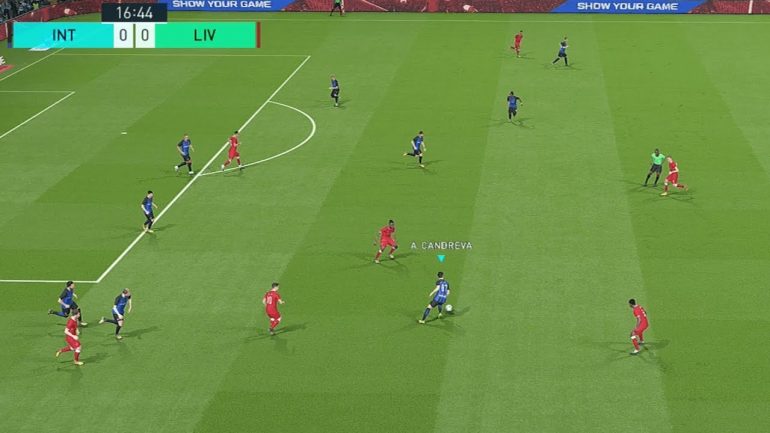 It’s in the gameplay where PES 2018 kills it again in an evolutionary (not revolutionary) way. Konami gets what football is about. From the dynamics of the ball, to how dribbling works, to the unpredictability of the beautiful game, it’s as authentic as the real thing. At the same time – like football – this means you’ll have to dedicate some time to getting better and honing your skills. So, this isn’t quite the game that you can put on when your football-loving friends stop by for a quick match. It’s true that FIFA caters more for the casual gamer.

PES‘s commentary also needs a major refresher. This year’s is particularly dreadful, as you can tell that Peter Drury and Jim Beglin phoned it in. The phrases and descriptions are identical to previous years and there’s no excitement behind their delivery. It’s simply awful and needs to be called out for being one of the poorest elements of the game. 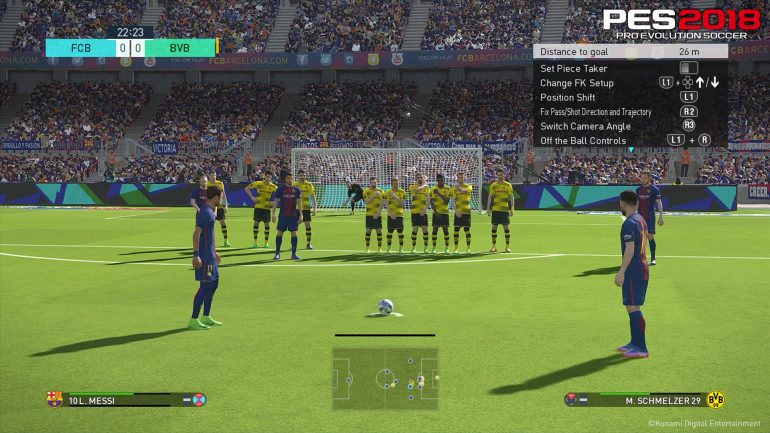 Considering the features, there’s not much of a significant improvement in PES 2018 from its previous versions. If you played last year’s release, you’ll know exactly what to expect (unfortunately, there’s nothing to compete with FIFA‘s The Journey here). Its best feature is the new Random Select Match, which allows you to create a fantasy football team (with certain limitations). It’s a simple concept, but it’s a nice pick-up-and-play mode when you got a few minutes to kill and want to play an all-star match. Apart from that, it’s the Master League and MyClub that’ll keep you busy.

All things considered, Pro Evolution Soccer 2018 remains barely a nose ahead of FIFA 18 this year. At the end of the day, it’s about what happens on the pitch and that’s where this game shines. There’s just no other authentic football experience like this. That said, if PES doesn’t improve its off-the-field side of things, FIFA will soon overtake it.