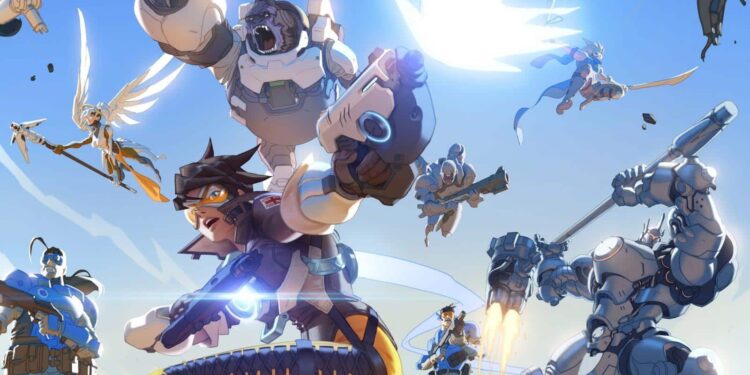 With the launch of Overwatch just around the corner and the open beta in full swing, it is probably a good idea to get to know the different heroes. There are 21 to choose from, each with their own unique strengths and weaknesses. These heroes can be divided into four groups, Offensive, Defensive, Tank, and Support.

The Story of Overwatch

Overwatch takes place in an alternate distant future where humans and robots, known as Omnics, existed together in harmony. Unfortunately, as with all things in life, this peace did not last long. The Omnics began constructing militarized robots in order to stage an uprising. As a last resort, The United Nations brought together the most elite soldiers they could find from across the world and formed the peacekeeping force known as Overwatch. Overwatch succeeded in fighting off the Omnics and saved Earth, but as time went on accusations of human rights violations and internal conspiracies started to tear the organization apart from the inside. After years of being dormant, it seems the time is right for Overwatch to return and fight the scourge of terrorism and corruption that is threatening the world once more.

Fast, silent and deadly, Reaper moves through the battlefield like an unseen spirit, quickly killing opponents then draining their corpses for health. Reaper is at his best when in close combat and he can move in quickly to take out vulnerable targets. This also means that he is great at ambushing opponents, then slipping back into the shadows.

Tracer might not be as tough as some of the other heroes, but she sure is hard to hit. With her ability to control her own passage through time, Tracer can zip and dash through the battlefield, escaping attackers and ambushing unsuspecting opponents.

Tracer makes getting behind the enemy lines a breeze. However, she isn’t as tough as some of the other heroes and it is best if she avoids large groups of enemies. Should she be caught in an ambush she can quickly rewind time giving herself a second chance to avoid the ambush.

As the gunslinger of the group, McCree prefers dispatching foes with his revolver, the Peacekeeper.

McCree is at his best when fighting foes at medium range. His flashbangs enable him to blind an opponent and then quickly close the distance between them while unloading his bullets into them. Although McCree is a formidable opponent up close or even at medium range, his low mobility means that it is quite easy to outflank him before he can kill you.

Pharah’s jump jets make her a very versatile and mobile hero. Not only do the jump jets offer her great mobility, but also helps her escape sticky situations.

She is also great at taking out enemy snipers rapidly and effectively as she can reach them quickly using her jump jets. Pharah fares well against slow-moving or firing enemies with a short-range. They aren’t able to hit her when she is airborne. She also has one of the most devastating ultimates in Overwatch.

Soldier: 76 is the Swiss army knife of heroes. He tends to be a well-rounded offensive hero.

He is able to attack and do substantial damage from any range. He is also able to quickly traverse the battlefield, supporting his team along the way.

Soldier: 76 is an ideal hero for new players. His abilities and tactics are quite easy to learn. This does not mean that he has nothing to offer veterans. Mastering him completely can take some time.

Every game needs a cybernetic ninja, and that is exactly the role that Genji aims to fill in Overwatch. His high level of mobility along with his ability to attack up close and at range makes him the perfect flanker.

Able to reach almost any point in any map, Genji makes getting out of tough situations easy, especially with his ability to reflect the attacks of enemies back at them.

All that aside, the fact that he is a cybernetic ninja should be the main reason players would choose him as their hero.

Having an obsession with anything that goes BOOM, Junkrat excels in the use of explosives. His ability to place traps and create large areas of destruction makes Junkrat perfect for defending specific locations.

His Frag launcher deals high amounts of damage. The downside is that aiming his weapon can be difficult, which of course makes fighting up close difficult for him. Junkrat performs best when setting up traps and chucking grenades from a distance.

As a brilliant engineer and the inventor of the advanced weapons used by Overwatch, Torbjörn is able to place turrets in order to mow down foes.

This makes him well suited for creating choke points and covering defensive positions. This also means that in order for players playing him to be effective a good sense of direction and knowing the map well can make all the difference.

As a scientist trying to save the world, Mei tends to be better at seriously frustrating her opponents than actually eliminating them.

Her specialization is in weaponry that slows down and damages her opponents, this includes her Endothermic Blaster which over time freezes her opponents in place.

She also has a very handy ice shield that temporarily makes her invincible and slowly heals her. She can also place ice walls that block off enemy paths as well as create choke points.

Bastion robot units were originally created for peacekeeping purposes. Although Bastion might appear gentle, it still remains a combat unit.

Bastion has the ability to transform himself into various modes. When in Sentry mode Bastion becomes a stationary powerhouse, mowing down enemies, in Tank mode Bastion has a powerful long-range cannon capable of lending support from a distance.

Although Bastion can be a great hero for new players, taking the time to familiarize yourself with his abilities is crucial.

If keeping your distance and sniping enemies from afar sounds like fun to you then Widowmaker is your type of hero.

Her ability to grapple up to higher vantage points in order to take the perfect shot makes her deadly from afar. She can also be very helpful when attacking choke points as her sticky mines assure that anyone standing still for too long will quickly be disposed of.

With his bow in hand, Hanzo tends to excel at medium-range sniping. What adds to Hanzo being so deadly is that he is relatively silent when moving, and his arrows are hard to see.

This makes him a much stealthier sniper than Widowmaker. His Scatter arrow ability means that cornering him could become deadly for his opponents. Getting to higher vantage points is made a lot easier thanks to his Wall climb ability that lets him scale any flat vertical surface.

Reinhardt is one of the toughest members of Overwatch. Boasting high base health and the ability to summon a massive barrier to protect himself and his team-mates with, Reinhardt is a force to be reckoned with.

While it may seem that Reinhardt’s abilities might be defence-orientated, make no mistake he can be a deadly offensive threat. His rocket hammer and Charge ability’s high damage makes him a hero for those who love to be in the thick of things.

Unfortunately, his high damage comes at a price as he is only really effective at close range.

Roadhog has a unique playstyle as he tends to focus and singling out vulnerable opponents to slaughter.

His healing ability and deadly Scrap Gun makes him a fearsome opponent in one on one combat, however, his lack of any defensive abilities makes him vulnerable when taking on large groups of enemies and when it comes to defending your team.

Zarya is a difficult tank hero to master, but once that hurdle is out of the way she can be a very rewarding hero to play as.

The trick to using her is that she absorbs enemy fire with her barriers, which in turns increases her damage substantially. Once she reaches her maximum potential she becomes a destructive force on the battlefield.

Unfortunately, with all this power comes a weakness, Zarya is one of the weakest tank heroes and even her barrier abilities last for only for a short duration.

D. Va’s Booster ability along with the ability to knock back opponents and damage them when boosting into them makes her a real threat when in close combat.

The best part is that her Boost ability can also help her quickly evade the enemy should things become a bit overwhelming. A lot of D.Va’s strength lies in her ability to harass enemy players by quickly attacking them at close range and doing loads of damage, then quickly escaping to safety.

Winston is a highly mobile, damage-dealing Gorilla. His ability to cross vast distances in a single leap makes him one of the most mobile tank heroes in the game.

His Tesla Cannon coupled with his maneuverability makes him a perfect hero for harassing enemy groups and getting them to scatter. Just like his team-mate Reinhardt, Winston also lacks medium and long-range attacks, which makes him vulnerable when facing opponents who have access to long-range weapons.

Zenyatta can be considered an offensive support hero, as he is quite adept at killing. Most of his killing power comes from his Orb of Destruction and Orb of Discord abilities.

To balance his offensive abilities Zenyatta also has a healing ability called the Orb of Harmony as well as his Transcendence ability, with which he can help keep his team alive.

Although Zenyatta might seem powerful his most glaring flaw is his low health, he is by far the most fragile hero in the game with very little mobility. It takes a clever player to use Zenyatta successfully.

Lúcio is one of the most versatile support heroes, as there is a good balance between his healing abilities and offensive abilities.

He is able to deal damage using his Sonic Amplifier while still able to heal his allies. His ultimate ability provides a massive speed boost as well as a damage absorption shield, this comes in quite handy when being overrun by your opponents.

Symmetra is one of those heroes that take some time to master. She has a variety of support abilities that can help her allies out in various ways.

These abilities can increase her team-mates maximum health, help them teleport in the battlefield and create choke points with turrets. She is even capable of dealing large amounts of damage over medium and long distances. The down side to using her is that she has no healing abilities.

Mercy, as her name indicates, is the healer of the group.

With the abilities to slow down her decent from great heights and the Guardian angel ability that helps her to cover ground quickly, Mercy is able to follow team-mates around the battlefield rapidly while healing or buffing them.

Mercy works best when kept away from the frontlines, and healing her allies from afar.  Her mobility coupled with her extensive healing abilities makes her a welcome sight in any battle.