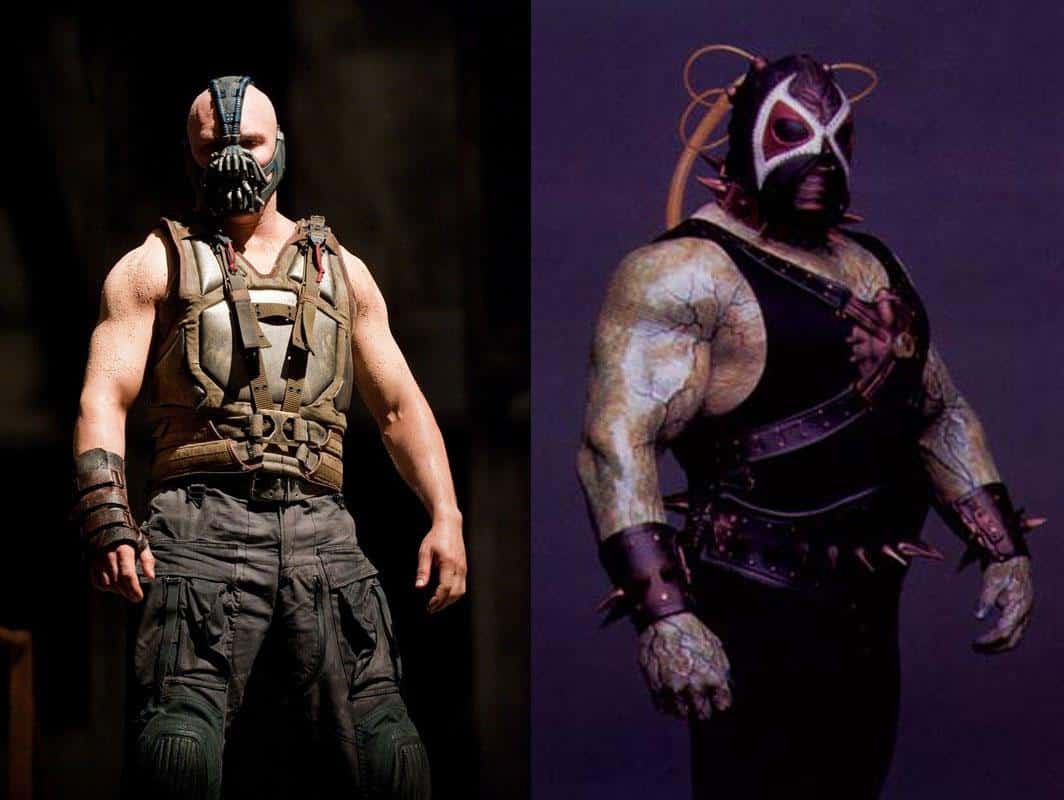 Out of Character: 10 Times They Should Have Stuck to The Comics

Some have argued that it doesn’t matter if it’s accurate, but there are lots of cases where filmmakers should have stuck to the comics.

Say what you want about that Fantastic Four reboot, at least it got people talking. Presumably, 20th Century Fox was hoping that there’s no such thing as bad publicity because this film really rubbed many fans the wrong way. Between unusual casting choices, an all-new origin story, Doctor Doom looking like the world’s ugliest mime, and the director advising the lead actress that reading the comics isn’t necessary for her to portray the character, you’ve got to wonder if they even cared about the source material.

Sometimes you’ve got to learn to let things go. Fans have really tried to bury all memory of this in the kitty-litter but even then the stench of it keeps coming back. There have been some brilliant Catwomen over the years from Julie Newmar to Michelle Pfeiffer, but Halle Berry wasn’t one of them. With the all-new character name of Patience Phillips, an origin story that defied any connection to the comic books and a costume that was more stripper than superhero, it’s little wonder the film won several Golden Raspberries and that even Halle Berry referred to it as a P.O.S.

Not to be confused with the far cooler reboot, the Sylvester Stallone version ditched his Lawmaster motorbike for a flying jetski and had audiences either laughing or crying as Dredd painfully mouthed “I AM THE LAW!”. He didn’t quite look right, didn’t quite sound right but his origin story was on target. Then they ditched the helmet and it all fell apart. Even if you’re not a comic book fan you may have heard that Dredd never, ever shows his face. That’s the point. Yes, they changed the character of Fergee from a sewer-dwelling moron into a weasly computer hacker, yet seeing Judge Dredd without his helmet and whining like a baby in most of the scenes was painful.

It’s lousy when a character is portrayed badly… but a whole team done wrong is unforgivable. Read Alan Moore’s League comic books. Then watch the film again. Then understand just why Alan Moore wants his name off projects like this. The story was changed although that’s far from the biggest issue. Throw in some new characters who weren’t in the original, change everyone that was (the invisible man has a new name, Mina Murray is now a full-on flying vampire, Allan Quartermain is at peak performance) and its poor reputation becomes justified.

I have a confession to make – I enjoyed Tank Girl. Unfortunately, I also enjoyed the original comic stories and, as cool as Lori Petty is, the character she’s portraying isn’t quite the same. The look and attitude are close but there’s something fundamentally off about her. It’s hard to tell if she isn’t Australian enough, if it’s because she doesn’t pick her nose and vomit enough, if she keeps the sex, drunkenness and drug abuse to a minimum or if she doesn’t collect enough pencil sharpeners. She doesn’t seem to fart that much either. The inclusion of these things may not have improved the box office fortunes of the film, but at least they would have given the fans what they wanted to see.

Despite how right the TV series seems to be getting him, the memory of Keanu Reeves starring as the British dabbler of the dark arts still can’t be overridden. For all the things that film got right it, got just as many wrong, and the casting of Keanu has to go down as one of the worst decisions ever. Constantine suddenly having a whole new nationality and a different look was enough to make fans roll their eyes and feel sorry for Alan Moore once again. To make matters worse, in both versions they still haven’t been able to pronounce the character’s name properly. It’s Constan-TINE, like “fine”. Get it right, please!

When Bane was first introduced into comic books he was given a detailed back-story, and we learned that for all his physicality he was also nimble, agile and silent. He was also smart, being mostly self-educated but with a keen tactical and logical mind. Not bad for a guy who grew up in a prison on the Caribbean island of Santa Prisca. Despite this rich history, the performance of Robert Swenson in Batman & Robin was dire; seeing him reduced to a lumbering idiot who could barely talk and played sidekick to Poison Ivy was shocking. Tom Hardy’s performance years later wasn’t much better either, offering longer but less coherent speeches, forgetting just what accent he was supposed to have and being as tactically aware as a sloth on tranquilisers.

Bane shouldn’t feel singled out here because there was plenty of blame to go around. In a film full of mistakes the biggest was Batgirl, and Alicia Silverstone deserved her Golden Raspberry award for it. Yvonne Craig showed on TV how good Batgirl is, Dina Meyer in Birds of Prey showed how good Barbara Gordon is, but Silverstone wasn’t good as either. Oh, wait… in a way that made comic book fans wail they said that Batgirl wasn’t Barbara Gordon, she was now Barbara Wilson. Apparently, that’s Alfred’s niece. Who’s American? Uh…

Rogue has been one of the most popular X-Men characters of all time. Smart, sexy, strong and sassy, she’s the Southern Belle who can hold her own in any situation. It’s hard to tell just what her role was in the X-Men trilogy though, with Oscar-winning actress Anna Paquin being a helpless waif in the first film. Her role was reduced in the second, doing little more than sitting in the back of the X-jet and becoming the girlfriend of Iceman. In the third film she does even less and her biggest moment is to stand in a queue.

Here was a pilot TV movie that was supposed to focus on the personal lives of the heroes, so the key was to be honest to the characters. You’d think that, anyway. It’s hard to know where to start, from the emotionally sensitive Guy Gardner (the turquoise lantern, judging by his costume) to the Flash being the dumbest man alive. The Atom has the amazing power to rescue a cat, the most resemblance Fire bore to her comic book counterpart was being a woman, Ice wasn’t a Nordic Ice Maiden and J’onn J’onzz looked like he’d been hitting the ice cream parlour. From their underwater watchtower (what?!) they manage to save the day thanks to a trick they learned to do with chewing gum. That’s how wrong these characters were.

This was the film that’s notorious for Cap wearing rubber ears on his mask and teaming up with the President of the USA! But when it came to character assassination the real victim in this disaster was the Red Skull. The Hydra boss formerly known as Johann Schmidt had a different name (Tadzio de Santis), a different nationality (Italian instead of German) and didn’t have a red skull except in a few scenes, having gone for plastic surgery. How can the Red Skull be the Red Skull if he doesn’t have a red skull?! He may have been the villain of a thousand faces back in WWII but this was one that the fans could have done without…