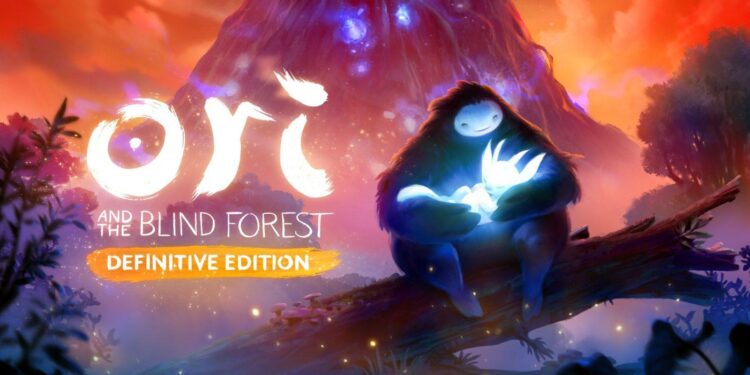 When I first heard about Ori and the Blind Forest I did some research, and got as far as: “Assume control of Ori, a white guardian spirit, who has the ability to wall jump and pairs up with a spirit named Sein, the “light and eyes” of the Forest’s Spirit Tree, who is able to shoot Spirit Flames…”

A 2D platform adventure game by some obscure publisher is not really how I plan to spend my time and money.

Then I got the opportunity to play the game, and I have to be honest, this could just be one of the best games I’ve ever played on Xbox One. 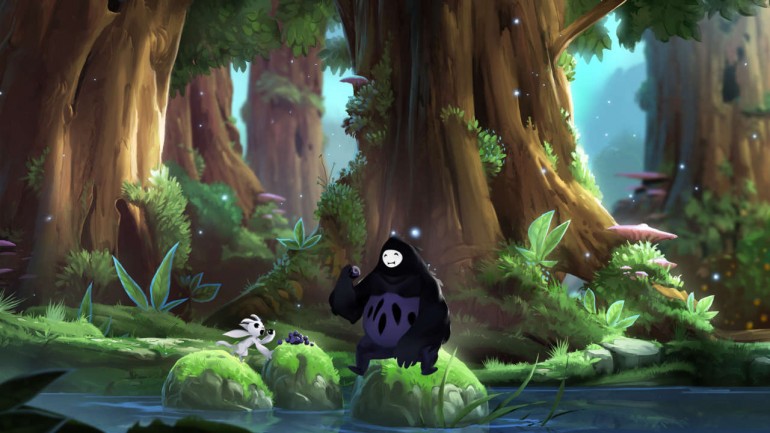 I’m not even sure how to explain it to you… there are many similarities to classics of the genre like Rayman and Metroid, and the story is a typical “coming of age” tale not dissimilar to Lion King or Iron Giant (as the press release states), but after playing for approximately 9 hours, I would say it’s more Lord of the Flies than Lion King. Imagine you tried to explain Super Mario Bros to a Japanese person over the phone. That’s Ori and the Blind Forest.

And I love it! Granted, I love most things Japanese, but this game, in a word, is beautiful! Every frame looks like a piece of Japanese art. The music is haunting, a proper zen experience.

This is a very good thing because this game is HARD. Now I’m not one to complain about difficult games. I always choose the hardest setting on the games I play, I mean, I paid a lot of good money, I want it to last as long as possible. But this game is (if you’ll excuse the pun) next level.

The Definitive Edition includes an Easy mode, which I switched to toot-sweet, but actually didn’t make life much easier. 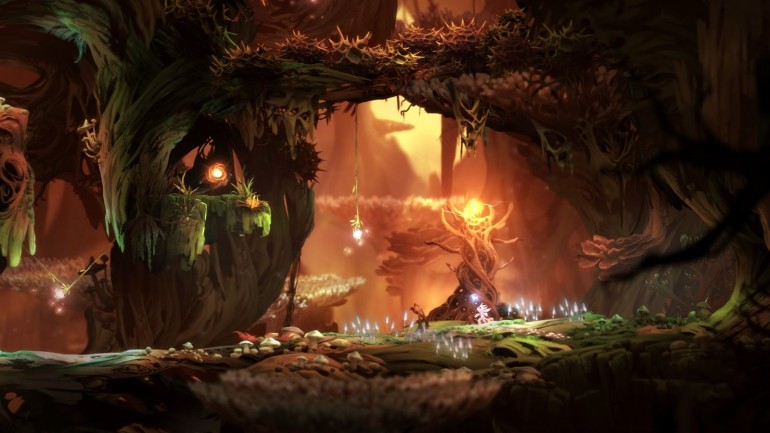 So, getting back to the music, I think if it had any other music and I may have thrown my console against the wall.

Another boon is that you can save pretty much as often as you like. There are save points scattered around the world, but the player can create “Soul Links” anywhere, as long as you have enough energy cells, which you collect when you kill the fauna and flora that’s out to get you.

The story is typically Japanese. Set in the forest of Nibel, the story is narrated by the Spirit Tree. It tells of how Ori, as a newborn, got blown away during a storm and eventually got adopted by Naru, a strange hybrid of Telly Tubby and gorilla. Naru raises Ori as her own but dies when food in the forest runs out when the forest gets hits hit by some bad juju.

Ori, alone and starving, collapses near the Spirit Tree, which revives him. He then gets partnered up with a ball of light called Sein, which is the equivalent of Jimny Cricket, if Jimny Cricket could shoot balls of fire. Sein leads Ori through the various maps which the game is made up of. The end game for Ori is to bring the forest back into balance and to do that he needs to find the light of three main elements, Water, Wind, and Warmth.

The villain of the piece is a giant owl named Koru, which wants to destroy the light forever.

Now, before you think Koru is your run of the mill one-dimensional villain, she has a very good reason for wanting the light gone and Ori dead. Turns out, when Ori got blown away in the storm, the Spirit Tree sent out a blast of light to find Ori. This flash of light was so intense, it killed all of Koru’s newly hatched chicks.

The resolution of this drama is not your average “Good Guy beats Bad Guy in Boss Battle” stuff. 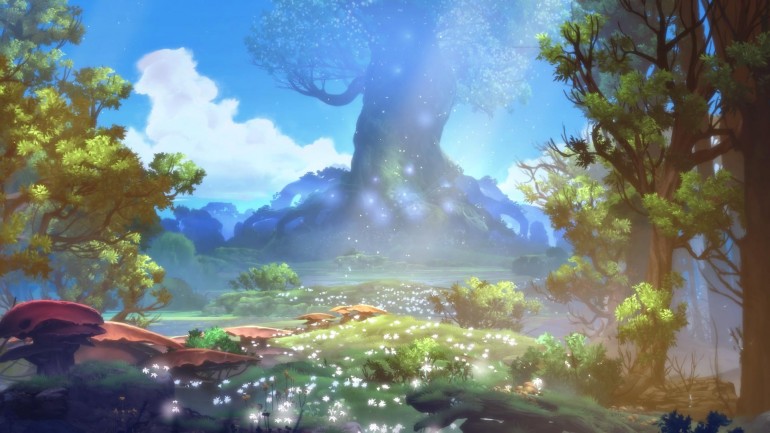 Ori and the Blind Forest: Definitive Edition is a fantastic game. Its breathtakingly beautiful to watch and listen to. The mechanics are smooth and seamless and the puzzles and challenges are really difficult, and the story is something different.

As a die-hard FPS gamer, Ori and the Blind Forest: Definitive Edition is not the kind of game I would normally consider, but having played it, I can say definitively that it’s my top game of the last 12 months.

On top of that, Moon Studios is pretty unique. They don’t have offices. They are made up of developers working in countries all over the world. Apparently at E3 2014 was the first time many of the developers ever actually met. I think that’s pretty cool.

You will be challenged. You will cry. You will die quickly and often, but you will cheer every time the little white guardian spirit overcomes impossible odds. 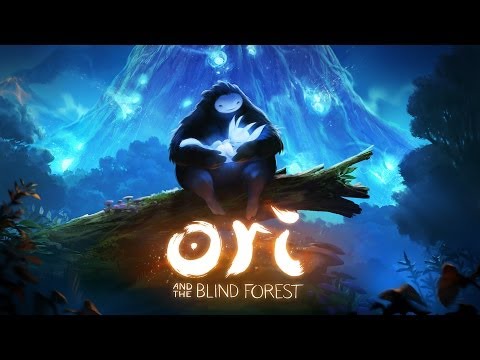