Ori And The Will Of The Wisps – Gorgeous Platforming 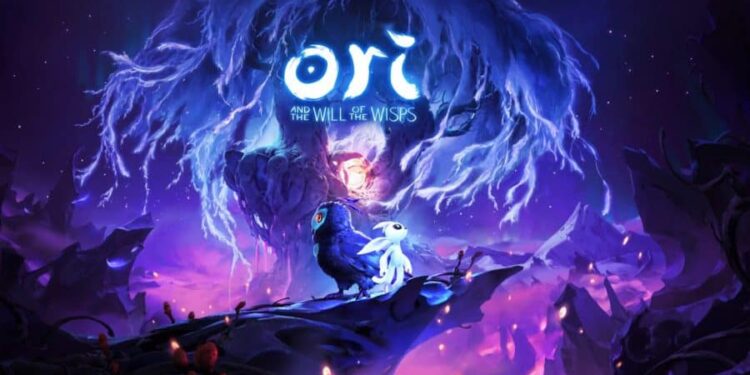 When I reviewed Ori and the Blind Forest in 2016, I went full fanboy on it. Moon Studios took the ‘ancient’ 2D platformer format and created something completely magical and breathtakingly beautiful. It wasn’t just a visual treat, but the storyline was as deeply dark and sinister and at the same time, somehow, full of hope.

The idea of a small, unassuming little feline ball of light facing off against an enemy, large and looming, in an attempt to avenge the death of his mother and save the rest of his forest home, is tragic and awful and beautiful. 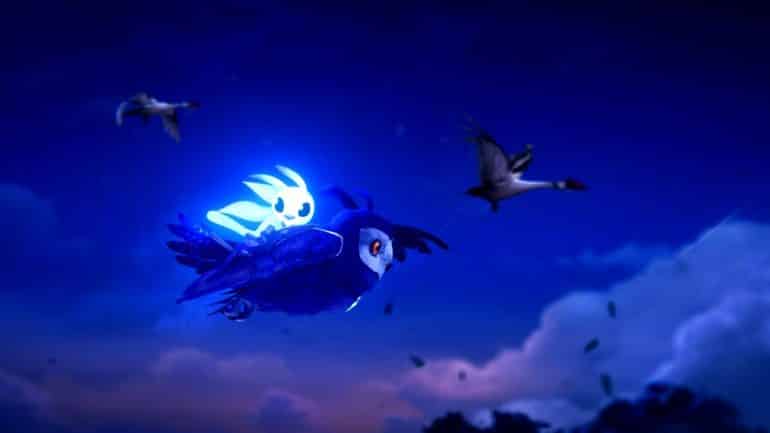 The sequel, Ori And The Will Of The Wisps, picks up almost exactly where Ori and the Blind Forest finished. The giant owl–boss, Kuro, has left an egg which hatches and the little owl, Ku, gets adopted into Ori’s strange family. The cinematic which establishes this relationship is mesmerising and if you aren’t careful, you’ll have set yourself up for the inevitable gut punch that follows which gets the game proper moving.

In broad strokes, Ku has a malformed wing which prevents him from being able to fly. Ori gives Ku the feather from Kuru, which allows the little owl to fly. In a joyous aerobatic celebration, Ku takes Ori on a magic carpet ride. They hit a thunderstorm and things go bad, as should be expected.

They get separated in the storm and Ori wakes up in a new land. In his quest to find Ku, Ori gets involved in the lives of the inhabitants of this place and it soon becomes apparent that this land is suffering from the same creeping death he saved his home forest from in the original.

From this point, it’s game on. 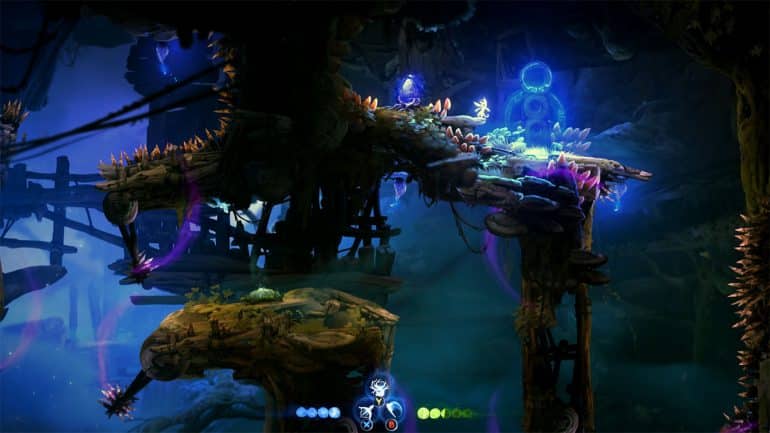 Everything in Ori And The Will Of The Wisps is bigger. The levels are bigger, the side quests, bigger. The interactions with the denizens of this forest, bigger. Battle, bigger, skills tree, bigger.

In fact, this game could very easily have felt like a totally different game, but the crew at Moon Studios hit the balance perfectly. This is Ori, just more so.

Every frame of every inch of this new game is vibrant and moving, like a breathing, living thing. Light dances and vegetation moves, sometimes violently, sometimes gently, but everything is in a constant state of motion.

Like before, this new forest is perfect for Ori to be able to show his acrobatic prowess. The control of these moves is very intuitive, as before, but this time there are areas that off-limits to Ori, until he acquires the skills necessary. These skills are much more prominent than in the original. There are far more skills to learn as well. You unlock them by completing quests, as before, but this time, it is imperative that you interact with the inhabitants of this new place. In the previous game, most of the narration was done by the giant tree spirit of the forest, but in this game, you have a vast cast of chatty NPC’s giving information, clues and making requests.

This gives Ori And The Will Of The Wisps more of an RPG feel and I think that’s cool!

It really pays off to follow every lead because something that seems insignificant now will save your life later in the game. 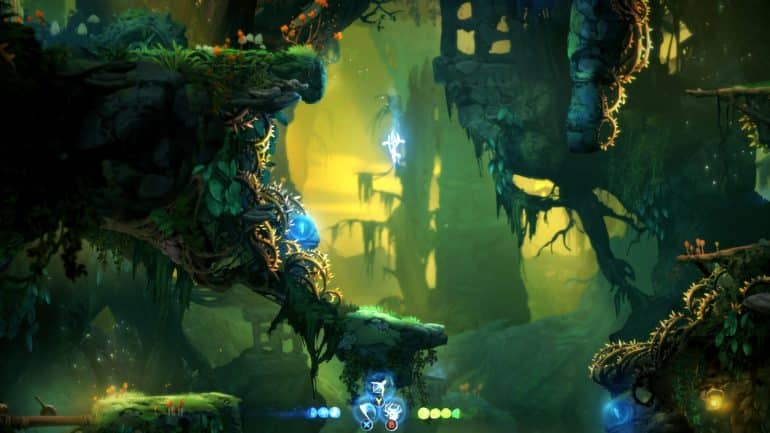 Combat has become far more refined, with a real focus on offence, wherein Blind Forest, your manoeuvrability was intended to keep you out of harm’s way. Now you can really build Ori up as a fiery combatant.

This is a very good thing as he goes up against some spectacularly large and scary (and did I say large) opponents. In the past, you would try to outmanoeuvre an enemy so you can get away, but this time you can hammer attack, fireball and power bash your enemies into submission. This is a very cool addition to the Ori recipe and one I look forward to seeing how it expands in future games, but it does change the nature of the game on a fairly fundamental level. It becomes a case of solving the puzzles on a level which results in a Boss-Battle before you move on. This is not bad, per se, but it is different.

Having said that, there is enough of what made the original feel like the ultimate Magic Mushroom trip to keep me happy. I think all the new elements added work. They are, for the most part, very well balanced. The story is still tragic and hopeful in equal measures and Ori is still the most awesome monkey-cat thing in the gaming world.

I had a thought (a theory, if you will) that Ori and the other 2D platformer I reviewed recently, Stela, are the same dreams dreamed by 2 different people. The overwhelming feeling of helplessness I sometimes felt in both games come from the same place deep inside, at least for me… Just a thought. 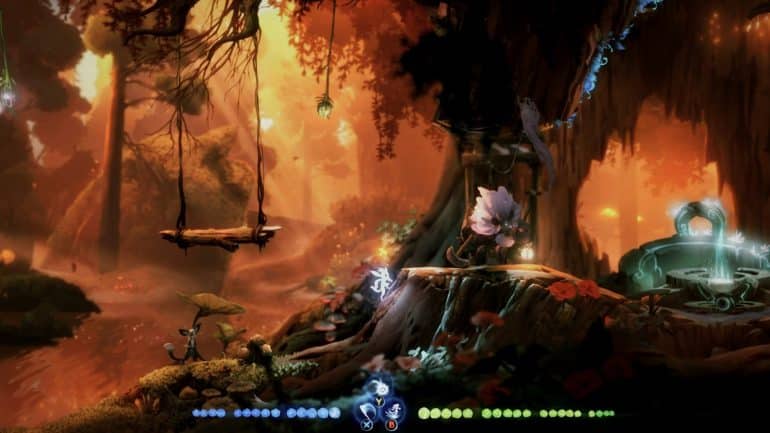 Back to Ori And The Will Of The Wisps, it’s every bit as good as the original, it has not lost any of its Alice in Wonderland charm and has grown in all the ways one could expect. If Blind Forest is the very best 2D platformer out there, Will of the Wisps is better.

It’s not without its flaws, mainly on the technical side. The review version was as full of bugs as 5-day old roadkill. Freezes at level change, crashing randomly and lost saves were a few of the most annoying, but the day of the official launch came with a fat patch that seems to have put things right, for the most part.

These are issues with the coding behind the onscreen action and will certainly be sorted out over time. Don’t let these issues put you off. If you have an Xbox One X and a 4K HDR TV, Ori And The Will Of The Wisps will blow you away. It is quite simply breathtaking.

I have no problem recommending this game. Buy it. It’s another classic.

Ori And The Will Of The Wisps

Ori And The Will Of The Wisps is a gorgeous 2D-platformer that you should absolutely play.