Odyssey Of The Amazons #5 Review – A Headache-Inducing, Frustrating Read 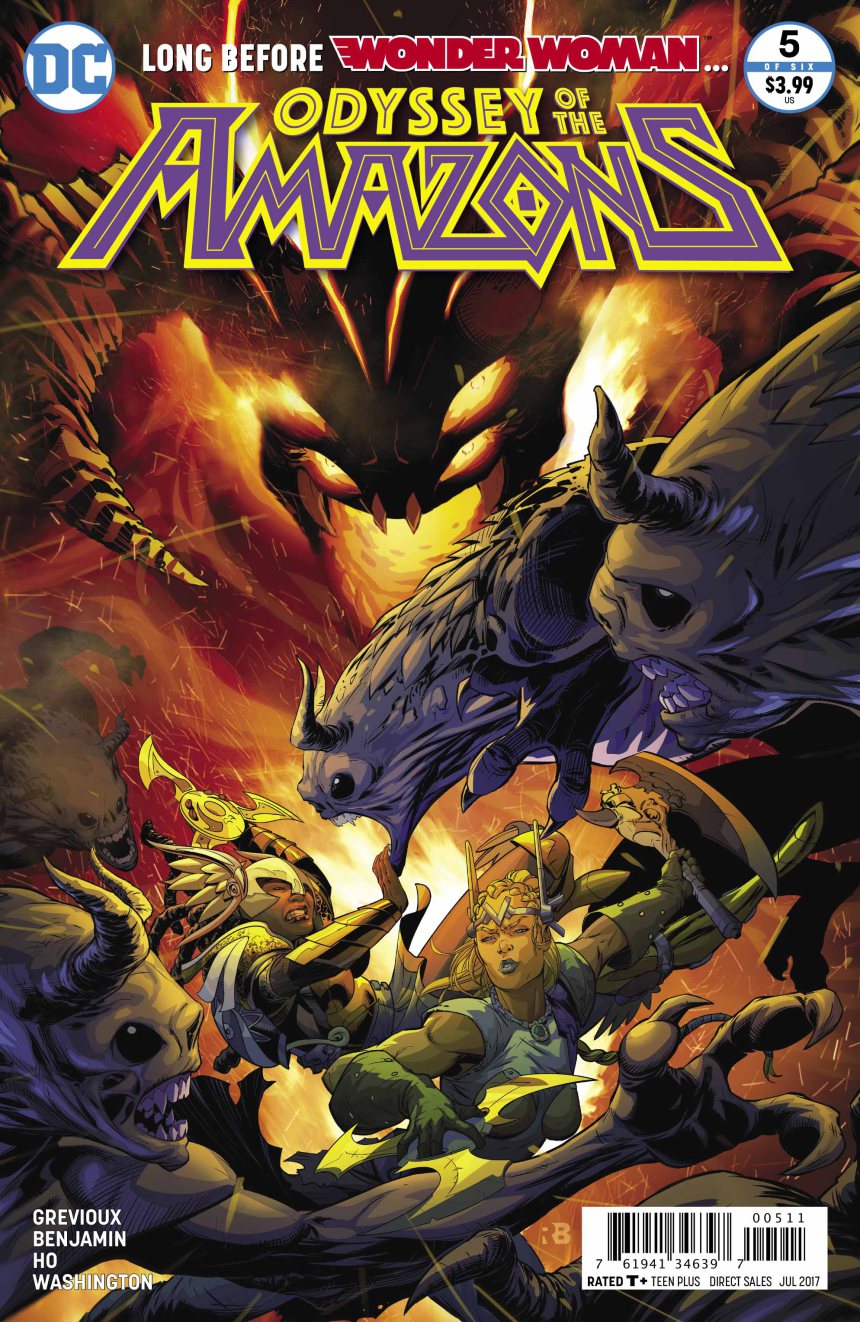 After a promising previous issue, it’s a return to poor form for what’s become less an odyssey and more of an ordeal. Odyssey Of The Amazons #5 is a headache-inducing display of poor writing and frustrating artwork, which struggles to generate any sense of excitement or create any sort of bond with the reader. While it may not be DC’s worst title out there, it isn’t far off. 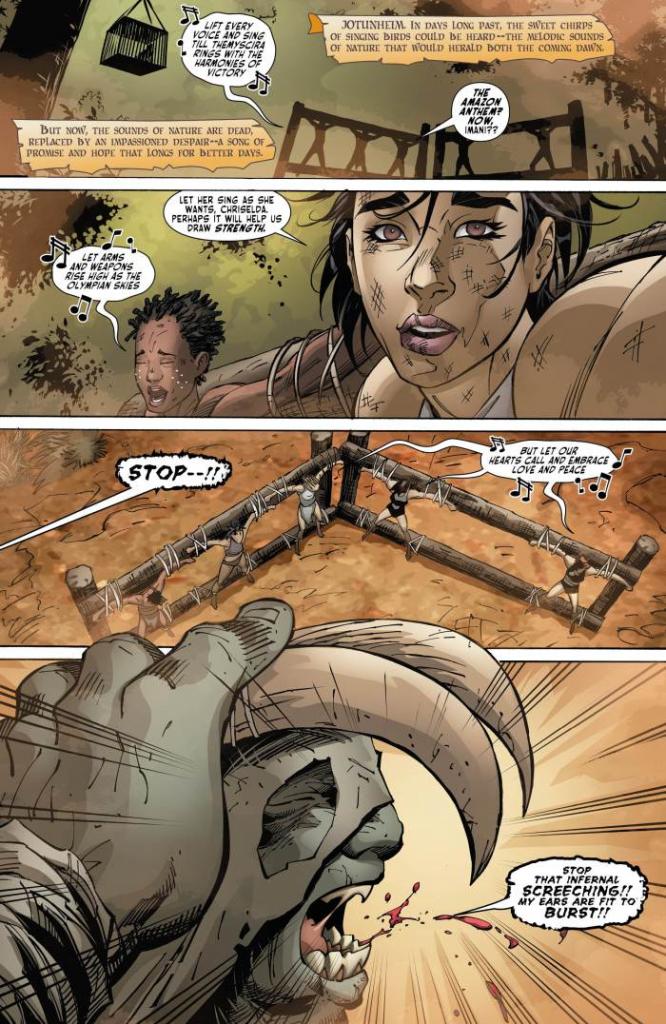 In Jotunheim, the small group of Amazons struggle to free themselves from their captors. Meanwhile, the Jotun leader and her army travel to Musphellheim to wrest the legendary Black Sword from the grip of the demon Surtr. However, their personal battle is soon joined by a third force: a team of Amazons and Valkyries, who have left Valhalla itself to put a stop to their plans…

Odyssey Of The Amazons #5 is a mess right from the very first page. Try this caption, for instance: “In days long past, the sweet chirps of singing birds could be heard – the melodic sounds of nature that would herald both the coming dawn.” Both the coming dawn… and what?! But before you waste time wondering why there’s an incomplete sentence, you’ll be astonished that the captured Amazons manage to escape and defeat… a single inept guard, presumably the ancestor of the one who Doctor Evil had guarding Austin Powers.

And how did the Amazon escape? Was it through her indomitable Amazonian will, cunning and strength? No. It’s because the inept guard didn’t tie her up properly. Not only is that sloppy writing, but it makes the Amazons look weak. 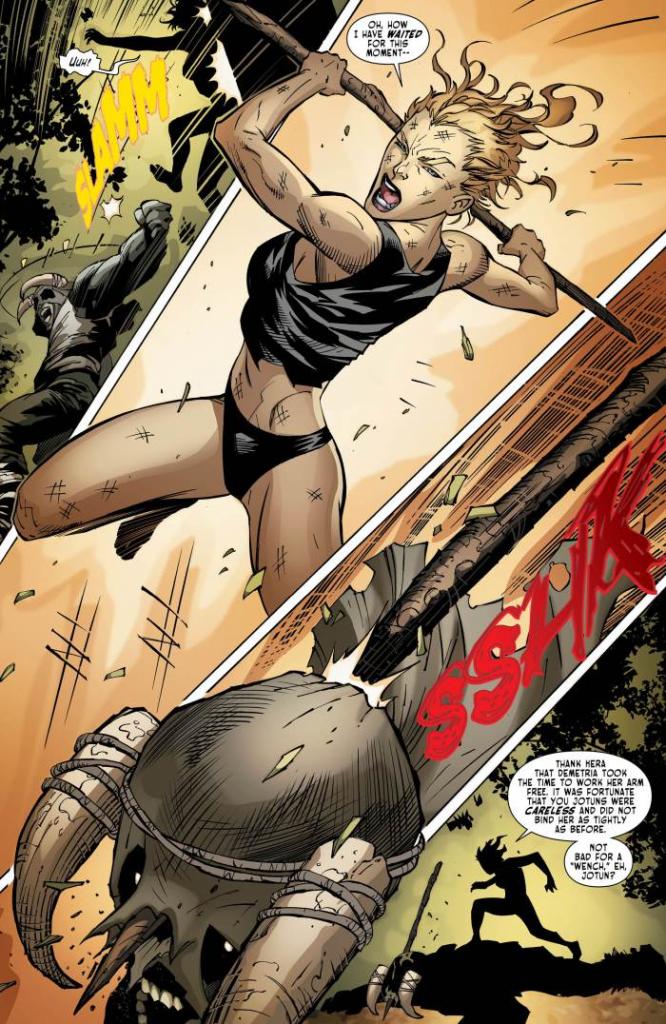 Not that the Amazons escape unscathed. One of them dies, although which one isn’t important since they all seem to be interchangeable. But she dies, uttering quite possibly the the most pathetic deathbed confession ever just to waste pages.

Not that the pages could be used for anything better, seemingly. Many of them in this issue are given over to the posturing between the leader of the Jotuns and the demon Surtr, and – since a majority of the panels are oversized – you’re getting very little for your money. It’s also disappointing that the artist couldn’t be bothered to draw facial features on some of the characters in some panels. It’s a trend seen often in comic books from various companies, and that level of laziness is unforgivable.

At times there have been brief glimmers of hope for this title, a chance that the tail-end of it may redeem the whole thing. With Odyssey Of The Amazons #5 that hope has been snuffed out. It’s bad, almost laughably so, and all we can do is be thankful that there’s only one issue left to go in the series. 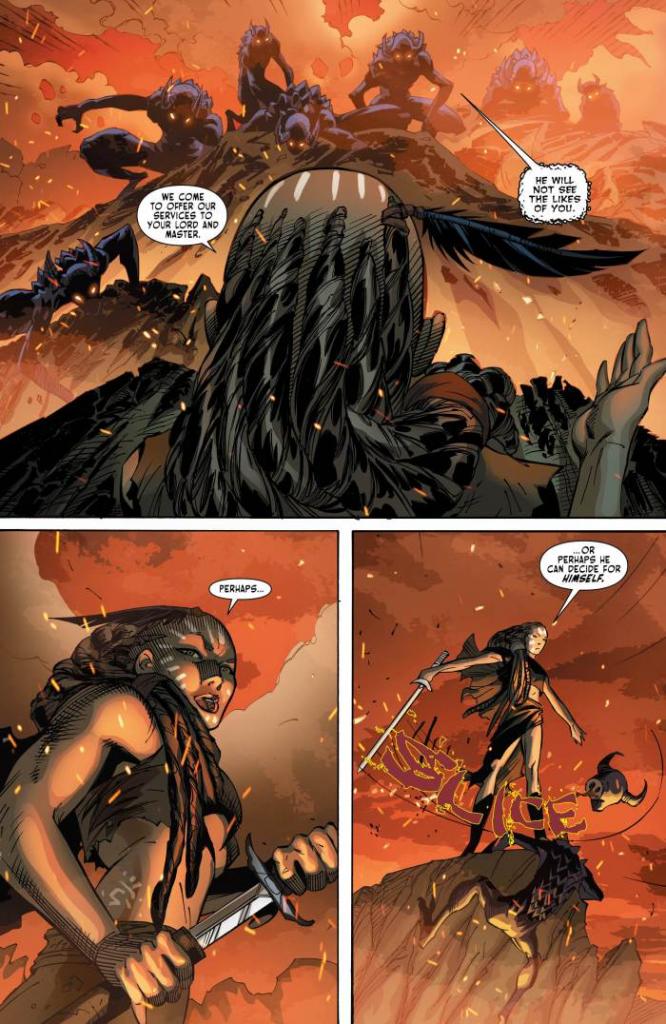